Alertness and bravery of Israelis prevented Tel Aviv terror attack from ending in far worse scenario: Bus driver struggled with terrorist after sustaining two stab wounds to the chest, slowing him down; forces present at scene chased, neutralized terrorist after he fled.

Some 17 people were wounded Wednesday when a terrorist boarded a bus in central Tel Aviv and stabbed the driver and passengers. The incident could have ended in more bloodshed were it not for the bravery of the bus driver and of Prison Service forces.

One of those wounded in the attack was bus driver Herzl Biton, 55, a father of three and a bus driver for over 23 years. 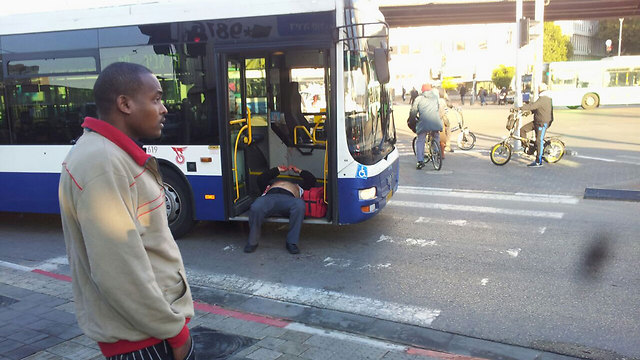 Biton fought with the terrorist and sustained two wounds to his chest during the attack. He is in moderate condition and currently undergoing surgery.

The driver reportedly called a friend right after the attack and said: "A terrorist attacked me, I feel like I'm going to die. Please, look after my kids."

Biton's niece was at the hospital and told Ynet: "It's a horrifying event. Everyone is freaking out in there."

She said that her uncle had previously stopped the bus because someone boarded with suspicious luggage. "If he hadn't been wounded, he would have neutralized him," she added. "He's a strong person." 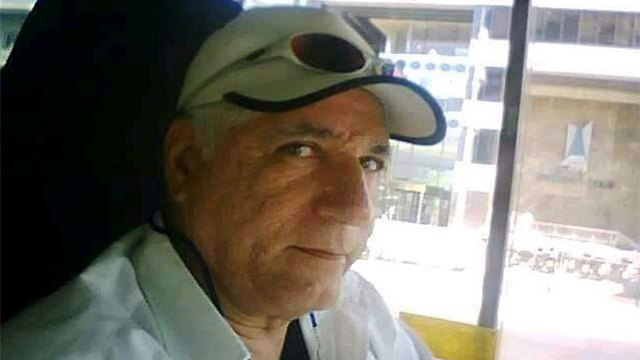 Tel Aviv District Police Commander Bentzi Sau said the terrorist "began the attack immediately after boarding the bus," and added that "after he hurt the driver he continued to stab other passengers."

He then fled the bus and was chased by a group of Israel Prison Service (IPS) guards who were in the area taking a prisoner to a local court house. 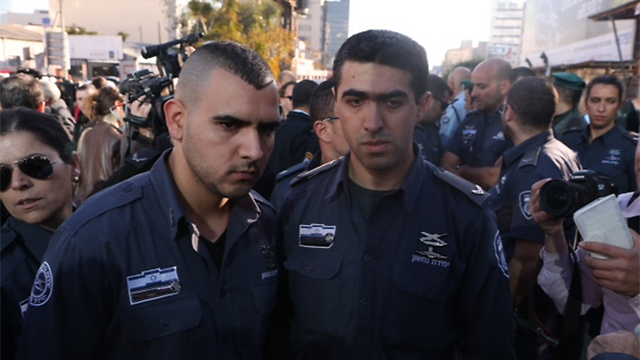 Benny Butershvilli, the commander of the forces from the IPS Nachshon Unit, said that the forces noticed something was wrong after they saw the bus standing at a green light. Shortly afterwards, the terrorist exited the bus on foot and attempted to flee and the forces began to chase him. 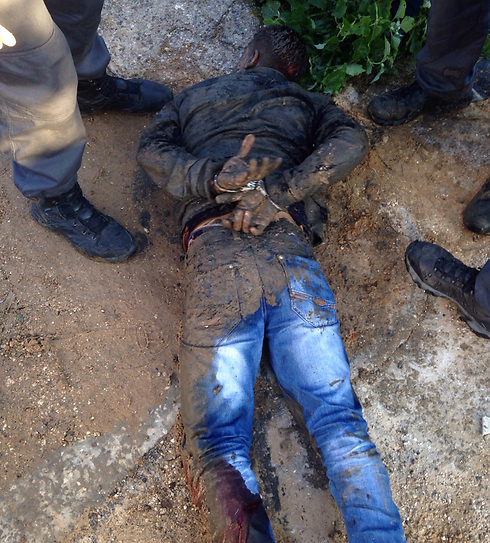 "At Beit Maariv Bridge we saw people crowding together and others calling for help, we immededly understood that something was wrong," Butershvilli said.

"A team of three fighters from the Nachshon unit and I jumped out of our car, spotted the terrorist and began chasing him.

"We fired at his feet and he collapsed. We then cuffed him and waited for the police to come."

"The Nachshon unit fighters operated with professionalism and determination just as is expected of them and of any security officer in uniform," said Lt. Gen. Aharon Franco, the chief commissioner of the IPS.

"I'm proud of the unit that neutralized the terrorist and of the team that provided aid to the wounded in total coordination with Israeli police and the other forces at the scene of the incident." 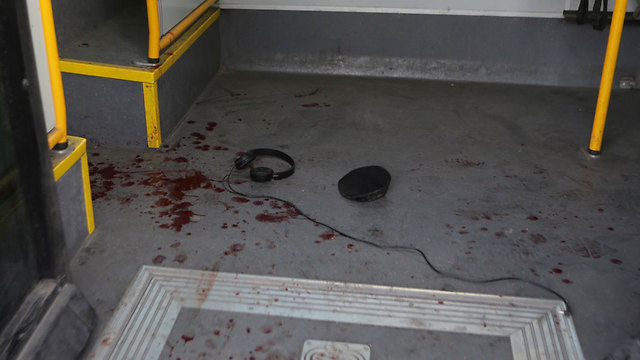 Yaron Brener
Internal Security Minister Yitzhak Aharonovich praised the driver and forces' "quick and effective response: This is exactly the way people should respond when a terrorist is running rampant and attempting to harm innocent passengers."

Hamza Muhammed Hassan Matrouk, a 22-year-old from Tulkarm, was named as the perpetrator. During questioning, he said he committed the attack because of Operation Protective Edge and events at the Temple Mount. He also said hew as motivated by watching radical Islamic material that spoke of "reaching paradise".

Almost 20 people were wounded Wednesday morning in the terror attack in central Tel Aviv. At roughly 7:15 am a terrorist boarded Dan Line 40 bus on Begin Road in Tel Aviv near the Beit Maariv Bridge and stabbed the bus driver and a number of passengers before fleeing the scene. He was then shot and captured by forces who were present in the area.

17 people were wounded in the attack, four are in serious condition, 3 moderately, 6 lightly and the rest suffered from anxiety.

Hamas praised the attack as a "heroic and courageous act."

Itay Blumenthal and Gilad Morag contributed to this report