The IDF is sending reinforcements to the north Thursday and Friday amid tensions along the border with Syria and Lebanon in wake of a deadly attack attributed to Israel by foreign media on military officials from Hezbollah and Iran in Syria. 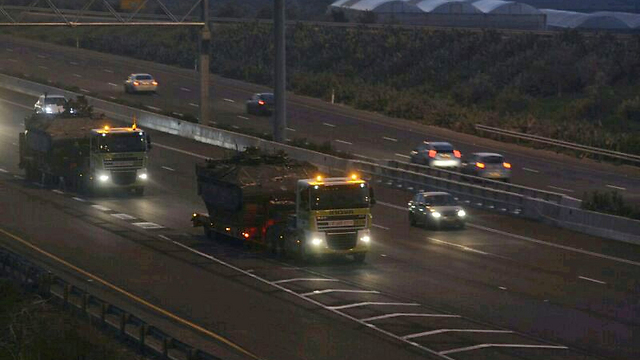 Massive IDF movement is expected in the upcoming day within Israel’s northern communities, top IDF sources told Ynet. The forces, they said, are part of the IDF’s attempt to address growing tensions in the north, which have seen both Hezbollah and Iran vow to take revenge for the alleged Israeli attack. 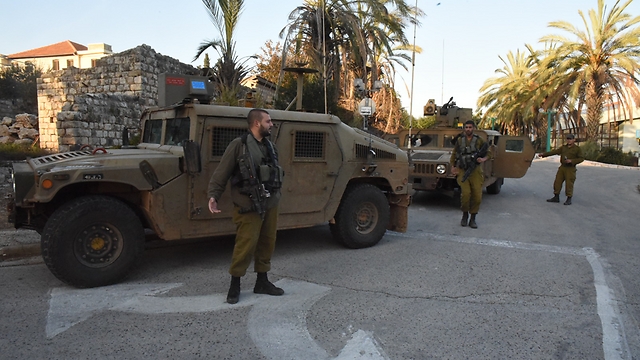 IDF forces in the north on Thursday (Photo: Avihu Shapira)

Meanwhile, reports in Lebanon claimed that supposed Israeli military aircraft were flying over the country's south. According to the reports, the planes were launching decoy balloons that leave a white trail of smoke.

Report also said IAF helicopters were spotted flying at low altitude over Lebanese villages in the south of the country.

Security forces on the Lebanese border went on high alert briefly on Wednesday evening over an initial fear of a suspected infiltration in the upper Galilee, after suspicious figures were identified near the border fence.

Close to 6pm, residents of Manara, Yiftah, Malkia, Dovev and Avivim in the Ramim mountain range area were instructed to stay in their homes, while kibbutz security squads from Malkia to Metula were called to the area. Roads in the area were also closed for traffic. After sending troops to the area, the IDF Spokesman announced no infiltration has occurred, but asked that residents remained in their homes. Al Arabiya reported that five people, who were suspected to be infiltrators, disappeared when the IDF arrived in the area. A senior Iranian Revolutionary Guard commander said Israel will be punished for killing one of its generals in the airstrike in Syria that also killed six Lebanese Hezbollah fighters.

Nasser Soltani says "Israel will certainly pay for what it did." He spoke during a ceremony Wednesday for Brig. Gen. Mohammad Ali Allahdadi, who will be buried in his hometown of Sirjan in southeastern Iran on Thursday.

Soltani is quoted by the state TV as saying Allahdadi was "martyred while performing his advisory mission" in Syria.

The Kuwaiti newspaper Al Rai reported Thursday morning that – despite an Israeli official denying the claim to Reuters – Israel was well aware of who was in the convoy and that the Iranian general was the intended target.

Roi Kais, AP and AFP contributed to this report