The Russian Army revealed on Tuesday a batch of secret documents kept underground in Moscow for 70 years which contained personal testimonies of officers and soldiers in the Red Army who took part in the liberation of Auschwitz concentration camp in Poland on January 27, 1945. "An endless convoy of people released by the Red Army is leaving this concentration camp – there are Hungarians, Italians, French, Czechs, Greek, Yugoslavians, Romanians and Belgians," it was written in one of the documents – referring to the Jews of those nations that were sent to the death camp in Poland by train. 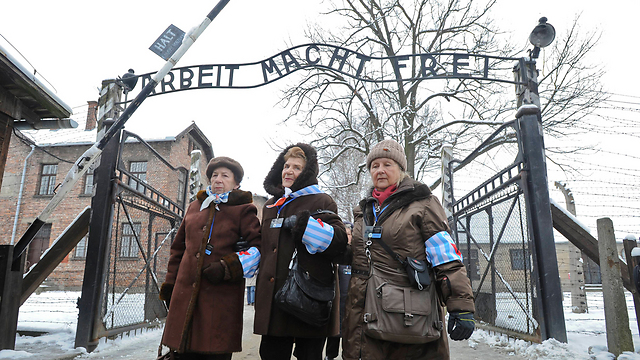 Survivors mark 70th anniversary of Auschwitz liberation at concentration camp in Poland. (Photo: Associated Press)
"They all looked like people who went through radical and horrible abuse. Among the people were elderly and small children, mothers nursing their babies and teenagers. Almost all of them half naked. At the Auschwitz camp, according to testimony, hundreds of thousands of people were tortured, burned to death, and hundreds of thousands were shot to death," it was written in another document. 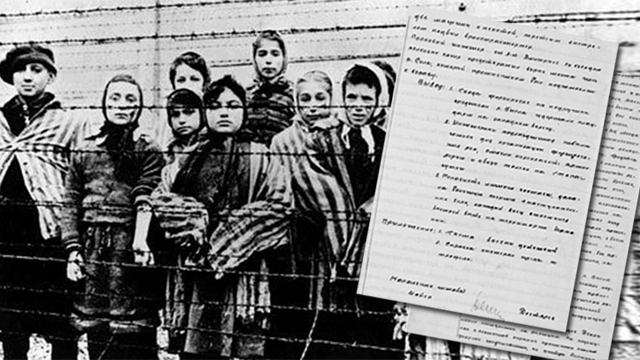 Documents released by Russia. (Photo: Associated Press)
One of the documents described the notorious concentration camp known as Auschwitz: "It is a horrible camp of death. Auschwitz has 5 camps. Four of the camps had a population of people from all over Europe and the fifth camp was used as a prison for prisoners who carried out unpermitted acts against the management of the camps. Each camp was huge in and of itself. They were bordered with several rows of barbed wire, in some of which flowed an electric current of high voltage."

The Russian Defense Ministry allowed 15 of the files to be published from the collection which was classified and locked in the Russian archive for decades. 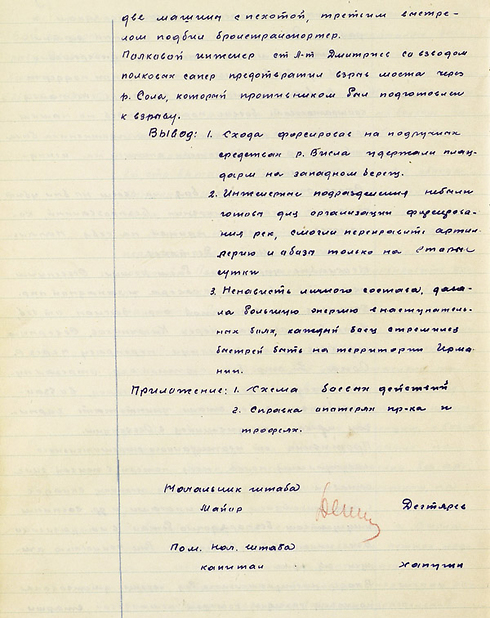 Testimony kept classified for 70 years in Russia.
"The historic events of the second world war were taken advantage of for various political reasons," the Russian Defense Ministry said in a released statement. "The documents indicate the crucial role of the Red Army and its fighters in the liberation of prisoners from concentration camps and living testimony which preserve the historic truth."

The release of the documents came after Polish Foreign Minister Grzegorz Schetyna said in an interview last week that the first soldiers who stood at the front line and were responsible for the release of the concentration camps in January 70 years ago were Ukrainian. 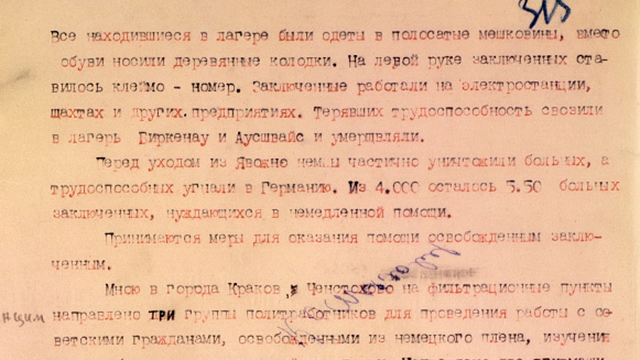 The Russian Foreign Ministry issued a scathing response and said: "It is very hard to imagine that a high-ranking government official such as Schetyna would say such ignorant and stupid things."

According to the files released by the Russian Defense Ministry, 39 groups participated in the release of the camps – soldiers from Russia, Ukraine, Belarus, Armenia and Georgia.

The documents contain reports that were filed by commanders of the Red Army and Soviet journalists. One of the documents includes a table that lists all the soldiers who served in unit 60 of the Ukrainian front along with their nationality, who were responsible for releasing prisoners of Auschwitz. The documents also included praises written by prisoners released of the camps for former Soviet leader Joseph Stalin.

As the international community commemorated the 70th anniversary of the liberation of Auschwitz, one person missing in the crowd of the ceremony held at the concentration camp in Poland was Russian President Vladimir Putin who had decided not to attend – likely because of the tension between Moscow and the West regarding the country's ongoing conflict with Ukraine. Several survivors portrayed their disappointment that Putin did not attend the ceremony because of the critical role the Russians played in the liberation of the camp.