A senior Israeli military official confirmed Wednesday evening that the death of a Spanish UN peacekeeper was caused by an IDF mortal shell and said that the army regretted the incident.

“We were in immediate contact with the UN. We regret the incident and will investigate it. We will draw conclusions – we have no intention to harm UN forces,” said the IDF official. 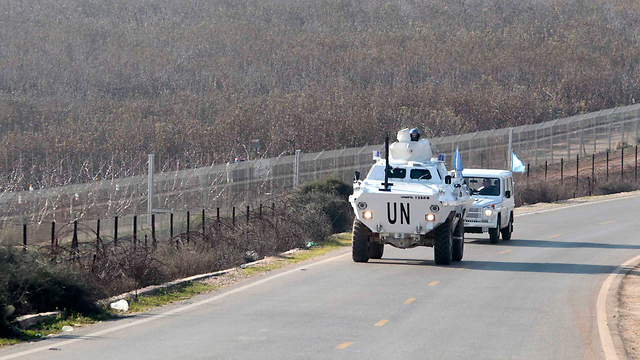 UN spokesman Andrea Tenenti said the UN would look into the circumstances of the incident. He said the head of UNIFIL was in close contact with all parties and had urged "maximum restraint" to prevent an escalation.

Lebanese media said the soldier, Cpl. Francisco Javier Soria Toledo, 36, was killed after the IDF returned artillery fire into southern Lebanon in response to an attack near Mt. Dov which killed two soldiers and wounded 7 in a Hezbollah ambush.

Spain called on the UN to open an investigation into Toledo's death immediately. Spain's Prime Minister Mariano Rajoy Brey confirmed the death of the Spanish soldier in Lebanon and said in a Twitter message that he sent his condolences to the soldier's family.

Spanish Defense Minister Pedro Morenes canceled an official trip to India because of the soldier's death, the ministry said.

Foreign Minister Avigdor Lieberman spoke to his Spanish counterpart José Manuel García-Margallo and expressed his condolences for the death of the Spanish soldier. Lieberman held Hezbollah responsible for Wednesday's events and said Israel views the government of Lebanon as responsible for every attack launched from its territory.

The UN peacekeeping force known as UNIFIL (United Nations Interim Force in Lebanon) has been deployed in south Lebanon since 1978. The UN force has more than 10,000 troops in Lebanon, 600 of them Spaniards, after it increased its force following the end of the 2006 Second Lebanon War.

The Lebanese Hezbollah group claimed responsibility for firing a missile that hit an Israeli military convoy earlier Wednesday, prompting an apparent retaliation from Israel, which fired at least 50 artillery shells into Lebanon in a significant escalation along the volatile border.