Maj. Yochai Kalangel buried on Mount Herzl, while Staff-Sgt. Dor Nini is being laid to rest in Moshav Shtulim.

Thousands of relatives, friends and comrades turned out for the funerals of Major Yochai Kalangel and Staff-Sgt. Dor Nini,  who were killed a day earlier in a Hezbollah attack on Israel's border with Lebanon.

Staff Sergeant Dor Nini is being laid to rest Thursday afternoon in the cemetery at Shtulim, the moshav near Ashdod where he lived. Some 1,500 came to accompany him on his final journey. 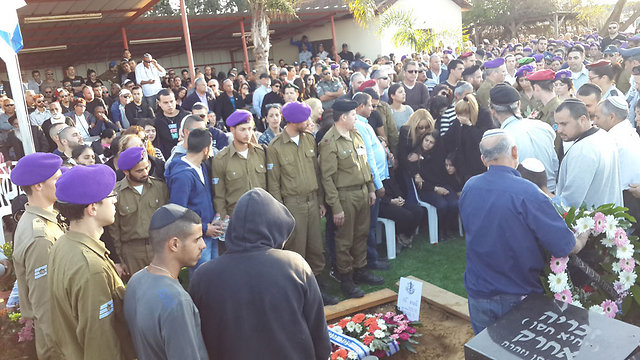 Nini was the first soldier to be buried in the moshav's cemetery, and his grave was prepared in a military plot that did not exist before that.

His girlfriend, Sahar, eulogized him: "My life, it's not true. Tell me it's not true. We were together for six years and wanted to get married. I only now found out you were supposed to propose to me in two months. Please open my house's door and come in. You always told me that it didn't matter who was in our way, you'd chase them away. So come now and chase away this nightmare.

"I won't have anyone to go home to for the weekend anymore. I won't have phone calls from you. I just want one more message from you: 'I love you.' Who is going to tell me every morning that he loves me? No one can take your place. Please, come and tell me it's only a nightmare."

Dor's mother Sima also spoke at the funeral. "My dear Dor, I'm sorry if I hurt you. My beloved child. You are lost to me. You went to the army and returned in a coffin."

His aunt Limor said: "We cry for a young man who didn't get to make his dream come true and get married and live a long life. My Dor, you're a hero of Israel. You gave us strength and the feeling that everything will be okay.

"You loved action even as a boy, and wanted to be a combat soldier. You were your father's right hand man, always helping him. I want us to all stand here and salute you."

Reuben, a close relative, called Dor "a child full of love. He was always helpful and cared for his family." 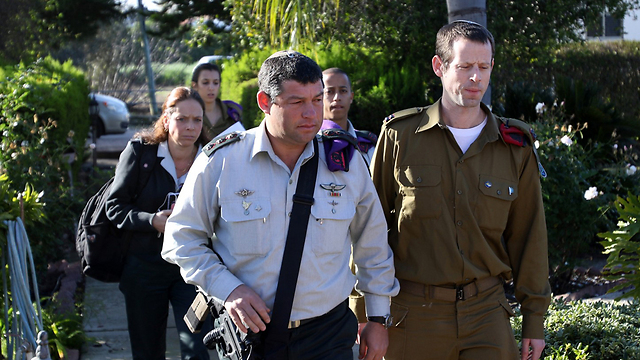 Dor’s parents received a visit from Givati Brigade Commander Colonel Ofer Winter following his death. The family criticized the army’s conduct, in particular the fact that the soldiers were traveling in unprotected vehicles.

"We have a lot of questions,” said Dor’s mother Sima. “Why not make sure there was an armored vehicle when you know what was happening there? It does not interest the government. Dor loved the army and loved his regiment and he wanted to move ahead.

"I talked to him the day before yesterday. He said he was going north, and that there was a problem. He said, 'Mom, don’t worry, everything is okay.'"

His father, Nehemiah, added: "My son is gone, just like that. You do not know what a son he was. He said, 'Dad, I am only staying in the army. He was never afraid."

'Mom, look after Tali, my soul'

Major Yochai Kalangel was buried at Mount Herzl cemetery in Jerusalem on Thursday morning  Eulogizing the officer, Lt. Col. Kobi Barel paid tribute to the strong relationship he had with the troops under his command. 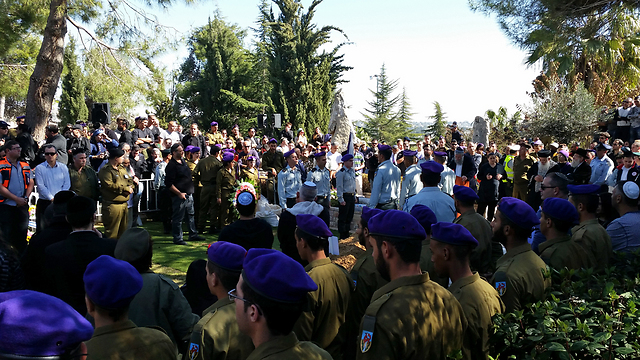 "Your soldiers say that to them you were always a revered leader and commander. I saw how they followed you. You bore their pain and treated them like sons." 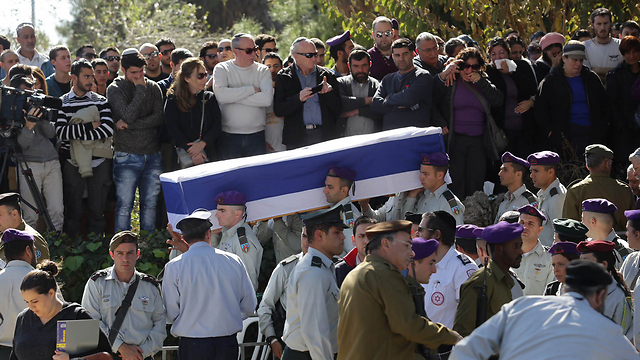 Kalangel, a company commander in the Givati brigade, lived in Har Gilo with his wife, Tali, and their two-year-old daughter. Tali is due to give birth to their second child in the coming months. 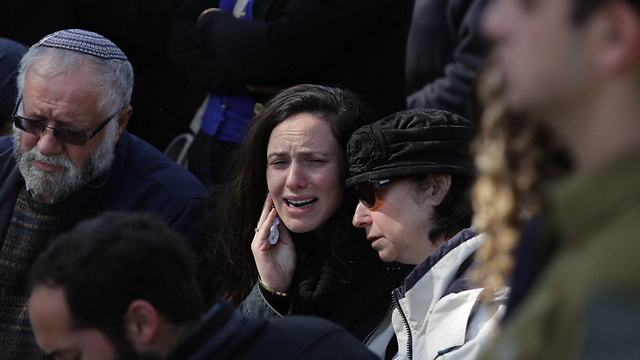 Yochai’s father also eulogized his son: "Was it possible to prevent incidents like the one involving Yochai? At the moment, I say no. We are devout believers. Just as we bless the good, we also bless ‘baruch dayan emet’. Creator of the Universe, thank you for giving us (Yochai) for 25 years and seven months. After Protective Edge you came home and told us that the most important thing to you was that you managed to return the entire company home safely." 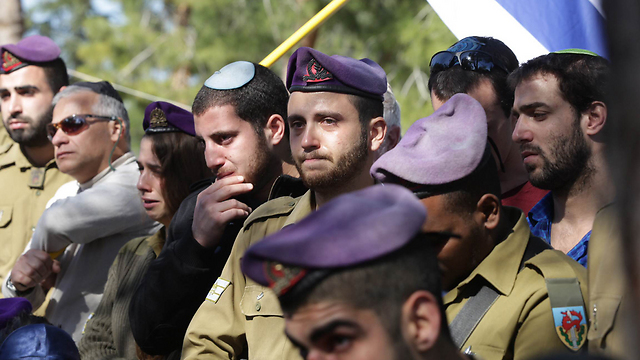 His mother, Malka, said: "Only God knows how much I was afraid of hearing that soft knock on the door. The moment when your life is turned upside down. A wonderful boy, a model husband and father, a hero of Israel. You said, 'Don’t worry mom, everything will be fine’, but I worry. It was all over in one moment. I still hear in my ear: 'Mom, you look after Tali, my soul’. How can you say goodbye to your child? It's inhuman." 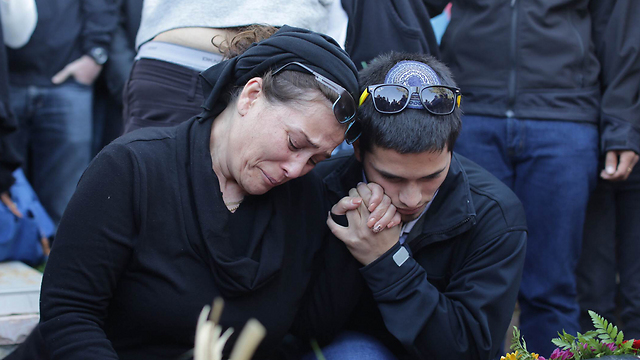