'The present conflict is a suicidal situation in which Israel cannot survive,' Pope's representative in Jerusalem says, warning that stalemate poses danger to peace.

Palestinian Christians warn that the current situation of no-war and no-peace with Israel is not sustainable in the long term, and say they want to see a resumption of Israeli-Palestinian negotiations, which have been frozen for more than a year.

Most Palestinians say they support non-violent resistance to achieve an independent state in the West Bank, Gaza Strip and East Jerusalem, and some also encouraged the BDS (boycott, divestment and sanctions) movement which aims to make Israel pay an economic toll for its continued control over the West Bank and east Jerusalem. 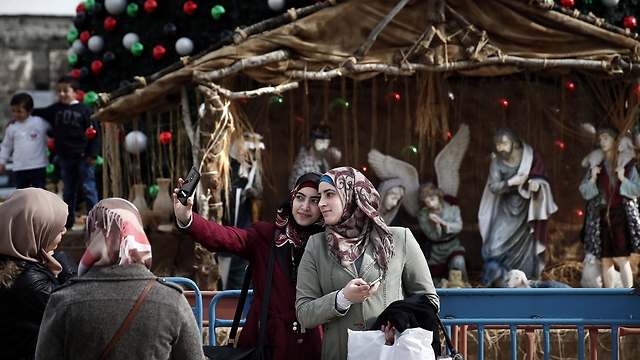 “The present conflict is a suicidal situation in which Israel cannot survive,” said Patriarch Michel Sabbah, the Latin Patriarch emeritus and first Palestinian to serve as the Pope's representative in the Holy Land.

“Israel cannot survive surrounded by enemies. BDS is a way of pressuring Israel to make peace. Israel needs a true friend who can pressure it to make peace.” 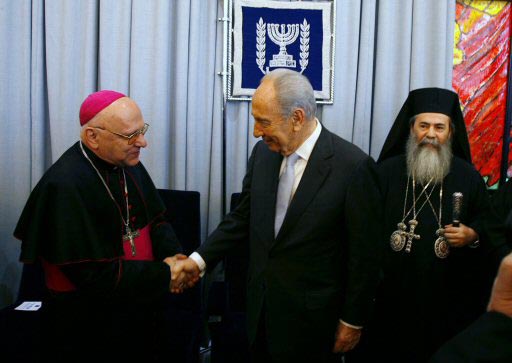 Israeli officials have sharply attacked the BDS movement as making a peaceful solution to the conflict less likely.

“In the past ten years alone, 8000 Palestinian Christians have left Bethlehem,” Pastor Rami Khouri of the First Baptist Church in Bethlehem told The Media Line. “The situation is getting worse. We are losing a golden opportunity for negotiations, and this may be the last chance before the big war that is going to take place in the Middle East.”

He said the growth of radical Islam is frightening for all forces in the region that would want to see a peaceful resolution to both the Israeli-Palestinian conflict, and to conflicts in the broader Middle East.

“There is more animosity and hatred on all sides,” he said. “A future war will start from here, then southern Lebanon, Syria and Iran and it will escalate into a big war.”

He said that Israel gave more than 6,000 Palestinian Christians three-month entry permits for Christmas this year, an increase in both the number of permits and their duration. Palestinians are not allowed to enter Israel, including Jerusalem, where the Christian holy places are, without a special permit from Israel.

The permits allowed them to visit not only the Church of the Holy Sepulchre, but Nazareth as well. Those permits expired this week, he said, leading to increased feelings of isolation, anger and depression.

Some Palestinian Christians say their primary identity is as Palestinians who are fighting for independence rather than as Christians.

“It’s not as Christians but as a nation and as a people that we face the same challenges,” Nora Carmi, from Kairos Palestine told The Media Line. “The greatest challenge is the ongoing Israeli occupation which can become extremely violent, does not respect international law, and can get away with anything.”

She accused the world of a double standard, citing the recent bombings in Paris at the Charlie Hebdo magazine and a kosher supermarket that left 17 people dead.

“The whole world protested what happened in Paris but when the same thing happens to a whole population nobody says anything,” she said, referring to Israel’s war with Hamas in the Gaza Strip that left almost 2200 Palestinians and 70 Israelis dead. “Yet as Christians we are forbidden to lose hope. Hope comes from our faith, and we continue to have faith that there will be peace here.”

The Palestinian Authority has recently joined several United Nations organizations, most recently the International Criminal Court (ICC) which could enable them to bring Israeli military officials before them on war crimes charges. The ICC has opened a preliminary investigation into last summer’s war between Israel and Hamas in Gaza.

Republished with permission from The Media Line