Hungarian-born Ephraim Kishon's works brought together in new book which sheds light on his unique understanding of Hebrew – his second language.

Author and satirist Ephraim Kishon, one of Israel’s most prolific writers passed away ten years ago today at his home in Switzerland at the age of 80. During his life, Kishon penned more than 50 prize-winning books, novels and plays and has five feature films to his credit.

In Israel – as well as Hungary, Germany and Austria, where is work is still being read – he is considered a razor sharp satirists whose words are still relevant today, and a new book coming which came out in Hebrew hopes to honor this illustrious literary figure.

"A Kishonesque Book" is the anthology's title, and it perfectly captures the sentiment his writing and legacy inspire – an unmistakable personal style and language totally his own. 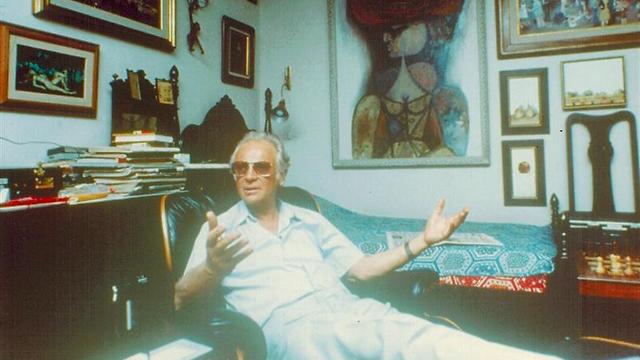 Author and satirist Ephraim Kishon
Navit Barel, who edited the book for Yedioth Books, says that though Hebrew was his second language, Kishon "was extremely attentive to Hebrew grammar."

"Most great authors lay out winding plots and storylines in their great novels, but it seems that in Kidshon, each and every character speaks their own language.

"Though he made aliyah to Israel without knowing a word of Hebrew, and maybe because of that estrangement to the Hebrew language, which was not his mother's tongue, gave him the unique sensitivity to unique Hebrew of every Israeli he met. He used this to characterize his characters, this was a senstity atuned with the smallest nuances of the spoken language. This sensitivity turned him into on Israeli cinema's most successful dialogue writers." 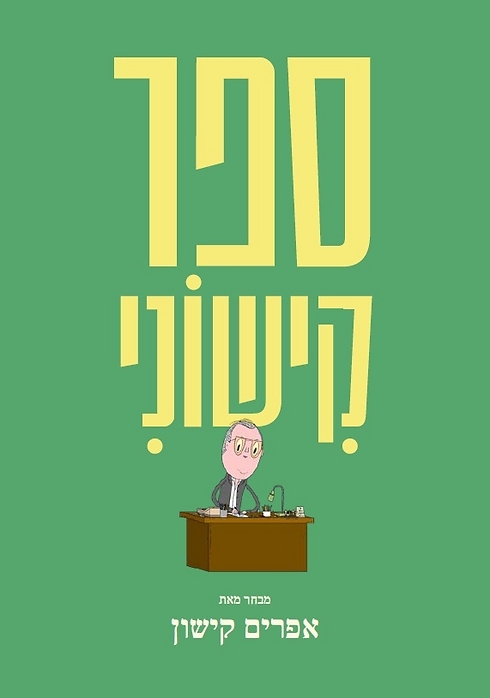 A Kishonesque Book
She describes his work as characterized by "sharp and witty, and with great attention to detail, as if written by a man dumbfounded by the society being formed around him, to which he is generally ambivalent – on the one hand wanting to identify with the local culture, but on the other a fundamental estrangement." "Some say Kishon was condescending and thought himself better than the average man. But a close reading of his work show to what extent he was attentive to the smallest details of everyday life surrounding him, at home, on the street, at government offices or high society. He knew how to sift between the mundane and absurd in these situations and knew how to use his rhetoric talent to meticulously craft them into extremely accurate stories and books," she says.

His Name Precedes Him

Among his most prominent works are “Sallah Shabbati,” a comedy about the chaos of Israeli immigration and resettlement that introduced actor Chaim Topol (Fiddler on the Roof) to audiences worldwide; the “Blaumilch Canal” Kishon’s most outrageous feature, lampooning bureaucracy and the madness of everyday life in Israel; and “Policeman Azoulai.” about the misadventures of an aging Tel Aviv policeman.

Ephraim Kishon (Ferenc Kishont) was born in Budapest, Hungary in 1924. After making aliya to Israel in 1949, he changed his name to Ephraim Kishon, by which he is known worldwide.

He began his writing career in Israel as a night editor on a Hungarian newspaper, after which he enrolled at an Ulpan where he devoted his time to studying Hebrew.

“I didn’t attack the Hebrew language out of joy, but out of desperation”, he said. “I had to save myself from the bitter fate of being branded an eternal immigrant.”

On completing his studies he began writing satire and offered his works to all the Israeli newspapers, which were mostly rejected. In 1951, the Davar newspaper was the first to publish the "Blaumilch Canal," Kishon also published his first book depicting a humorist account of life as a new immigrant in Israel.

“His Name Precedes Him,” was the first play to be performed by Habima theatre in 1953. Kishon’s works were translated into English and his book “Look Back Mrs Lot” was selected as the New York Times’ Book of the Month, with reviews comparing him to Shalom Aleichem and Mark Twain.

After establishing himself as a columnist, playwright and theater director, Kishon went into the film industry and proceeded to write the script for "Sallah Shabbati," without any prior film experience.

He was awarded the Golden Globe award three times for the best foreign language film, and was nominated twice for an Oscar.

In the 1970s his books, which were translated into several languages, became bestsellers throughout central Europe and his plays are still being performed internationally.

In his last years Kishon divided his time between Israel and Europe.