A scene from 'Night of Fools'
Photo: Yifat Yogev

The unsung Jewish resistance of the Holocaust

The Algerian underground, which consisted of some 400 Jews, devised a daring plot to deliver Nazi-occupied Algiers to the Allies in 1942.

"If Algeria were called Warsaw, this heroic event would be taught in schools today," says Ilan Barens, who was a child in Algiers during the Second World War. He is angry, and he is not alone. The "heroic event" was undertaken by the Algerian Jewish underground during Operation Torch. And if you haven't heard about it - you too are not alone.

When director Rami Kimchi was seeking funding for his new film, "The Night of Fools", he got the same response again and again: "The Algerian Jewish underground? During the Holocaust?"

"It did not surprise me that in Israeli discourse, there is the Holocaust of Jews in Europe, but there was no Holocaust of the Jews of North Africa," Kimchi says. "I was met with incredulity. One head of a fund explained that my proposal does not have a story: 'There's no meat'. When I asked what a 'story' was, he replied instinctively - the Warsaw Ghetto Uprising."

Shoah – not just an Ashkenazi story / Haim Sa'adon
Kimchi, a director and senior lecturer in communications at Ariel University, argues in his films that with its ethos of "negating the Diaspora", Israel was able to exclude or shrink minority cultures within the national discourse. But this time he has touched on a particularly bleeding wound.

"Writing and directing a film about the Jews of Algeria and their tremendous contribution to the Allied forces in World War II is in my view a calling. To tell the lost story of the Jewish underground, who to their chagrin realized as the years passed that the Israeli narrative of the Holocaust had just skipped over them and their story." 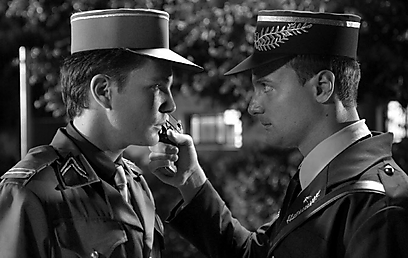 A scene from Night of Fools. 'The Jews of Algeria were proud French citizens' (Photo: Yifat Yogev)

'History is written by the victors'

"The Night of Fools", screened last week on Israel's Channel 1 television, tells the story of "Operation Torch" - the code name for the American landing in French-ruled North Africa, and the central role in it played by the Algerian underground, which was almost entirely made up of Jews. "And all these facts," says Jacques Zermati, one of the commanders of the underground, "are unknown by almost everyone."

How did this great story disappear off the radar of Israeli historiography?

"History is written by the victors," says Kimchi, "and those who were part of this group had no interest in including the Jews in the canon: the Americans occupiers had no desire to share their victory, the Vichy French were certainly in no hurry to tell the story, and the Jews here in Israel focused on the Ashkenazi Holocaust - the Holocaust in Europe."

The events of the film take place against the backdrop of World War II in France. The Germans divided the country into two, with northern and western "occupied France" under the control of the Nazis, while the second area in the south - "Free France" - was under the puppet government of the Vichy regime, who were lackeys of the Nazis. 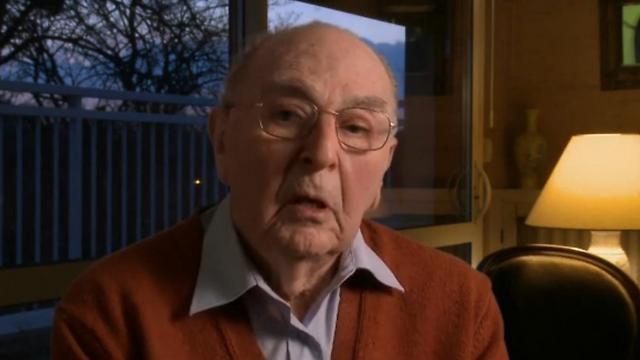 Jacques Zermati. 'We didn't have a clue how to fire a gun' (Photo: Yoav Kush)
Vichy France leader Philippe Petain and his regime controlled the French colonies in North Africa, including Tunisia, Morocco and Algeria, in whose capital lived two million Frenchmen. "The Algerian Jews were different to those living in the Eastern Europe Diaspora," says historian Dr. Claude Sitbon. "They were legitimate French citizens, and proud of the republic. They wanted to be more French than the French. " "I had no idea I was Jewish," recalls a tearful Max Danan, the nephew of José Aboulker, commander of the Algerian resistance. "'Jew' was a derogatory term, a curse. One day when I was angry with my father and I shouted 'Jew', my father told me, 'My children, I am a Jew, and you are a Jew.'"

Only the Jews remained

The Vichy regime did not wait too long before implementing the Nuremberg laws for the Jews of Algeria. Their citizenship was annulled, they were expelled from schools and universities, and even symbolic infamous yellow was prepared for them. But the Jews, as proud French citizens, did not sit idly by. With the help of other locals, they began to organize an Algerian underground. "The underground numbered eight hundred fighters, half of them Jewish. But at the moment of truth, 400 of them had cold feet, and just 400 were left - almost all of them Jewish," says Zermati. They were led by José Aboulker, the Jewish head of the underground, who declined to be interviewed for an Israeli film because today, at the age of 95, he describes himself as "anti-Zionist". The members of the underground contacted the French officers who ostensibly served under Marshal Petain, but were anti-Vichy, loyal to Charles de Gaulle. The network gave rise to Operation Torch, one of the most brilliant military maneuvers in the history of World War II. 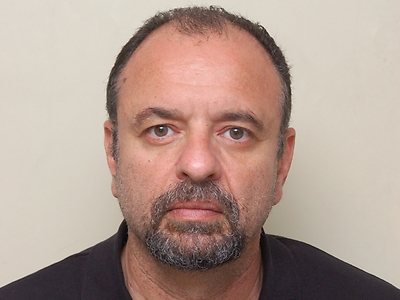 Rami Kimchi. 'If this had happened in Warsaw, it would be taught in schools'
The plan was simple, yet almost surreal: Allied forces would land on the coast of north-western Africa, and the underground would take care of paralyzing the regime's troops, in order to hand over the city of Algiers to the Allies. It might sound simple enough, until one takes into account the fact that there were just 400 underground fighters, and 200,000 Vichy and Axis soldiers. So how did 400 people defeat hundreds of thousands? The underground presented "orders" from a high-ranking colonel in the Vichy General Staff, stating that the soldiers on the base were to be replaced on his command. This allowed hundreds of Jews to be deployed in the central institutions of the army - the post office, situation room, commissar, communications room and more - and the confused Vichy soldiers made way for them. Their commanders - including Petain's deputy General Alphonse Juin - were taken into captivity by Aboulker without a single shot being fired. "To be honest, we didn't have a clue how to fire a gun," says Zermati. "We had a submachine gun with six bullets, and they promised to explain to us how to use it, but there was no time - so they never did."

Only at midnight, when he heard the first shots, did Jacques turn to the base commander walking alongside him, and deliver the news of the Allies arrival.

"You asked me who I was before, well I have the honor of informing you that the Americans have landed," he told him, and recalls: "He was shocked, but it was too late."

Victory of the few over the many

"The Night of Fools" exactly recreates the invasion, which occurred on the night of November 8, 1942. The scenes are shot in black and white to preserve a sense of authenticity. The difficulties arose when the director required French actors on set.

"The film's budget was only $120,000, and professional French actors cost a lot of money," Kimchi says. "Fortunately, the mass aliyah from France in recent years has brought to us young people interested in theater, for whom French is their native language. And they did a great job; they felt that they were narrating their own history." 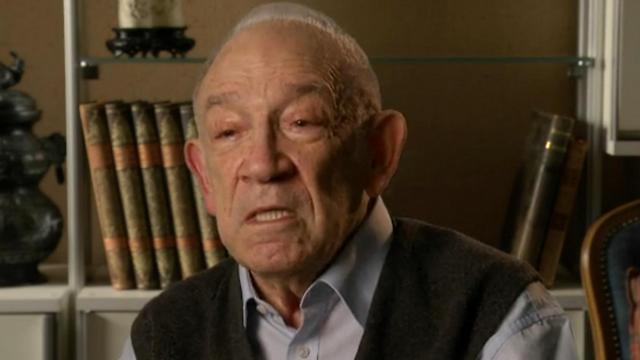 Max Danan. 'I had no idea I was Jewish' (Photo: Yoav Kush)

Work on the film lasted seven years, and its creators realized that time was against them, as the resistance fighters are now all in their nineties. "We did two sets of interviews, a year apart," says Kimchi. "For the second set, some of the interviewees were no longer with us."

Kimchi has made a film with a positive message. "This is a bizarre victory that characterizes very well the victory of the few over the many." The resistance fighters were happy to take part, he says. "They feel that history has been passed on." Looking back, was this a Jewish underground, or a French one?

"It's a complicated question. Some claim in the film that they fought as French, and less so as Jews. The Jews in Algeria were proud of their French citizenship, and even today they live in France. But the film shows that Jewish motivation was a dominant factor.

"This was a war against the fascists, but what motivated them was not just French identity, otherwise they would have withdrawn like the other 400 fighters. Ethnicity was a motivating factor."