One of the suspects slaughtering a sheep

Indictment states members of cell trained at farm that belongs to Attorney Adnan Jamil Ala a-Din, the self-proclaimed 'IS chief of staff in Palestine'; Haifa court extends suspects' remand.

The Israeli-Arab terror cell charged two weeks ago with attempting to join the Islamic State trained for the fighting in Syria and Iraq by slaughtering sheep. The Haifa District Court on Monday extended the cell members' remand for the duration of the proceedings against them.

The seven suspects from northern Israel turned to reporters present at the court Monday, denying the allegations attributed to them. 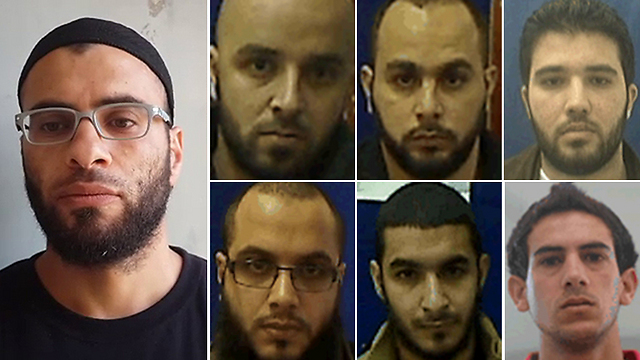 The seven defendants (Photo courtesy of Shin Bet)
Later, the six met Adnan Jamil Ala a-Din, a 39-year-old former public defender from Nazareth, who has branded himself the "Islamic State chief of staff in Palestine," whom they contacted via Facebook.

According to the indictment, the members of the cell trained in a farm in Kafr Manda owned by the attorney. They learned how to ride horses and how to prepare Molotov cocktails and purchased sheep to slaughter them as part of their training. 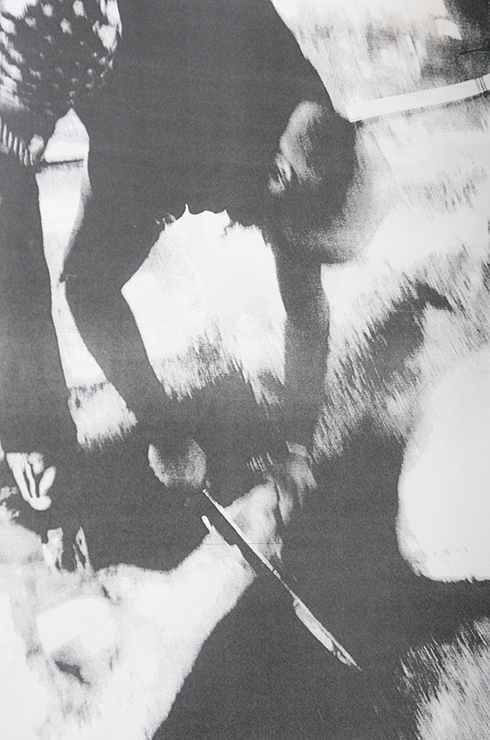 The accused seen slaughtering sheep at a fam in Kafr Manda.
When asked to comment on the indictment filed against him, Attorney Ala a-Din cursed at the reporters. Another defendant said that "there's no basis to all of the accusations, we have nothing to do with Daesh (Islamic State) or any other organization. I still don't understand why they arrested me." A third defendant said "it's all lies. I think the arrests were made so Prime Minister Netanyahu's support rate will increase on our expense. We're ahead of elections and he just wants to prove himself. We're sure we didn't support Daesh and all that is attributed to us lacks evidence." Family members of the accused also responded to the indictment, saying "we're sure they'll be released, they didn't commit any crime." The defendants' lawyers said they will respond to the indictment after studying it.