Overcrowded and underfunded, Israeli hospitals are running on empty

Already overburdened in summer, the winter poses an impossible challenge for Israel's health infrastructure, and there is no solution in sight.

The Health Ministry has instructed hospitals to shore up their staff to cope with the overcrowding in the winter but has not provided the necessary funding to this end; and hospital officials claim the move will lead to financial damage to the tune of tens of millions of shekels.

Already some two months ago, hospital directors expressed grave concerns regarding the huge deficits they are facing, and the latest directives from the Health Ministry are likely to make matters even worse.

Hospital emergency rooms and internal medicine departments are overburdened during the summer months too; in the winter, however, occupancy at the hospitals increases dramatically, and without additional staff, patients are unable to receive the desired care and attention. 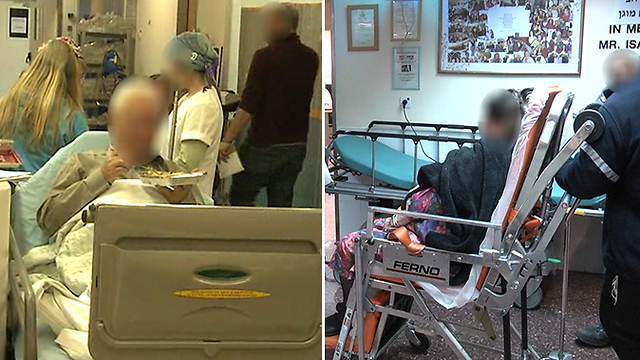 According to the Health Ministry directives, hospitals at which the occupancy rate is above 100 percent are required to supplement their various departments with one doctor, one nurse and two orderlies, while emergency rooms require an additional doctor, two nurses for the morning and evening shifts, and one nurse at night. The costs are expected to run into millions of shekels per hospital.

"Gearing up for the winter leads to additional wage costs, but they haven't given us the money for this. We've been warning since the beginning the year that we are facing a deficit; the NIS 1 billion subsidy is insufficient; we need to receive NIS 1.8 billion," said Hezi Chai, chairman of the forum of government-hospital CFOs, who also voiced concerns that hospitals will struggle to function as of July due to budgetary problems.

"The hospitals received a significant budgetary supplement in December 2014," said a statement from the Health Ministry.

"Furthermore, the Health Ministry is entering into a process of formulating work plans with the government hospitals and this issue, too, will be discussed in the framework of this process."