Jordan seeks revenge for death of Jordanian pilot by the hands of Islamic State group.

The Jordanian authorities will execute "within hours" an Iraqi woman the government had sought to exchange for slain pilot al-Kasaesbeh a Jordanian security source said on Tuesday. The announcement came shortly after the images of the pilot's brutal killing spread on the internet.

Jordan's King Abdullah said on Tuesday the killing of pilot Muath al-Kasaesbeh by Islamic State militants was an act of cowardly terror by a group that had nothing to do with Islam. 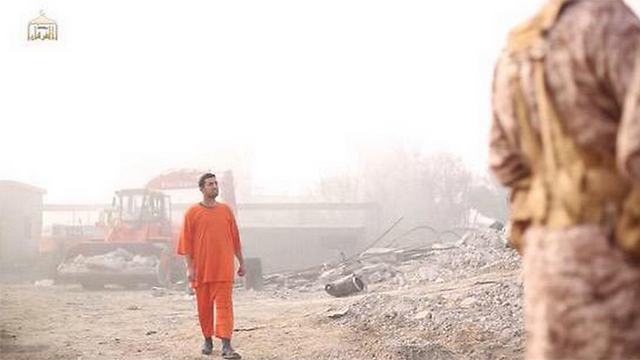 Jordanian pilot before execution by Islamic State group.
"This (is) cowardly terror by a criminal group that has no relation to Islam ... It's the duty of all citizens to stand together," he said in a short televised appearance. The king cut short a visit to Washington after the news of the pilot's death. "His Majesty the King, the supreme commander of the armed forces, has cut his visit to the United States after the news of the martyrdom of the hero pilot," state television said. 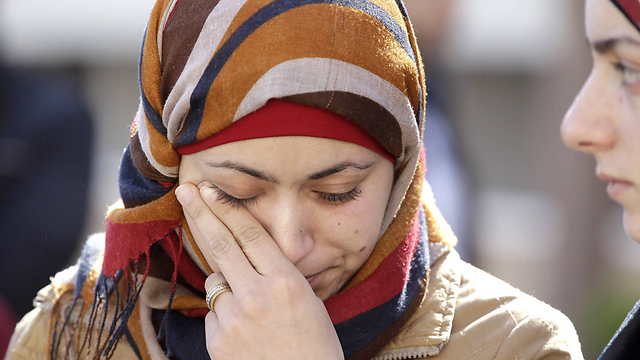 Jordanian pilot's wife. (Photo: AFP)
After the images of al-Kasaesbeh's brutal killing spread on the internet, Jordan announced that the incident took place a month ago, on January 3. The 22-minute shows the pilot with a bruise around one of his eyes, which many took as a sign that he was beaten during his captivity. Al-Kasaesbeh's family received the news of his death with cries of despair – some of his family and close friends shared their criticism of King Abdullah, while other family members cried in the background. 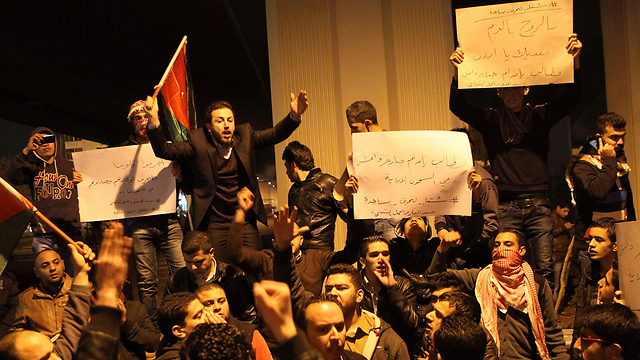 Protests in Amman after video showing pilot's killing. (Photo: Reuters)
At al-Kasaesbeh's hometown in southern Jordan, residents demanded revenge. "I want to see the body of Sajida (failed Iraqi suicide bomber Islamic State group had wanted to swap for al-Kasaesbeh) light up in flames and likewise the rest of the terrorists in Jordanian prisons. Only then will my thirst for revenge be fulfilled," said Abdullah al-Majali, a government worker who lives in the pilot's hometown. Islamic State released a video on Tuesday that purported to show the pilot being burned to death. The video's authenticity could not immediately be confirmed. 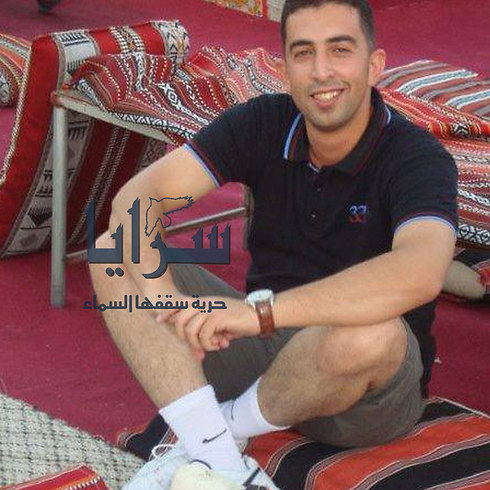 Jordanian pilot before captured by Islamic State group.
Sajida al-Rishawi, the Iraqi woman, was sentenced to death for her role in a 2005 suicide bomb attack that killed 60 people in Amman. The authorities will also execute three men previously sentenced for militancy, the source said. "The decision has been taken to implement the death sentence against the Iraqi convict and others," the source said, speaking on condition of anonymity. Islamic State had demanded Rishawi's release in return for the life of Japanese hostage Kenji Goto. The beheading of Goto, a veteran war reporter, was shown in a video released by the group on Saturday.

UN Secretary-General Ban Ki-moon on Tuesday condemned the murder of al-Kasaesbeh by Islamic State militants, saying the apparent burning of the Jordanian air force pilot alive was an appalling act.

"The Secretary-General condemns the killing of ... Kasaesbeh by Daesh (Islamic State), a terrorist organization with no regard for human life," Ban's press office said in a statement. It added that Ban "urges all governments to strengthen their efforts to combat the scourge of terrorism and extremism within the bounds of their human rights obligations."

Reuters, The Associated Press, and AFP contributed to this report.