Jean Plantureux: 'Everything starts with Israel. '

'Israel is the mirror of the world'

Jean Plantureux, Le Monde's chief cartoonist and close friend of the Charlie Hebdo attack victims, believes that by understanding Israel can the French understand their own society; due to arrive in Jerusalem next week, he wants to see the French condemn anti-Semitism as they did the attack on the famous magazine.

Veteran French cartoonist Jean Plantureux (aka Plantu) was sitting at home on the morning of Thursday, January 7, about to leave for a routine meeting with the president of the "Reporters Without Borders" organization. A senior political cartoonist in France, who had for decades worked for "Le Monde," Plantureux had been thinking about his next cartoon. But then the phone rang and everything changed. He rushed to turn on the TV and watched as the apocalypse unfolded before his eyes. It was the attack on Charlie Hebdo's offices.

"I was shocked," he recalls. "It was like the sky had turned black. I fell onto the couch when they read out the names of the dead, I had known them all for decades. I had worked with one of them on an exhibition about free speech a few years ago. I cannot even describe what I felt at that moment. I could not tear my eyes from the screen. It was - I'm sorry, it still is - very sad." 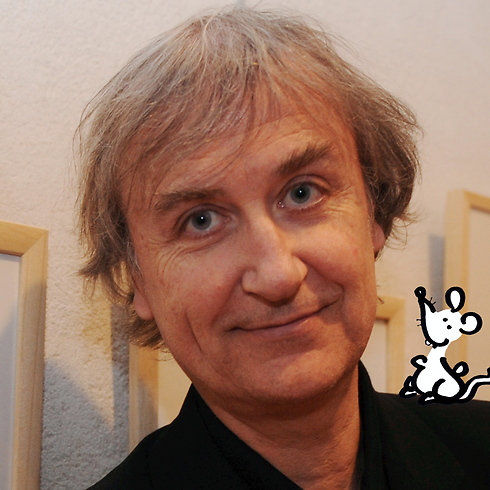 Jean Plantureux: 'I knew it would happen to us too.'

Plantureux has been the main illustrator for one of the most important newspapers in France since 1972. A sharp political cartoonist, he is also involved in the daily reality of the Middle East, who managed the exceptional feat of having Shimon Peres and Yasser Arafat sign one of his cartoons together. To date, all of his cartoons have been created without censorship, and the attack that killed several of his closest friends cannot change that.

"For more than 10 years I've felt and said that something like this would happen here in France," says Plantureux. "I warned everyone again and again that the comments and incitement against cartoonists would have consequences, but people refused to believe it could happen in Paris, in free France. But it did not start here. I have visited Copenhagen several times, met with illustrators, some of whom were attacked and have since engaged personal security out of fear of their lives. I knew it would happen to us too."

Are you afraid for your life?

"I have never been afraid and I am not now. I prefer to spend my entire life in danger than live without freedom of expression. Obviously I'd rather not die, but freedom of speech is more important to me than my life. Even now, after the massacre, I feel that nothing will stop me from drawing what I feel. Something much bigger motivates me. I have already received dozens of threats from extremist Islamic organizations, and not just from them. The lesson is that it is important to encourage people to be tolerant, to present the other side." 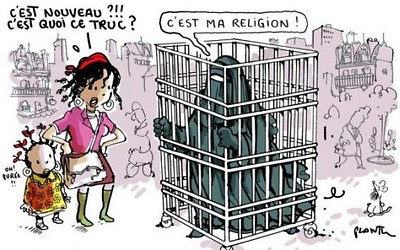 'Everything revolves around the Middle East'

Next week, Plantureux will attend the International Book Fair in Jerusalem, to meet with Israel's leading cartoonists. Among other things, he will be the special guest at a debate entitled "Press Cartoon: To the Frontiers of Liberty", along with Michel Kichka, Jonathan Waschmann, Shay Charka and many other Israeli cartoonists, an event sponsored by the French Institute of Israel, with the assistance of the Israeli Cartoon Museum.

During the panel, whose sole focus is freedom of expression, illustrators will present various works and talk about their inspiration. Plantureux, known to be a sharp critic of Islam and the burqa worn by Muslim women, has no reservations about visiting such a famously tense city. 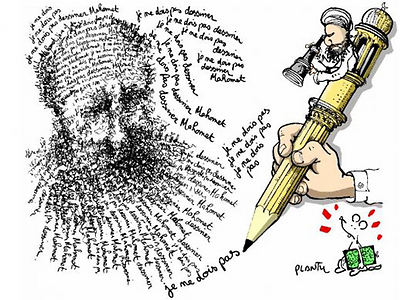 'I must not draw Mohammed'

"Israel is in a sense the mirror of the world," he says, as he explains his attraction to the Middle East. "It contains so many of the various tensions from the whole world, and this is the kind of thing that it is important for me to understand. It is important for me to express myself, as it was to my friends at 'Charlie Hebdo'. It is not mockery, it's our way of expressing how we feel about the society around us. There are no limits; they were all broken down a long time ago.

"The French were sleeping until the most recent attack; they did not understand what was happening around them. I'm not making fun of anyone, nor favoring anyone - not the Israelis when I draw Hamas members in an unflattering manner, and not the Palestinians when I draw Israeli warplanes."

And Israel is a significant country in your opinion?

"Everything revolves around the Middle East and Israel. It all starts with you. It pains me to see that there is still anti-Semitism, that Jews are still being slaughtered just because they are Jews, but anti-Semitism has always been a product of ignorance, and most people who end up as terrorists are from the margins of society.

"To this day, the French have not really understood the danger. They listen to all kinds of rumors that run in the media. Take for example the attack in Toulouse - the media said Mossad was among those who killed the terrorist who killed those Jews. Obviously this is not true, but everyone believed it. Only now are the French starting to wake up.

"After the attack on Charlie Hebdo, everything changed; France will no longer be the same. Charlie Hebdo's staff confronted the things that concern society. About 25 years ago, I realized, like many of my colleagues, that we as French and Europeans we could understand our own society - France, Europe and all the Muslim immigrants - only if we understood Israel. Now, after the attack, I hope that many more people will realize that." 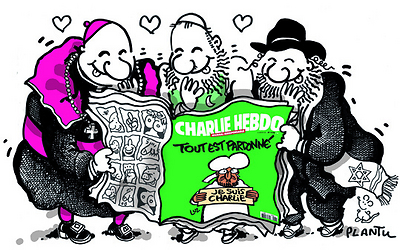 Plantu's take on the post-attack edition of Charlie Hebdo

Plantureux, now aged 64, started drawing as a child. He sold furniture, and every day would place one of his cartoons at the entrance to "Le Monde," until one morning one of his works was published and he became the newspaper's official cartoonist. He was always, he says, interested in Israel. He has followed the conflict for years, and active in the international organization "Cartooning for Peace" – a UN-sponsored enterprise that enlists cartoonists around the world into promoting peace and tolerance between peoples.

Two of Plantu's colleagues on the project are Israeli Michel Kichka and Palestinian Baha Boukhari. During his next visit to Israel he intends to visit Ramallah.

"I wanted to go to Gaza and to meet the caricaturist Umayya – she is Hamas' cartoonist," he says. "Obviously I do not agree with everything she draws, but it is important to talk to her and swap illustrations with her. I'd love to talk to her about the different views that show up in her illustrations." 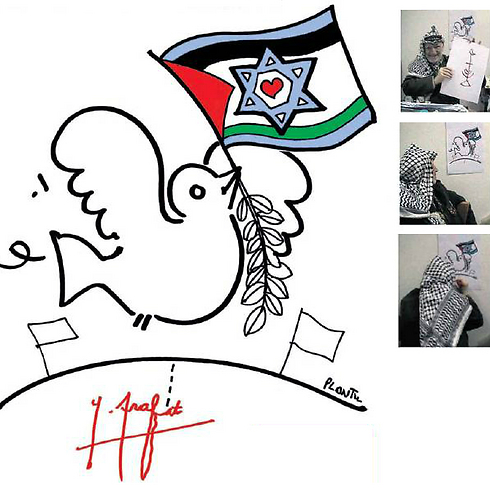 You're excited to be visiting?

"Very. People do not understand that the peace that will come in a few years is being built now by artists, illustrators, young musicians and others." French Jews are fleeing because of anti-Semitism.

"I really hope that millions will gather for the Jews of France, as they gathered after the Charlie Hebdo attack – it is the same thing.

"The blood of the Jews who were murdered screams out just like the blood of my cartoonist friends who were killed."