Jordan's King Abdullah vowed a "relentless" war against Islamic State on their own territory on Wednesday in response to a video published by the hard-line group showing a captured Jordanian pilot being burned alive in a cage.

Jordan hanged two Iraqi jihadists, one a woman, on Wednesday and vowed to intensify military action against Islamic State.

"We are waging this war to protect our faith, our values and human principles and our war for their sake will be relentless and will hit them in their own ground," state television quoted the king as saying during a security meeting. 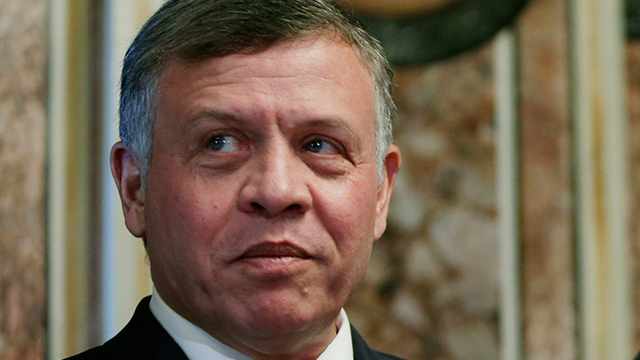 King Abdullah (Photo: Reuters)
Jordan, which is part of the US-led alliance against Islamic State, had promised an "earth-shaking response" to the killing of its pilot, Mouath al-Kasaesbeh, who was captured in December when his F-16 warplane crashed over northeastern Syria.

Meanwhile, in Ramallah, hundreds participated in a rally in solidarity with the Jordanians after the video showing the execution was released, the Palestinian news agency Ma'an reported on Wednesday.

Jordan's ambassador to Palestine Khalid al-Shawabkeh addressed the rally participants, saying: "Jordan, its King, its government, and its people will always stand against terrorism."

Jordan's government spokesman Mohammad al-Momani said on Wednesday: "We are talking about a collaborative effort between coalition members to intensify efforts to stop extremism and terrorism to undermine, degrade and eventually finish Daesh." Daesh is used as a derogatory Arabic term for Islamic State.

He said it was a continuation of Jordan's long standing policy in fighting hard-line Islamist militants and that King Abdullah, who cut short a trip to the United States, headed a meeting with senior security officials on Wednesday.

"All the state's military and security agencies are developing their options. Jordan's response will be heard by the world at large but this response on the security and military level will be announced at the appropriate time," Momani said.

Islamic State had demanded the release of Sajida al-Rishawi in exchange for a Japanese hostage whom it later beheaded. Sentenced to death for her role in a 2005 suicide bomb attack in Amman, Rishawi was executed at dawn. 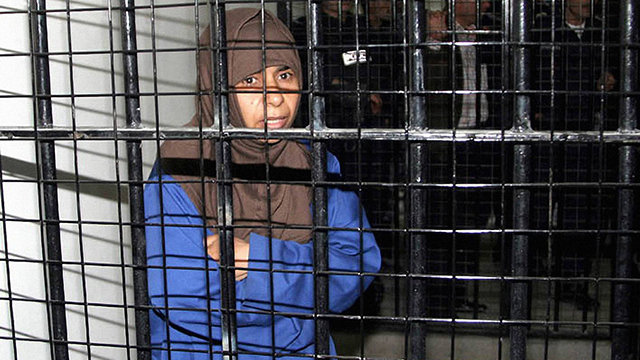 Jordan also executed a senior al Qaeda prisoner, Ziyad Karboli, an Iraqi man who was sentenced to death in 2008.

The Jordanian pilot was the first from the coalition known to have been captured and killed by Islamic State.

Jordan is a major US ally in the fight against hardline Islamist groups and hosted US troops during operations that led to the invasion of Iraq in 2003. It is home to hundreds of US military trainers bolstering defenses at the Syrian and Iraqi borders, and is determined to keep the jihadists in Syria away from its frontier.

Lebanon's Hezbollah group issued a condemnation of the killing of Al-Kaseasbeh, urging Arab and Western countries to refrain from supporting terrorist groups and terming it a "brutal and heinous crime", Lebanese newspaper the Daily Star reported on Wednesday.

“It has become necessary for several states in the region and the world to reconsider policies that support terrorist groups in Syria and Iraq,” the site quoted the statement as saying. 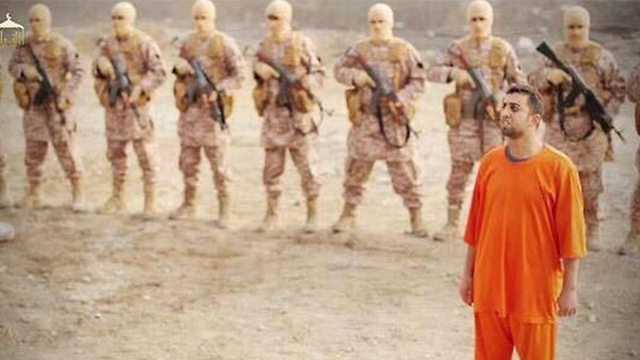 "Aiding these groups with money, weapons and political and moral support...has exacerbated their danger.”

The fate of Kasaesbeh, a member of a large tribe that forms the backbone of support for the country's Hashemite monarchy, has gripped Jordan for weeks.

Some Jordanians had criticized the king for embroiling them in the US-led war that they said would provoke a militant backlash but the pilot's killing produced a wave of outrage and calls for revenge.

Jordan's authorities have not commented on how many missions the air force has carried out against Islamic State.

In a televised statement to the nation, the king urged national unity and said the killing was a cowardly act of terror by a criminal group that has no relation to Islam.

Muslim clerics across the Middle East, even those sympathetic to the jihadist cause, also expressed outrage, saying such a form of killing was considered despicable by Islam.

There was widespread shock and anger across Jordan at the brutality of a killing that drew international condemnation.

The European Union combined a statement of solidarity with Jordan over the killing of the pilots with criticism of its immediate execution of two Iraqi jihadists.

Kasaesbeh's father said the two executions were not enough and urged the government to do more to avenge his death. 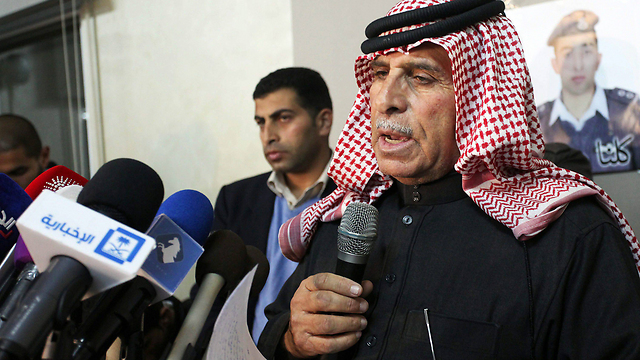 "I want the state to get revenge for my son's blood through more executions of those people who follow this criminal group that shares nothing with Islam," Safi al-Kasaesbeh told Reuters.

Islamic State has seized large areas of Iraq and Syria, Jordan's neighbors to the north and east.

In the pilot's home village of Ay, mourners said Jordanians must rally around the state. "Today we put our differences behind us and rally behind the king and nation," said Jabar Sarayrah, a shopkeeper.

The prisoners were executed in Swaqa prison, 70 km (45 miles) south of Amman, just before dawn, a security source who was familiar with the case said. "They were both calm and showed no emotions and just prayed," he added without elaborating.

Rishawi, in her mid-forties, was part of an al Qaeda network that targeted three Amman hotels in suicide bombings in 2005. She was meant to die in one of the attacks - the worst in Jordan's history - but her suicide bomb belt did not go off.

Only two other prisoners are on death row in Jordan - Mohammad Hassan al Sahli, a Syrian who was convicted of plotting and executing a rocket attack in August 2005 against a US navy vessel and the Israeli port city of Eilat, and Jordanian Muamar Jaghbeer, a leading al Qaeda operative.

There are at least 250 Islamist militants in prison, almost half of them were arrested in the past year and are Islamic State sympathizers.

Jordan said on Tuesday the pilot had been killed a month ago. The government had been picking up intelligence for weeks that the pilot was killed some time ago, a source close to the government said. 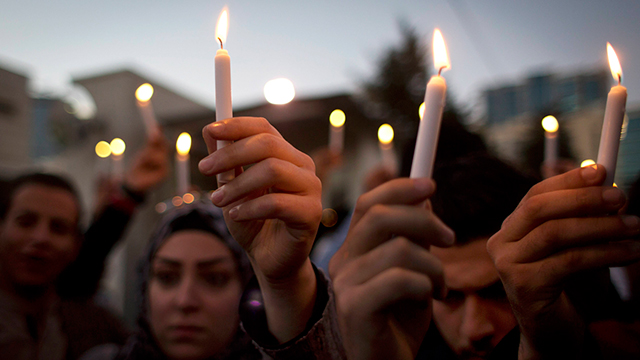 "The horror of the killing, the method of killing is probably going to generate more short-term support for the state," said a Western diplomat. "But once that horror dies down, inevitably some of the questions revert on Jordan’s role in the coalition."

The Syrian government condemned the killing and urged Jordan to cooperate with it in a fight against Islamic State and the al Qaeda-linked Nusra Front in Syria. The United States has ruled out Syria as a partner in the campaign against Islamic State, describing President Bashar al-Assad as part of the problem.

Islamic State had demanded her release in exchange for the life of Japanese journalist Kenji Goto. However, Goto was beheaded by the group, video released last Saturday showed.

Jordan had insisted that they would only release the woman as part of a deal to free the pilot.