A senior Hamas leader called Wednesday for the formation of Palestinian militant groups loyal to his Gaza-based Islamist movement in refugee camps in Lebanon and Syria for attacks on Israel.

Mahmud Zahar told reporters in the Gaza Strip that Lebanese and Syrian branches of the Izz ad-Din al-Qassam Brigades, Hamas' armed wing, should launch attacks on Israel "to help us liberate Palestine". 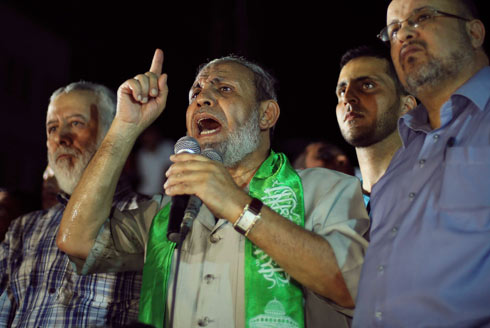 He also denied "any interference" by Hamas in Egypt, which last month declared the Brigades a terrorist group and accused it of aiding a spate of militant attacks on security personnel in the restive Sinai Peninsula.

"Our guns are always trained on the enemy," Zahar said, referring to Israel.

Hamas and Israel fought a 50-day war in mid-2014 that killed nearly 2,200 Palestinians and 73 on the Israeli side, most of them soldiers.