After Biden announces he will not attend Netanyahu's planned address, Zionist Camp leader Herzog calls on PM to call off trip: 'The speech, which was born as part of a production for his campaign, endangers the security of the residents of Israel'.

Zionist Camp co-leader Isaac Herzog called on Prime Minister Benjamin Netanyahu on Saturday to cancel a controversial speech he plans to deliver before a joint session of Congress, so as to not harm Israel's security. His call was echoed by Israeli leaders from the center as well as the left.

Speaking at the annual Munich Security Conference, Herzog said: "In conversations I had with many leaders from Europe and the United States, an issue that came up was that of increased anger over the fact that Netanyahu diverted the debate on the Iranian nuclear program for his political gain and turned it into a conflict with the US president." 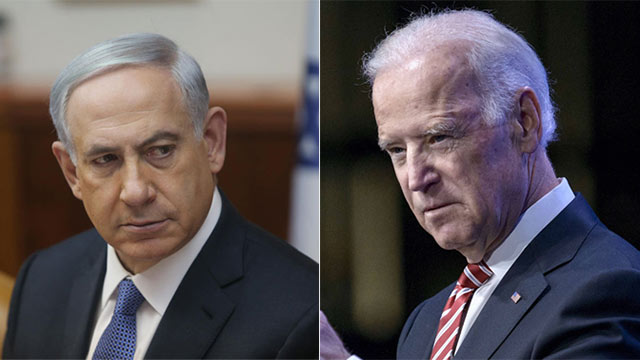 Herzog further said: "It's time for Bibi to announce the cancellation of his speech to Congress. This speech, which was born as part of a production for his electoral campaign, endangers the security of Israeli citizens and the special relationship between Israel and the United States. With all due respect to your campaign Bibi, now is the time for you to act like an Israeli patriot and not throw Israel's security under the wheels of the elections bus." 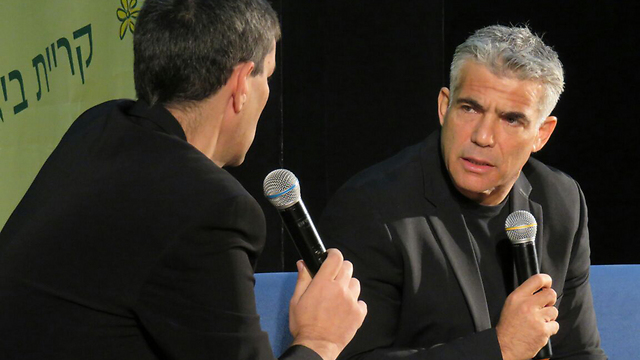 Yesh Atid chairman Yair Lapid also criticized Netanyahu's planned speech on Saturday, saying that his actions will lead to a sharp decline in Israel's strategic relationship with the United States.

"Bibi managed to come into conflict both with the White House and with the Congress," Lapid said at a cultural event in Kiryat Bialik. "This is a political act whose sole purpose is to gather a few more votes." 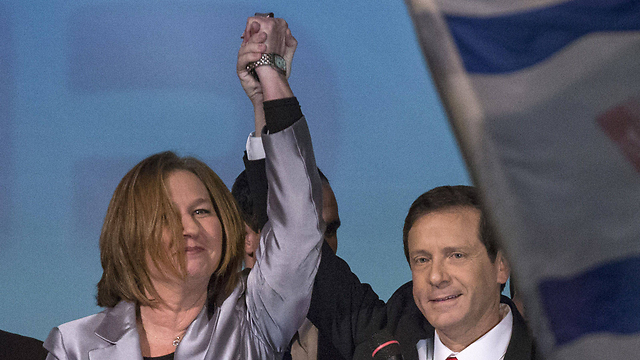 Herzog's partner in the Zionist Camp, Tzipi Livni, who was also present at the event, said: "The US Vice President will not be sitting in his assigned seat during the Congress speech, and this shows just how much Netanyahu is thinking of his own personal gain and not the benefit of the country in the case of the speech. We have a prime minister who bursts out laughing when he sees young and poor people, and he also laughs about the deterioration of our relations with the US."

MK Shelly Yachimovich spoke at the same event, saying: "We are in the midst an ongoing diplomatic terror attack, even Fox News has come out against Netanyahu – it is a poke in the eye to the President of the United States. I call on Netanyahu to cancel his speech in Congress – it's a shady political bonus that is causing a deep rift with the US government. If Netanyahu is concerned that we will mock him, I guarantee that if he makes the right move and cancels the appearance, we won't bring it into our political campaign."

On Friday, Biden's office said he will miss Israeli Prime Minister Benjamin Netanyahu's address to Congress on March 3. His office explained that he will be traveling abroad, and did not specify exactly where.

His office further said the trip was in the works before Netanyahu's speech was announced.

As president of the Senate, the vice president typically attends joint meetings of Congress. The White House has said Biden missed one previous session in 2011 before of foreign travel.

Last week, US House Democratic Leader Nancy Pelosi suggested the speech could damage the Obama administration's attempts to broker a deal with Iran on nuclear weapons development,. "Such a presentation could send the wrong message in terms of giving diplomacy a chance," she said.

On Thursday, Pelosi said she was seriously considering attending the speech, but hoped it would not take place.

Reps. John Lewis of Georgia, G.K. Butterfield of North Carolina and Earl Blumenauer of Oregon said they would not attend.

On Wednesday, Ron Dermer, Israel's ambassador to the United States, met privately with seven Jewish Democrats to discuss the planned speech, and participants said some of the lawmakers urged the prime minister to postpone the speech or hold it somewhere other than Congress.