Director of Anti-Defamation League Abraham Foxman says that political storm that has ensued after speech has made the move counterproductive, calls on Netanyahu to cancel speech.

The controversy surrounding Prime Minister Benjamin Netanyahu's planned speech to Congress might have reached its peak with one of the US' top Jewish leaders, director of the Anti-Defamation League Abraham Foxman, calling on the Israeli prime minister to stay home on Friday. Foxman told the Forward on Friday that the political uproar that has ignited because of Netanyahu's speech has caused the situation to spiral out of control and therefore the speech will now be unhelpful. 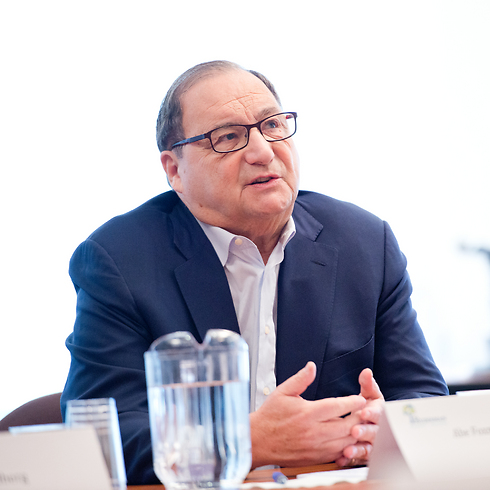 Director of Anti-Defamation League Abraham Foxman. (Photo: Amitay Ruderman)
After the topic of Netanyahu's speech reached the limelight and became the bud for a joke on Jon Stewart's The Daily Show, Foxman told the Forward that "it turned the whole thing into a circus. "One needs to restart and it needs a mature adult statement that this was not what we intended," said Foxman to the Forward. According to Foxman, going ahead with the speech would be counter-productive now that all the attention has been given to the political controversy rather than the issue Netanyahu intends to discuss – Iran. "It has been hijacked by politics," said Foxman to the Forward. "Now is a time to recalibrate, restart and find a new platform and new timing to take away the distractions." Although Foxman is calling for Netanyahu to cancel his speech on Iran, Foxman said that he does not disagree about the seriousness of the Iranian nuclear issue and agrees with Netanyahu on the need to strengthen sanctions against Iran. Foxman offered alternatives to the planned speech, such as for Netanyahu to come to Washington only for the AIPAC conference and postpone his address until after the elections or relay his concerns about Iran in direct conversations, according to the Forward. Zionist Camp leader Isaac Herzog and other opposition leaders also urged Netanyahu to cancel the speech after the White House announced that Vice President Joe Biden will not attend Netanyahu's planned speech because he is traveling outside of the country. As the heat continues to pile up against the speech, Netanyahu and his allies have tried to control the damage by saying that Netanyahu had understood, through Israel's Ambassador to the US Ron Dermer, that House Speaker John Boehner would make sure that the democrats were also onboard with the Israeli Prime Minister's speech to Congress.

According to the Forward, sources who have been in touch with the Israeli officials dealing with the political fallout of the speech said that Netanyahu and Dermer did not know that Boehner would announce Netanyahu's visit on the morning of Obama's State of the Union Address.

Netanyahu and Dermer's claims came out in the open on Friday, when Netyanyahu confidante Tzachi Hanegbi, Israel’s deputy foreign minister and a member of the Likud’s top group of officials, stated in a radio interview that Boehner had left Netanyahu in the dark as he moved ahead with the invitation.

“It appears that the speaker of Congress made a move, in which we trusted, but which it ultimately became clear was a one sided move and not a move by both sides,” Hanegbi said in the radio interview.

As the political storm strengthens surrounding the issue, Netanyahu's planned speech to congress seems to be up in the air. With top Likud officials beginning to speak out against Boehner publicly, Netanyahu could be planning to plant the seed for an excuse to cancel his visit.