While the US is still waiting for Hillary Clinton to officially announce her presidential bid, another woman declared on Friday her candidacy for the 2016 presidential elections: Dr. Jill Stein, a 64-year-old -Jewish physician and mother of two.

Speaking at a press conference at the National Press Club in Washington, DC, Stein announced her candidacy as a Green Party candidate. 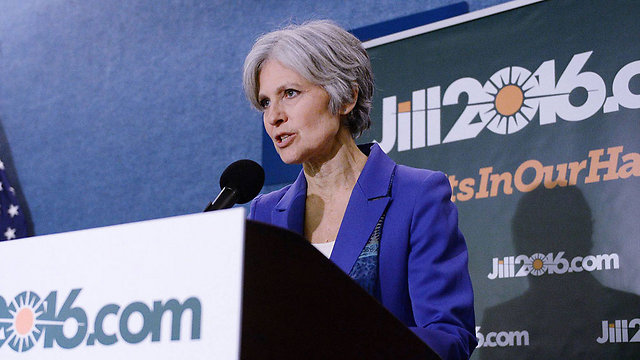 Photo: MCT
The "demand for deep change has grown to a fevered pitch," Stein declared. Stein, a native of Chicago, was endorsed for president in 2012 by anti-Israel linguist Noam Chomsky. She received 456,169 votes for 0.36% in the election, mostly in Alaska, Oregon and Maine. The Green Party candidate's platform includes increasing efforts to solve the environmental crisis and ensuring clean air and clean water. She also supports the expansion of public transportation in order to reduce the number of cars, and the creation of streets for bike and pedestrian traffic. “The Green Party is not a corporate political machine,” Stein said. “We do not have the special-interest money, but the upside is that we get to stand up for the American people,” the Boston globe reported her as saying. “What we saw in 2014 was people starting to peel away, particularly from the Democratic Party, and that is why it was a disaster,” Stein said. “It wasn’t so much a victory for Republicans as it was a defeat for the Democrats.” “The timing is right for another option,” Dr. Stein said.

Dr. Stein's first foray into politics was the 2012 Massachusetts gubernatorial elections, which she lost. She vied for the state's leadership again in 2012, also losing in what is considered America's most liberal state.  Stein, a Harvard graduate, has a slim to none chance of winning America's most lucrative political office. 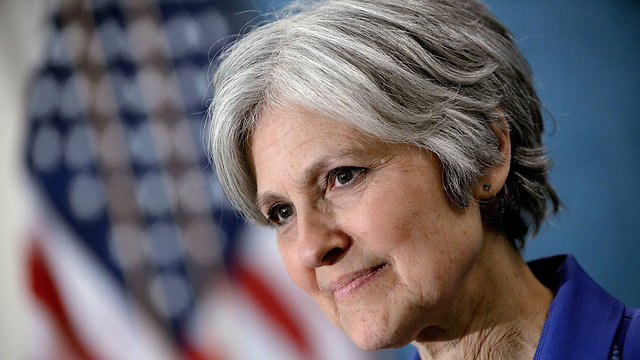 Photo: MCT
Jews have a prominent, though generally unsuccessful, history in American politics: Barry Goldwater, who was of Jewish ancestry was the first with links to the tribe to try for the presidency on the 1964 Republican ticket. Till this day, Goldwater holds the title for the biggest loss in terms of the popular vote in American presidential history: 43,127,041 for Lyndon Johnson in compared to 27,175,754 for Goldwater who carried only six-state. Joe Lieberman is the only Jewish man to run on a major party ticket for Vice President, campaigning with Al Gore during his failed 2000 presidential bid.