Benny Gantz says goodbye to term as head of IDF

Analysis: Head of Israel's armed forces leaves office in just over a week, after a term in which region fell apart and Islamic terror groups seized swathes of neighboring states. But man whose final summer of service included abduction and murder of three Israeli teens and subsequent war in Gaza has learned a vital lesson about his compatriots' fighting spirit.

In just 10 days, on February 16, Israel Defense Forces Chief of Staff Lt. Gen. Benny Gantz will walk out of his office on the 14th floor of the General Staff building and shut the door behind him for the last time. He has no plans for the day after. Don't visit me, he's asked of all his well-wishers. Don't call. Allow me some alone-time for a while. If anyone wants to have a picture taken with me, he can come back in two months. We'll see then if it's still so important for him to get into a photo with me.

Gantz will be calling it a day on his service in the IDF for a second time. Four years ago, he took a leave of absence after Benjamin Netanyahu and his defense minister at the time, Ehud Barak, decided to favor Major General Yoav Galant for the chief of staff post. Gantz was offended, and readied himself for a career in the business sector. 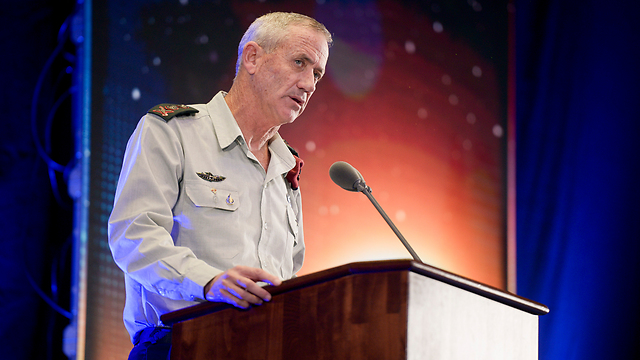 When Galant's appointment was torpedoed, Gantz was called to the flag, taking up the post like someone who didn't owe his appointment to anyone – and that's the way he worked during his four years in office, and that's the way he is leaving. Unlike a number of his predecessors, Gantz didn't seek out political patrons, role models, future partners, future rivals. For him, the politicians, Netanyahu, Barak, Moshe Ya'alon, the cabinet ministers, were exactly what they should be for a chief of staff – work, nothing more and nothing less.

The final nights of service are always difficult nights. The heart fills with anxiety: Just don't let anything go awry. And so much can go awry when it comes to the chief of staff's realm of responsibility – along the Golan border, on the border with Lebanon, in Gaza, on the Egyptian border, in the West Bank, with covert operations behind enemy lines. Every combat soldier knows that feeling, on the way back from an operation, the night before the return to base. And in this regard, the chief of staff is no different than other soldiers. 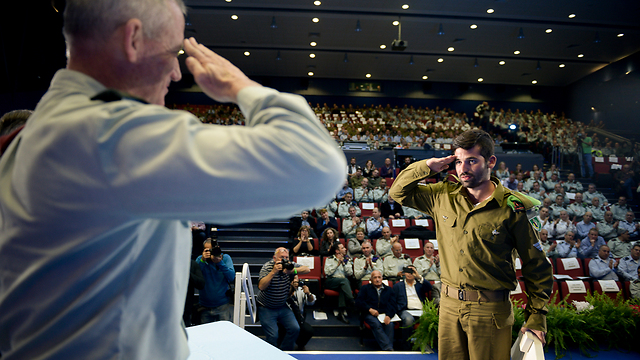 Gantz is familiar with the curse of the final hours from Operation Protective Edge. Two Kibbutz Nirim residents, Ze'ev Etzion and Shahar Melamed, were killed in a mortar attack an hour before the ceasefire came into effect. Their deaths could have been avoided. Gantz tried to console the kibbutz residents, but to no avail. He will carry their pain into civilian life.

A few days ago, he visited the family of Ouda al-Waj, a Bedouin civilian from a community just east of Dimona who was also killed during Protective Edge. Five civilians were killed during the course of the operation, and Gantz asked to meet with the families of all of them, and to meet once more with the parents of the three teenagers who were murdered in Gush Etzion prior to the military campaign.

He also met with the families of the 67 officers and soldiers killed during Protective Edge; and he was never once asked why by any of the bereaved parents – why we went in, why their sons were killed, why we fought. In Lebanon, these questions came up again and again, beginning in 1982 and up until the withdrawal in 2000, and then again in the Second Lebanon War in 2006. When it comes to Gaza vs. Lebanon, Gantz learned something: When Israelis feel there is a need, that there's no alternative, they will support a war even through terrible pain. They understand that there are no free lunches.

Gantz's first year as chief of staff, 2011, yielded two events that had a major impact on his term in office, despite the fact that the IDF played no part in them – the social protest and the Arab Spring. The social protest called into question the army's position at the top of the list of national priorities. For the first time in the history of the country, treasury officials and economic experts weren't the only ones seeking to take a bite out of the IDF's piece of the pie; hundreds of thousands of Israelis took to the streets too. The Arab Spring, for its part, altered the map of regional threats. Old enemies weakened; new enemies emerged.

Gantz could not have known that his watch would see the fall of Hosni Mubarak's regime in Egypt, and the regime of the man who toppled him too; he could not have known that the Syrian Army, Israel's most menacing neighbor, would essentially fall apart and that Islamic terror organizations would take control of portions of neighboring states. He spoke during a lecture last week of 100-year-old borders in the Middle East that have been erased, of an historic upheaval the outcome of which remains unclear. The billiard ball that shot out of Tunisia in December 2010 is still crashing into the other balls on the table. We are in the midst of a struggle, in our region and the entire Muslim world too, between the radicals and the moderates, and among rival extremist groups, on the backdrop of a huge game among the superpowers.

Gantz offered Yemen as an example. The Houthis, a Shia Islam group affiliated with Iran, are on their way to assuming power in Yemen. At some point in time, the Bab al-Mandeb Strait, between Yemen and Djibouti, will become a global problem. Iran will be able to threaten maritime traffic not only in the Strait of Hormuz, in the Persian Gulf, but in the Red Sea and the Suez Canal too.

Gantz is concerned about the Iranian threat, but his worries appear a far cry from Netanyahu's nuclear-holocaust speeches on the matter.

Our neighborhood is in chaos, the chief of staff said. This chaos has momentarily suppressed the conventional military threat, but it hasn't suppressed the others – the nuclear threat, the cyber threat, and more. He likened foreseeing the future to tossing a coin. You can call heads or tails, he said. Whatever the case, you're going to lose.

Gantz is leaving all these problems, and others, in the hands of Gadi Eisenkot, the incoming chief of staff. Gaza could reignite; the West Bank too. And the north looks like the problem that will demand most of his attention. We carry out air strikes, they fire rockets - and the two sides are slipping into a war.

Gantz is also ending his term in office during a period of crisis in terms of Israel's ties with the US administration. For now, the diplomatic crisis doesn't appear to be spilling over into the security field, but it could happen. Iran is not the only issue in dispute. Gantz was opposed too to US policy vis-à-vis the Arab Spring. America, he said, should support the upholding of human rights and the rights of individuals, and encourage democratization – but when conditions are ripe. America, he claimed, made a mistake when it adopted Mohamed Morsi's Muslim Brotherhood regime in Egypt and turned against General Abdel Fattah el-Sisi. He told his American audience, nevertheless, that America doesn't have another Israel in the Middle East, and that we don't have another America.

Hanging now on the wall of Gantz's office is a photograph of him with all the brigade commanders who participated in the operation to find the three teenage boys and Operation Protective Edge thereafter. The brigade commanders framed the photograph and presented it to him as a parting gift, with the inscription "To our commander." Gantz is particularly proud of them: He believes he has nurtured an excellent generation of IDF commanders and is happy to be making way for them.

Hanging in the foyer of the Chief of Staff's Bureau are the photographs of the 19 chiefs of staff who preceded him, in two rows. His photograph will be hung up in turn, alongside that of Gabi Ashkenazi and under the one of David Elazar, the chief of staff of the Yom Kippur War.