Forces trap boat with ton's worth of materials for rocket-making intended for Hamas in Gaza; operation captured on camera and cleared for publication Wednesday night.

Israeli Navy forces trapped a boat three weeks ago with shipment of a ton's worth of materials for rocket manufacturing, intended for Hamas in Gaza. The operation was captured on camera and was cleared for publication on Wednesday night.

The operation was manned by the 916th Company, based in Ashdod, which is charged with protecting Israel's southern shores. "Thwarting smuggling attempts like this happens almost every week," Lt. Col. Liav Zilberman – whose unit was awarded a citation for its performance in Operation Protective Edge – told Ynet.

"The Egyptians are doing great work on land against the smuggling tunnels, making the sea the endless tunnel for Hamas," he said.

The incident occurred in the early morning hours of January 19th, when naval forces identified the suspicious boat making its way from the shores of Sinai to the Strip's shores. Before it arrives at the Gazan beach, the navy soldiers called on three Palestinians aboard the ship to stop. 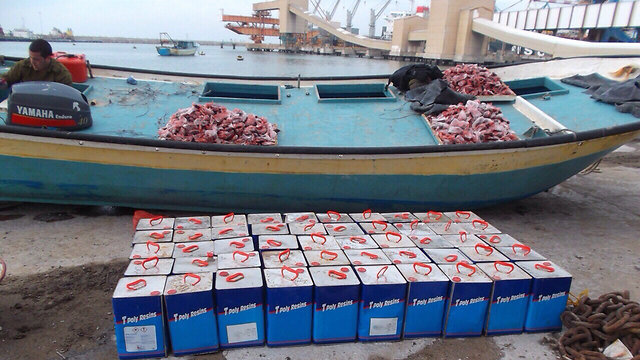 A search by the soldiers discovered liquid fiberglass on the vessel. The three Palestinians were taken in for investigation by the Shin Bet, where they admitted the materials were meant for rocket and mortar manufacture in Gaza.

They said they were sent to collect the materials from Sinai and deliver it to Hamas' military wing in a timely manner. An indictment was filed against the three at a courthouse in Be'er Sheva. 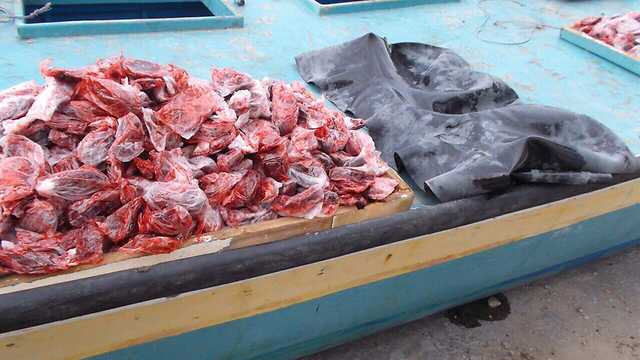 Lt. Col. Zilberman said that the preparation to seize the vessel did not occur overnight. "The Dvora-class ships and our Shaldag-class knew to seize the vessel quietly and discreetly. After following it for hours, patiently, from the moment it crossed the southern border," he said.

He said the smugglers knew to hide the materials under their fishing gear. "Hamas is making a massive effort to rebuild, and most of the smuggling vessels which we thwarted were sunk from afar when we knew they had weapons on them."

Since Protective Edge, several similar incidents occurred, in which the naval forces stopped smuggling operations from Sinai, with most involving fishing vessels.

At the IDF, officials believe that because of the destruction or damage to the hundreds of smuggling tunnels in Sinai's Rafah by the Egyptian military in the past year, Hamas has been trying to develop other paths.

However, dozens of such tunnels remain under Rafah, though the Egyptian military has expanded its 'perimeter' around the Strip, leveling homes on the border up to a kilometer away from the fence.