Netanyahu calls for 'massive immigration' of European Jews to Israel

After two shootings in Copenhagen, PM says cabinet to discuss $46 million plan to encourage Jewish immigration from Ukraine, France and Belgium; Bennett: European Jews should know Israel is their home.

Prime Minister Benjamin Netanyahu called on Sunday morning for the "massive immigration" of European Jews to Israel following the shooting attack outside a Copenhagen synagogue that killed a Danish Jew.

Netanyahu says the government on Sunday will discuss a $46 million plan to encourage Jewish immigration from France, Belgium and Ukraine.

"This wave of attacks is expected to continue," Netanyahu said at the start of a Cabinet meeting. "Jews deserve security in every country, but we say to our Jewish brothers and sisters, Israel is your home." 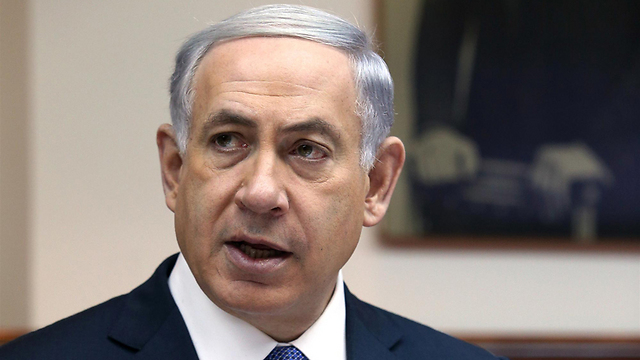 Jair Melchior, Denmark's chief rabbi, said he was "disappointed" by Netanyahu's call for immigration following the attack. "Terror is not a reason to move to Israel," he said.

In an interview with Ynet on Sunday morning, Economy Minister Naftali Bennett said European Jews should view Israel as their home.

"Israel is always waiting for them. This will never change. Jews can and should have the right to live anywhere, but if there are Jews who are concerned about their future, we are certainly waiting for them," Bennett said.

Some European countries are becoming dangerous for Jews, he said, and his party, Bayit Yehudi, was "profoundly concerned" about a rise of radical Islamic terror and anti-Semitism in the continent. "I spoke today with the leader of the community in Denmark, and they are very worried about what's going on," he added.

He argued that the fight aganist Islamic terror in Europe is not a lost cause, "but first and foremost, they have to wake up. They have to identify the threat. They have to realize that these aren't sporadic attacks. There's a very clear and intentional attack on the free world from radical Islam.

"Terror is not a reason to move to Israel," he said.

Foreign Minister Avigdor Lieberman the two shootings at a synagogue and another at a free speech event, "prove what we have said over the years – that Israel and the Jews are affected by this terrorism before anyone else because they are on the frontline in the war terror is waging against the West and the entire free world."

Lieberman called on the international community "to ask for more than declarations and demonstrations against this terrorism, but also shake off the rules of political correctness and fight a real all-out war against Islamic terror and its roots."

Minister Lieberman said the Foreign Ministry is in close contact with the Israeli Embassy in Denmark and was following events as they unfolded.

President of the Conference of European Rabbis, Chief Rabbi Pinchas Goldschmidt, condemned the attacks, dubbing it “both sickening and a sign of the worsening extremism spreading across Europe."

"The Jewish community in Denmark is a microcosm of what is happening to Jewish communities across the continent. On the one hand they are under attack from extremist Muslims who see every Jew as a legitimate target, on the other hand, freedom of religion is curtailed by the government, religious slaughter has been forbidden and the parliament is in discussions about the future of religious circumcision," he said.

"I truly hope that this latest attack will lead the people of Denmark to rally behind the Jewish community just as they did in 1943, securing the future of the community.”