The Samaria Settlers Committee published a video on Saturday accusing Israeli left wing NGOs of receiving "millions of euros from Europe" to smear Israel in the press.

The animated video, which is called "The Eternal Jew" (like a Nazi propaganda video from 1940) presents a German named Herr Stürmer (named after an anti-Semitic newspaper) reading a newspaper called "Hasmol" ("The Left") and summoning a hooked-nosed Jew who passes him slanderous information about the IDF and Israel in exchange for money.

The final scene shows the Jew hanging from a tree with a warning that "Europeans may seem different to you, but to them ... you are exactly the same." Next are the logos of well-known dovish Israeli organizations, including the New Israel Fund, B'Tselem and Peace Now, sending the clear message that such organizations spread defamation against Israel for money paid by European anti-Semites. 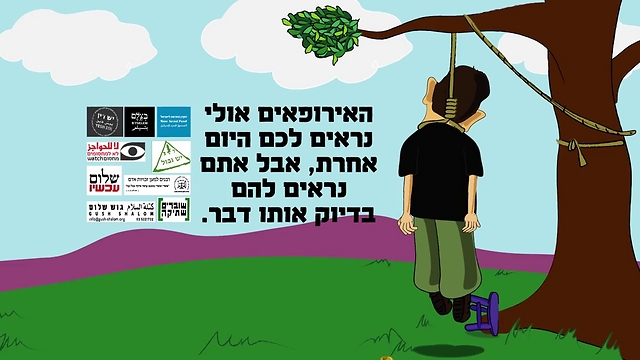 'Europeans may seem different to you, but to them ... you are exactly the same'

"Dozens of radical leftist organizations receive millions of Euros from Europe. In the best case scenario, they believe that they are leading us into becoming a more enlightened, polite and cleaner country," a text that accompanies the video says.

"Well, for the Europeans, for the past hundreds of years you have been good for only one thing. The money that seems to you so shiny when it slanders settlements and soldiers will at the end be revealed to you as a unique self-destruction budget. Wake up." 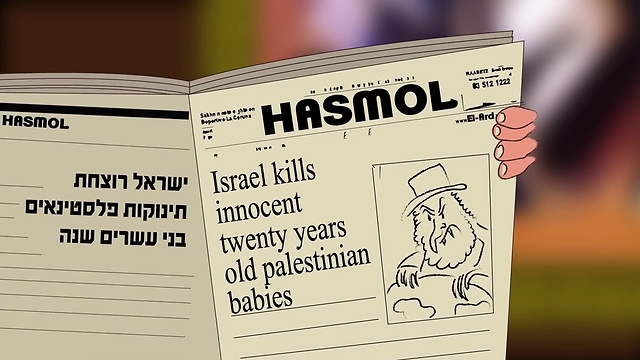 Peace Now, one of the organizations featured in the video, sent a letter to Attorney General Yehuda Weinstein on Sunday to "demand the prosecution of the producers of the anti-Semitic and inciting video published by the Samaria Settler Council."

"In this video, the line between freedom of speech and incitement for violence and physical harm was clearly crossed," Peace Now director Yariv Oppenheimer wrote. "The video is not only outrageous - it is criminal. I believe this video could provoke someone to act, either in a premeditated way or spontaneously, against left-wing activists."

The Samaria Settler Council's funding comes from the Samaria Regional Council, which receives its funds from the government.

"The use of public funds for the production and distribution of this video means that the video could represent an official position of the Israeli authorities, and not just that of an extreme organization," Oppenheimer added. 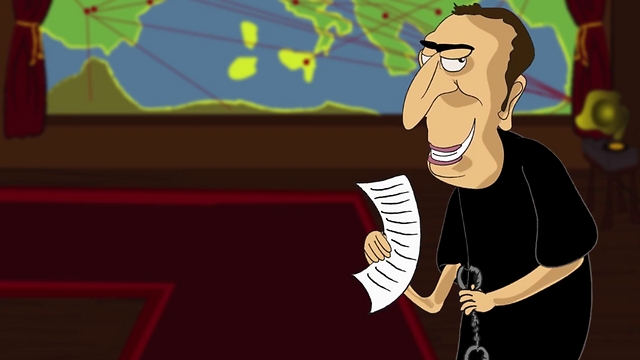 The chairman of the Samaria Residents Council, Benny Katzover, defended the clip. "The video points to the shameful phenomenon in which Israeli leftist organizations receiving funding from anti-Semitic Israeli-hating elements in Europe. How do you call a Jew who cooperates with them? A lowlife kike whose actions need to be made public - and maybe then he will stop with them," Katzover said.

On the Jewish character's hooked nose - a well-known anti-Semitic symbol for Jews - Katzover said: "The Jewish nose is their symbol and they're the ones who want to continue Nazi Germany's work and eliminate the State of Israel and it's disgusting that there are Jews willing to cooperate with them."

The uproar against it has crossed party lines and included a rebuke from Naftali Bennett, head of the pro-settler Bayit Yehudi party.

"The video is inappropriate, but its content is very true. There are left-wing organizations that hurt IDF soldiers, it's shocking, but it needs to be handled with legal means. I will never agree to the use of Nazi symbols in the State of Israel," Bennett said.