The Israeli agent behind enemy lines

Israelis knew him by his pseudonym Pierre Baudry, which he used while working as Yedioth Ahronoth's correspondent in Baghdad, but Roger Auque was much more than your average journalist – Auque's ties to the Mossad and CIA, and his kidnapping by Hezbollah, are now revealed in a new biography that has been published after his death due to cancer.

It is the summer of 1989. There is a luxurious yacht full of beautiful women in the French Riviera. A polite, but straightforward, Israeli man approaches French journalist Roger Auque.

"My name is Amos - I'm Israeli. We have a pilot, Ron Arad is his name, that has been held captive since 1986," the Israeli man says to Auque without wasting any time on formal introductions. "We think the person who released you from captivity can help us," the Israeli man said. The Israelis, Auque reveals in a sensational autobiography released after his death, had asked to be introduced to a French businessman of Lebanese descent Iskandar Safa known as "Sandy," and in return promised Auque an interview with Sheikh Obeid, the spiritual leader of the Amal militant group based in Lebanon. 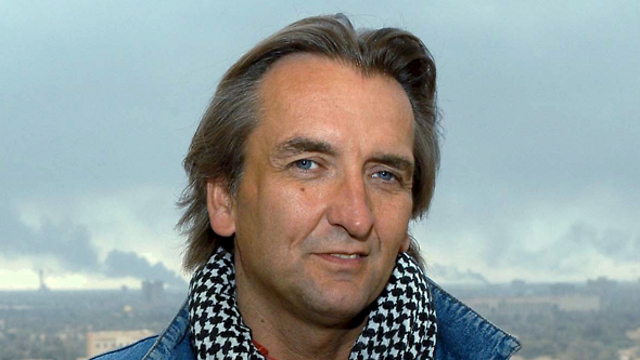 Roger Auque (Photo: Abaca)
Auque accepted the request and came to Israel, where Amos was waiting for him along with the Mossad agent "Tony" and Israeli diplomat Uri Lubrani. The interview with Sheikh Obeid never took place, but Auque ended up with a different story in his lap. When he returned to Paris, Auque fulfilled his part of the deal and introduced Lubani to the French businessman. "During that time I established very close ties with Israel," Auque wrote in his biography. "I would travel there a lot. I wasn't just a journalist. "The Israeli intelligence services paid me to complete certain missions, such as secret missions in Syria under the cover of a reporter. These missions were at times very dangerous, and I risked the worst, including death in the case of failure. I traveled to Damascus a number of time in order to make contact with the local elite, doctors, researchers and others – all of whom wanted to emigrate to the United States. Every time I would get the equivalent to a month's wage." Roger Auque passed away in early September as a journalist and France's Ambassador to Eritrea. He was 58 years old at the time of his death – he fought cancer, which stuck him at the beginning of his career as a diplomat in the service of the French Foreign Ministry, during the last two years of his life.

Auque, a veteran combat war reporter who survived 391 days in Hezbollah captivity, decided in the last days of his life to write up his secrets, his adventures and the mysterious missions that he took part in.

His services, he claimed, were not limited to the Mossad. The French intelligence services, who according to Auque knew about his work for the Israeli intelligence, also enjoyed the fruits of his labor and later on so did the CIA. In his autobiography, released two weeks ago, Auque wrote about the hardship of struggling with his captiviy even after he was set free. He also wrote of his secret daughter – Jean-Marie Le Pen's granddaughter and of the interviews he conducted with Ariel Sharon, Imad Mughniyeh and Yasser Arafat. "He knew himself that he would not reach the end of the adventure," wrote Auque's friend, Jean-Michel Verne, who helped Auque write the book, in the preface of the biography, a descendant of the legendary writer Jules Verne. "The book is pure Roger, because when a person knows he is going to die he doesn't cheat. He no longer cheats," said Verne of Auque. Auque was well known. Going by the alias Pierre Boudry, he wrote a series of reports for Yedioth Ahrnoth from Baghdad during the Second Gulf War. For years he reported for various international news outlets from war-torn areas. This is how he was taken captive in 1987 by Hezbollah, while he worked as a reporter in Beirut. Auque was held captive for a eyar. "Part of my life was stolen by violent people," Auque wrote in his biography, and described how reading was the only thing that helped him hold on. "Did I really leave the hell of captivity in Lebanon? My prison became internal. You cannot fully recuperate from that kind of experience," he wrote. Auque's release from Hezbollah captivity, he wrote, was a political gesture that was supposed to aid, among other things, the conservative party in the 1988 elections. In a plane that waited for Auque and another man held captive sent free during the deal were Jean-Charles Marchiani, the right-hand man of then French foreign minister at the time, and a man Auqes referred to as the key man in the deal, the French businessman of Lebanese descent Iskandar Safa – "Sandy" who became his loyal ally and close friend. "A lot of money was given in order for us to be freed," wrote Auque in his autobiography. "France did not pay, but rather the Libyan Gaddafi." According to Auque, a financial conflict between France and Iran was at the heart of the abduction, and millions of Euro were transferred from the French government by the Libyan dictator in order to enable their release.

Immediately after his captivity, Auque returned to the Middle East. "I never had a lifestyle that fits the earnings of a journalist," admitted Auque. "Therefore, I chose a second life, of a 'mercenary' for the secret services

Auque says he found himself in the heart of attempts to release captives. In his biography, he describes a dinner that took place in 1989 near the Champs Elysees in Paris. "There were Hezbollah members, Israelis, Sandy and myself," Auque said of the dinner.

In the beginning, he wrote, everyone ate together and conducted small talk. "After two hours we turned to serious things," Auque wrote. "The fate of American and British hostages held in Lebanon, Terry Anderson and Terry Waite, came up. That evening, the Israelis offered to give up two Lebanese terrorists that were taken captive in southern Lebanon. We also spoke of Ron Arad. Today I can reveal that through my work I led to the release of several captives. With others we failed, and some died. I deeply regret it. Just as I regret that I could not help find Ron Arad, who most likely died in Iran." 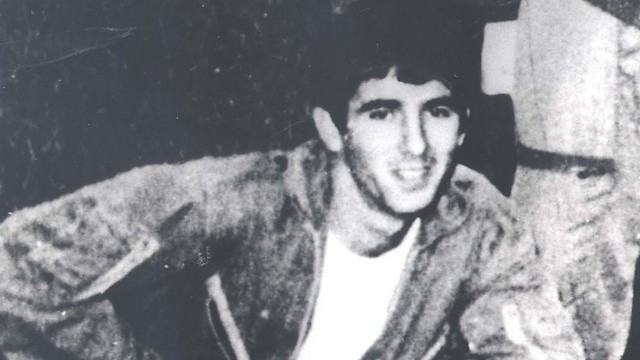 'I regret that I could not help find Ron Arad, who most likely died in Iran.' (Photo reproduction: Tzvika Tischler)
In an interview he conducted with i24 news in honor of the one year anniversary of the assassination of Imad Mughniyeh, Auque said that in the beginning of the new millennium, Mossad contacts reached out to him and asked him to help them find the phone number of Mughniyeh.. According to Auque, with the help of a Lebanese friend he succeeded in finding the number and passed it on to the contacts. Mughniyeh was responsible for one of Auque's biggest scoops – he was the only journalist to have succeeded in interviewing the Hezbollah terrorist.

Auque reveals more than just state secrets in the new book. Auque, who describes himself throughout the book as a hopeless womanizer, fathered three children from different women.

One of his children, it was revealed before his death, is Marion Maréchal-Le Pen, granddaughter of right-wing politician Jean-Marie Le Penand. Maréchal-Le Pen became the youngest member of France's parliament in history at the age of 22. While Auque's relationship with her mother went on for mere days, she notified him of the birth.

"I understood that the Le-Pen family didn't want me to acknowledge the child," he says. A decade passed before he was able to connect with his daughter. Auque had surprisingly kind words for Marine Le Pen, who inherited the right wing National Front party from her father, saying Marion's aunt acted as a father figure in the child's youth.

Auque's final adventure in life was in Eritrea, where he arrived thanks to former president Nicolas Sarkozy, a friend since the days when Sarkozy was mayor of Neuilly-sur-Sein and the two saw each other on their morning runs.

Auque traded in his bulletproof vest and war reporter clothes for bespoke suits and moved to the African country. He said he was aware that he was appointed partly in order to help free a French intelligence agent kidnapped in Somalia and held by the terror organization Al Shabab.

The mission failed, but according to Auque, he managed to arrange the release of several prisoners, including two Israelis. "I remember my intervention on behalf of a couple of Israeli tourists, a man and wioman who decided to make an emergency landing in Eritrea after a malfunction," he said of the incident, which was reported in Israel, but credited to former minister Efraim Sneh.

It was in Eritrea that he fell ill. He collapsed during a workday, and a tumor was discovered in his head. He struggled with cancer for two years and hoped to return to diplomacy, but when he realized the end was near, he began to write his book.

"I always had a special connection to death," he writes. "I lived as though I would die tomorrow. The danger, the fear of disappearing forever, attract me because they allow me to understand myself better."