Responding to the State Comptroller's report on spending in the PMO, ruling party points blame at former employee Menny Naftali and media campaign that 'deals with trifle matters'.

In the wake of the State Comptroller's report on spending in the Prime Minister's Office, the Likud party complained that some issues mentioned – like the bottle recycling affair and the garden furniture affair – were not investigated by the comptroller, while claiming that "in issues that were examined in the comptroller's report, there is no concern of corruption, let alone concern of criminal activity." 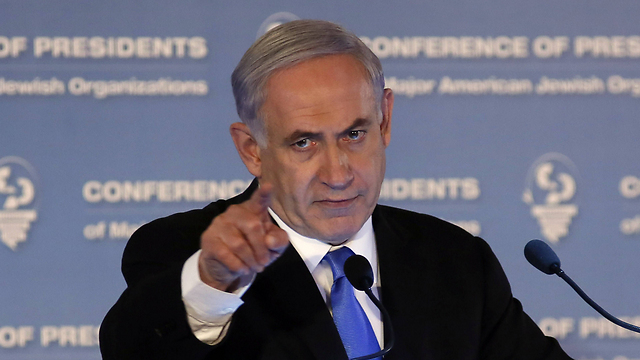 The ruling party said that "the ongoing media campaign around this report in recent weeks is a clear attempt to unseat the prime minister and the Likud government by dealing with trifle matters and distracting from the issue that is truly important: Who will protect the State of Israel from the immense security threats and pressure from the international community - Benjamin Netanyahu, or Tzipi (Livni) and Buji (Isaac Herzog)."

The Likud party claimed that "the introduction to the report, which is not part of the actual report, includes trifle matters about bottle recycling and garden furniture purchases. These issues were not examined by the comptroller, and neither the prime minister not the PMO were approached about these matters, and were not given the possibility to respond to these issues."

The Likud also pointed to the findings in the State Comptroller's report on the President's Resident's budget during Shimon Peres' term. The comptroller found that during Peres' time, tens of millions of shekels were added to the President's Residence’s budget. "The expenses of an official residence are in no way similar to those of any private residences. For example, the President Residence's expenses are far greater than those of the Prime Minister's Residence," the Likud statement said, adding that the report on the President's Residence fails to report on how the budget is allocated, "so there is no base of comparison that allows the public to judge the acceptable norm." The Likud laid the blame for the high expenditures on former superintendent Menny Naftali. "The Prime Minister's Residence's expenditures decreased significantly in the past two years. The expenses increased significantly over a certain period, during which Menny Naftali managed the official residence - a former disgruntled employee who is leading a smear and slander campaign against the prime minister in order to unlawfully extract money from the Treasury and hurt the prime minister and the Likud during election time. The official residence's expenditures decreased significantly after Naftali left."