Turkish media says some militants, 'expert in suicide and bomb attacks', are thought to have already entered country and are in safe houses.

Islamic State militants have entered Turkey and are plotting to attack diplomatic missions in Ankara and Istanbul, Turkish media on Thursday quoted the national intelligence agency (MIT) as saying.

Around 3,000 militants from the ultra-radical group in Syria and Iraq are looking to enter Turkey through its southern border after failing to take the Syrian Kurdish town of Kobani, the Hurriyet newspaper reported the internal MIT note as saying.

Some militants, including senior commanders who are planning the attacks, are thought to have already entered Turkey and are in safe houses, the note said, without saying how many entered. 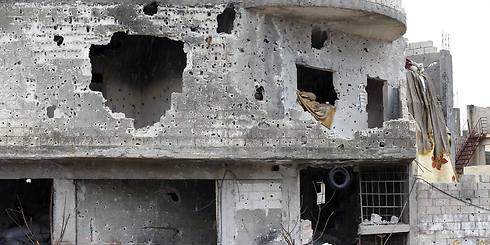 "Militants expert in suicide and bomb attacks are preparing ... attacks on the Istanbul and Ankara missions of coalition forces which intervened in Syria," it said.

Some militants with Syrian and Palestinian nationality were also planning to cross into Bulgaria to carry out attacks in European Union countries, it added. Turkish police declined to comment on the issue and MIT was not available for comment. Syrian Kurdish forces drove Islamic State (IS) fighters from the Syrian town of Kobani last month in a major defeat for the militants who control a 20,000-square-mile (50,000-square-km) arc of Syria and Iraq. Intense airstrikes by a US-led coalition involving European countries as well as Arab allies helped the Kurdish forces. Turkey has been hit by several bomb attacks this year, most recently last Friday near the border town of Suruc in Sanliurfa province, where a bomb hidden under a car blew up near a police checkpoint. There was no claim of responsibility, but the proximity to Syria suggested it could be related to the conflict. Following the attack, the Sanliurfa governorate said it had created an almost 100-km-long closed military zone north of the Syrian towns of Jarablus and Tel Abyad, both under IS control.

Turkey has in the past drawn criticism from Western allies for failing to stop the flow of jihadists across its border to join the Sunni insurgents in Syria. Some critics said it even aided the militants, an accusation that Ankara denies.