After Likud demanded State Comptroller to push release of his report on housing crisis to after elections, Zionist Camp leader says PM is 'looking for new victims and this time he's sinking his teeth into the State Comptroller'.

Prime Minister Benjamin Netanyahu's main rivals, the Zionist Camp, slammed on Saturday the prime minister's attempts to prevent the release of the State Comptroller's report on the housing crisis in Israel in about two weeks.

The Likud party demanded the report to be released after elections, while State Comptroller Yosef Shapira said the time of the report's release was set long before early elections were called.

On Friday, a senior Likud official told Ynet that the party's attack on the Comptroller is in order to, at the very least, tone down the report. 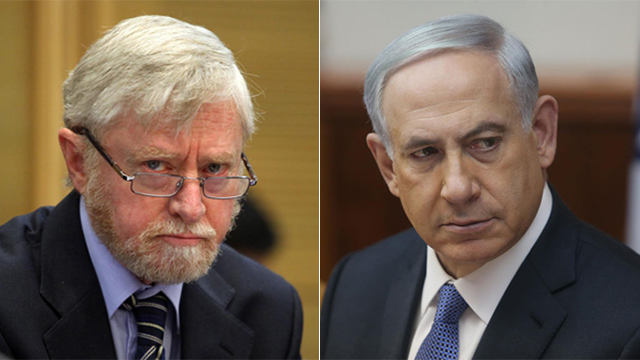 "We already know that we can't prevent the release of the report. But our criticism of the Comptroller has two purposes: One – to undermine his authority and credibility among the public, in order to soften the public's perception on the report's findings. The second purpose is to place public pressure on the Comptroller, so that he might soften the report's content and its wording before it is distributed to the public," the Likud source said.

"Bibi refuses to take responsibility and answer to the public over the Prime Minister's Residence. He blames the media, the superintendent and previous governments of everything. The more Netanyahu loses in polls, the more lies and spins he makes up. He's looking for new victims and this time he's sinking his teeth into the State Comptroller - it won't help him. The housing report will expose an echoing failure and a serious disregard of the public's needs. Bibi, you failed - go home," Herzog said. 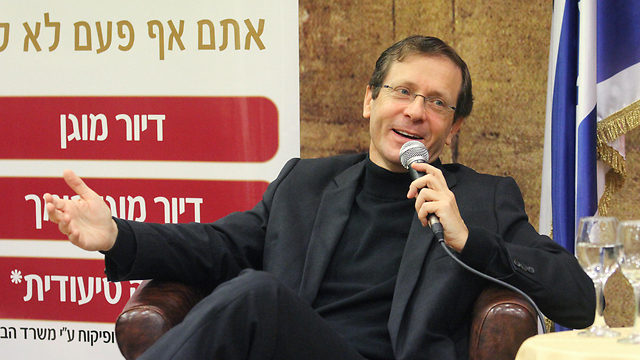 "Forget about bottles and garden furniture - the Comptroller's report on housing which will be released soon is the real incitement against Bibi. This man has to go not because of his Hollywood mansion in Caesarea, but because of the hundreds of thousands of Israelis who can't afford to buy even a humble apartment! This time we can understand where the panic that has taken a hold of him is coming from: It's no longer the 'leftist media' - it's the State Comptroller. The man he (Netanyahu) himself pushed to appoint and all of a sudden was turned into the nation's enemy."

"The six years of Bibi in power have been the golden age for contractors and tycoons, and a long-lasting nightmare for the rest of Israelis, who just want to buy an apartment, or who are groaning under the burden of their mortgage. Even he (Netanyahu) knows that this time he can no longer throw responsibility at others - not on Menny Naftali, not on Herzog and not even on the Iranians... under Netanyahu's rule, housing in Israel changed from a basic right to a privilege enjoyed by millionaires, and to a milk cow for a handful of contractors and close associates who are laughing all the way to the bank. Only a sucker votes Netanyahu," Cabel concluded. The Comptroller plans to publish the report dealing with the rising housing prices in early March, it was reported Thursday. The report will refer to the years 2006-2014, a period during which both Ehud Olmert and Benjamin Netanyahu served as prime ministers.

Among other things, the report will examine the manner in which different governmental offices handled such issues, looking into the conduct of the Prime Minister's Office, the Israel Land Administration, the Construction Ministry, the Center for Local Government and the Budgets Department at the Finance Ministry.

According to the latest review of the governmental appraiser, the housing prices in Israel rose in the third quarter of 2014 by 4 percent, compared to the same period last year.

The State Comptroller's Office said in response: "The Comptroller is not a player in the political arena. When a special report is prepared, it is to be published. It should be noted that the publication date was set long ago. It is the Knesset elections which were moved up earlier. The audit process is carried out professionally and according to practical considerations only, and it would be inappropriate for the work done by the Comptroller and his office to be affected by a political schedule."

The statement continued by saying: "The report on the housing crisis deals with an important issue which has been on the public agenda for a long period of time, and the lack of apartments is severely hurting weakened populations. The State Comptroller asks that the reports not be used in a cynical and political manner, and stresses that he serves the entire public, as required by the Basic Law on the State Comptroller and the State Comptroller Law."