Taking a beating in Aleppo

The Assad regime, Iran and Hezbollah were quick to gloat at their military victory against the rebels in Syria's northern capital, but they were somewhat premature.

While all eyes - and Israeli eyes in particular - were looking to southern Syria following a joint operation by the Syrian army, Hezbollah and Iran's Revolutionary Guards against the Syrian opposition in the Golan Heights, Syrian President Bashar Assad's forces this week made a similar push against the rebels in the strategic northern city of Aleppo, close to the Turkish border - with dismal results.

Initially, the regime was able to achieve an impressive feat when it took over the northern suburbs of Aleppo, which were controlled by Jabhat al-Nusra and other factions - areas that the Syrian army had been unable to reach in a long time. The purpose of the takeover was to cut off supply lines for the rebels in Aleppo and end the siege imposed on the northern Shiite villages of Nubul and Zahra. 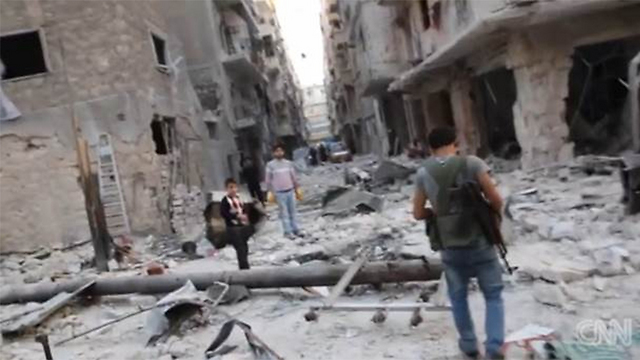 Battle-scarred Aleppo. (Photo: CNN)
But the joy expressed in the Syrian, Iranian and Hezbollah media at the military achievement was premature. The rebels and members of Jabhat al-Nusra, a branch of al-Qaeda in Syria, were quickly able to regain control of these areas and to capture dozens of members of Assad's army and its allies, among them Hezbollah, Iranian fighters and Shiite militia fighters.

At the moment, the two sides are talking in an attempt to reach a prisoner exchange involving Assad's troops in return for inmates in Assad's jails.

According to the Syrian Observatory for Human Rights, 129 Assad soldiers or fighters loyal to him, including five members of Hezbollah, were killed Saturday in fierce battles. Another 116 opposition activists were also killed, and it seems that the battle is far from over.

But caught between the warring sides are, once again, the people of Syria. The Syrian Observatory for Human Rights said Saturday that a massacre had been carried out in recent days in the village of Raitan, north of Aleppo. Fighters from Assad's army and from Hezbollah killed 48 people, including ten children, the Observatory said. Eye witnesses reported soldiers entering homes in the area and mercilessly slaughtering the residents. 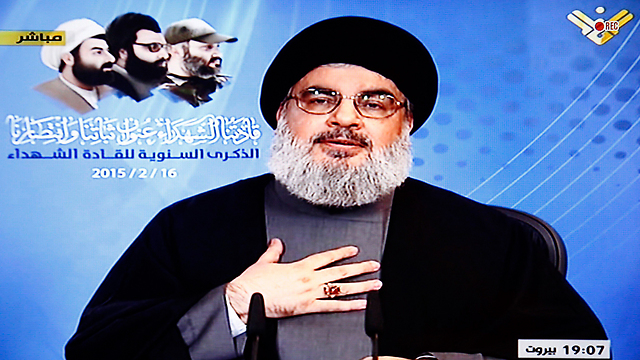 Assad's army is now centering most of its forces in the northern suburb of Aleppo, which is closer to the Turkish border, and less inside the city itself – which has been divided since summer 2012 into rebel-controlled and regime-held areas. It is now de facto two cities.

One of the chief propagandists of the "resistance" against Israel, the editor of Hezbollah's Al-Akhbar newspaper, Ibrahim al-Amin, was asked during a conversation with Facebook users why the Syrian regime and its allies had decided to open fronts on the Golan and in Aleppo at this stage.

Al-Amin explained that this was another step toward reclaiming control over Syria's borders.

"Thus will the main objective be achieved - reducing the flow of armed fighters and curtailing the flow of aid to them," he said. "I also anticipate that another front will be opened near the border with Iraq."

In light of the losses by Hezbollah and Assad's forces in Aleppo in recent days, Syrian opposition sources found time to mock Hezbollah chief Hassan Nasrallah, who has been uncharacteristically loquacious in recent days, using the now-popular hashtag #HassanthePiper.