Forced from Damascus, Hamas establishing itself in Turkey

Islamist group sets up 'West Bank and Jerusalem Headquarters' in Istanbul, taking advantage of deteriorating ties between Ankara and Jerusalem, using it as base for recruitment.

Relations been Israel and Turkey have been on a slippery downward slope in recent years; of late, however, the situation has led to grave consequences beyond the realm of politics: Turkey has become a Hamas hotbed, and members of the organization's military wing are undergoing military training on Turkish soil, with the knowledge, support and assistance of the local authorities.

The US administration has appealed in recent months to the Turkish government to prevent Hamas military activity in its territory, arguing that Turkey is a member of NATO and that Hamas is viewed by most NATO members as a terrorist organization. The appeals have gone unanswered.

For his part, Defense Minister Moshe Ya'alon has raised the issue in his talks with the defense ministers of various NATO countries on several occasions, including last week in India, where he attended a military exhibition. Ya'alon defined Turkey's role in helping Hamas' build its terrorist networks in the West Bank and the Gaza as "a cynical game on the part of a NATO member state." 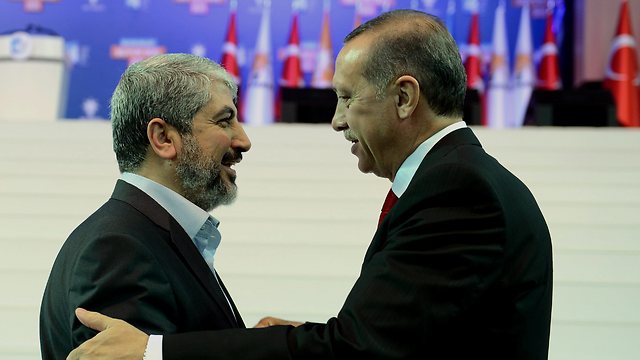 Hamas set up its so-called West Bank and Jerusalem Headquarters in Istanbul immediately following the organization's expulsion from Damascus in 2011. In 2013, Hamas underwent restructuring, and the organization expanded the activities of the Turkey-based headquarters, headed by Salah Al-Arouri, who was deported from Israel in the past. Among others, under him now in Turkey are 20 militants released as part of the Gilad Shalit deal, including the likes of Zaher Jabarin and Jihad Yarmur, who were involved in the murder of soldier Nachshon Wachsman.

The headquarters in Turkey is engaged in part in locating West Bank and Gaza Strip residents who are studying in Turkey, Jordan, Syria and other Arab countries, with efforts also being made to recruit students from among the Israeli Arab population.

The students undergo initial screening in Jordan and Turkey; and since Jordan does not allow Hamas activists to undergo military training on its soil, the recruits are sent to the headquarters in Istanbul, where they receive security clearances and are sent for military training just outside the city – under the watchful eye of Turkish intelligence officials.

The recruits, hundreds every year, are trained in the use of light weapons, bomb-making and covert operations, and are then sent for additional training in Syria. From there, they go the West Bank to engage in terror activities and establish clandestine terror cells. 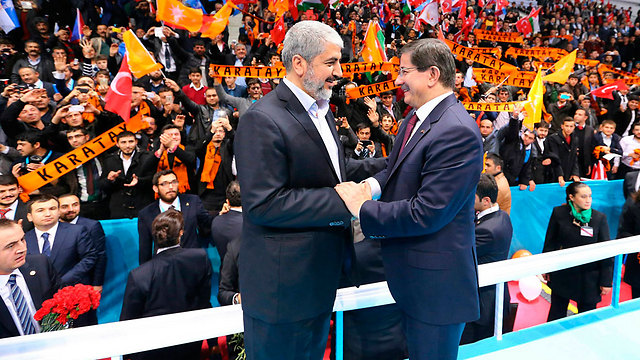 May and August of last year saw the arrest of 93 terror activists who were planning to carry out a series of attacks in the Palestinian Authority in an effort to destabilize and topple the government. Heading the terror network was Riad Nasser, a veteran Hamas operative who was working in conjunction with the headquarters in Istanbul. In September 2014, 30 activists who had already carried out attacks were arrested. Their leader was Manaf Ajbara, from the West Bank town of Tul Karem, an engineering student who was recruited and trained in Turkey.

Hamas' West Bank and Jerusalem Headquarters in Istanbul receives ongoing reports from the West Bank from intelligence-gathering agents working in the field, and the Turkey-based command center has been behind several of the violent events that have occurred in Jerusalem and on the Temple Mount in recent months.