Netanyahu's government blamed for not recognizing the beginning of housing crisis.
Photo: Reuters

Competing factions grill each other after state comptroller releases report examining the source of the current housing crisis, which has led to soaring housing prices; Likud and its allies blame Lapid while others place blame with Netanyahu.

"This is an important report that investigates Netanyahu's years of failure and neglects in handling housing problems in Israel. The public should know who is responsible for the national housing crisis," said Lapid on Tuesday. 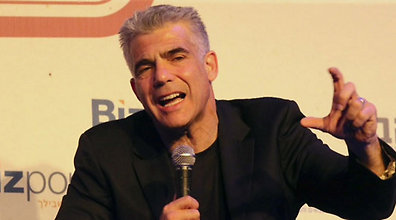 Yesh Atid also criticized previous governments, claiming that they had "watched the growing housing crisis from the side and did nothing about it."

"We did not wait for the comptroller's report in order to deal with the problems and failures that accumulated for years because the housing crisis was ignored," said the Yesh Atid party.

Lapid's words did not stop Likud MK Miri Regev for placing the blame for the housing crisis squarely with Lapid and said that he should take the blame since he was chairman of the housing cabinet in Netanyahu's government for the past two years. 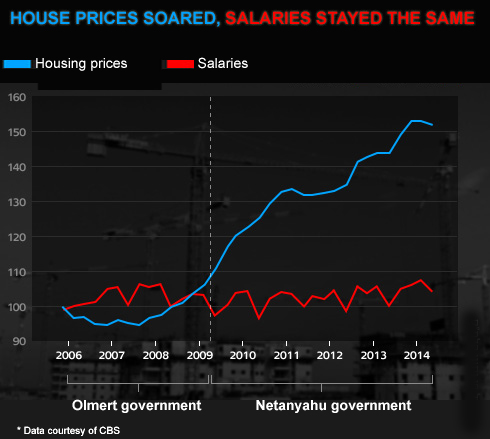 "You have nobody to blame," said Regev to Lapid. "You were the chairman of the housing cabinet. Take responsibility."

Regev added: "This is an ongoing problem, shared by many governments and several professional bodies. Netanyahu was the first to recognize the problem and therefore established the housing cabinet, headed by Lapid, with wide powers – almost like a government. Unfortunately, Lapid did not perform his duties properly."

Regev's dismissed the report's wording which stated that the Netanyahu government failed to realize the problem before the housing crisis emerged. The pro-settler Bayit Yehudi political party, headed by Naftali Bennett, said Wednesday that the housing report "proves that Housing Minister Uri Ariel correctly identified the failures when he entered his position and knew how to operate in order to fix the damages that had accumulated over the years."

"The minister Uri Ariel plan, which brought record marketing of 50 thousand apartments since the establishment of the state, planned and carried out the target price plan, signed rent ceiling plans with local authorities, tripled the inventory planning and promoted the path to an apartment plan – it is the only solution for the housing crisis."

The Bayit Yehudi response, thus, failed to mention who they blamed for the current housing prices – focusing attention, instead, to the work of their own party member. Former prime minister Ehud Olmert also offered his response Wednesday to the report released by the state comptroller. "According to official statistics from the Central Bureau of Statistics, in the four years that Olmert served as finance minister and later on as prime minister there was a real decline that included a 2 percent reduction in housing prices. "The dramatic and destructive rise in the price of housing occurred during Netanyahu's governance. However, like always, everyone except for Netanyahu is blamed except for the sitting prime minister for the past six years. Instead of running away from responsibility, and making up embarrassing excuses, it has come time for Netanyahu to look at the Israeli public straight in the eyes and admit that he failed." The Kulanu party, headed by former Likud member Moshe Kahlon, blamed Prime Minister Benjamin Netanyahum, along with former finance minister Yair Lapid, an Economy Minister Naftali Bennett for the high cost of living associated with the recent housing crisis.

The sharp criticism made by Kulanu came after a report released by the state comptroller Wednesday outlined the decisions and policies that led to a sharp rise in housing prices.

The Kulanu party says the report gives a "failing grade to the Netanyahu-Lapid-Bennett high cost of living government."

"The Israeli public does not need this kind of report or another in order to understand the catastrophic situation that we are in," the Kulanu party added. "Unfortunately, the report does not investigate the biggest failure of recent years – Yair Lapid's 0% VAT plan. The plan caused great damage to the Israeli public in general, especially young couples…It's time that the guilty, led by former finance minister Yair Lapid, take responsibility."

Roi Yanovsky and Alexandra Lukash contributed to this report.