Op-ed: The second and third Netanyahu governments are exclusively responsible for the total failure to help families from the lower echelons with affordable housing.

The concluding chapter in the state comptroller's housing crisis report reviews the government's actions to guarantee affordable housing for families which may be entitled to it. Not actions, failures.

While many factors contributed to the general house price increase, the government – Prime Minister Benjamin Netanyahu's second and third governments – is exclusively responsible for the complete, total failure to help weak populations with housing.

Two Fronts
Leave Bibi alone
Sima Kadmon
Op-ed: Netanyahu has made his priorities very clear: Who cares that many Israelis will never own a home when Tehran is inching closer to the bomb?
Leave Bibi alone

This isn't the usual Israeli mixture of an impotent government and oppositional bureaucracy, but a leadership which is shamelessly demonstrating its indifference towards the fate of 250,000-300,000 families from the lower echelons who live in rented apartments.

A considerable number of these families are dealing with a heavy rent burden, about 30% of their net income. The high rent, compared to the income, prevents these families from living in dignity, as the state comptroller says. They are also not enjoying one positive outcome of the house price increase: A rise in the value of their assets. They have no housing assets. They are only losers. 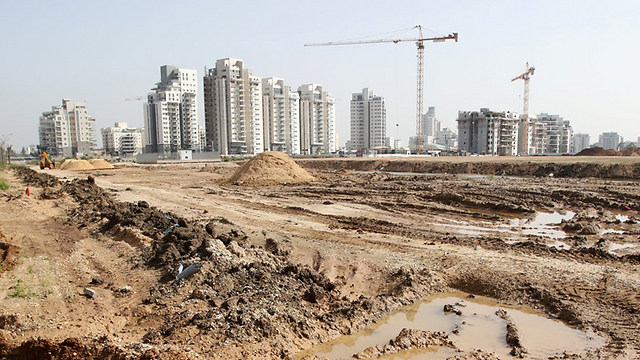 The arrogant comments made by the prime minister and housing ministers about a solution to the distress are undermined by an amazing fact: From 2010 to 2013, the government ministries succeeded in initiating the construction of several hundred supervised apartments for rent. Not every year, in total. This amount of solutions for affordable housing makes up about 0.1% of the households dealing with a rent burden.

After the approval of the Trajtenberg Report, which was issued by the committee appointed to propose solutions to Israel's socioeconomic problems after the 2011 social protest, the government decided to speed up the marketing of more than 5,000 apartments for Israelis entitled to affordable housing, as part of a special program called "Mechir Lamishtaken". In practice, 114 apartments for reduced rent were built. This is, the comptroller writes, "a minor achievement with a very high cost."

It's very difficult for a government, any government in the Western world, to influence the housing market, which is impulsive and unpredictable. That's not the case when an issue of absorbing massive immigration is put on the table, like what happened in the 1990s, or when the shortage in affordable housing for the weak populations deepens. This requires clear intervention by the government and the prime minister. This intervention existed when it came to aliyah, but not when it came to Israel's poor.

The state comptroller's report starts reviewing the housing crisis from 2008. That's a mistake. In 2008, housing prices increased by an average of 3%. In real terms, that was simply a slight amendment of the drop in apartment prices from 1997.

The crisis erupted in all its intensity only in the second half of 2009, and continues to this very day. Its ugliest face is the atrocious neglect of affordable housing.