Swastika display outside California home has neighbors, lawmakers up in arms

Northern California resident has poster-size Israeli flags with swastikas instead of stars outside his Sacramento home; lawmakers try to find way to urge man to take them down.

A Northern California man's display of poster-size swastikas outside his Sacramento house is upsetting some neighbors and state lawmakers, who plan to call on him to remove them.

The symbols used by German Nazis in World War II replace stars in one American and two Israeli flags. There is also a Palestinian flag and a statue made of wood of a figure raising its arms and dressed in army green. The display also includes Christmas lights to illuminate it at night.

Sacramento Police Spokesman Officer Justin Brown said Wednesday police received a call about the house in the River Park neighborhood on Monday and after doing a welfare check found there was no reportable crimes. "We haven't received any other complaints," Brown said.

Democratic Senator Marty Block of San Diego said a news conference with lawmakers, veterans and community leaders will be held Thursday to call on the house owner to voluntarily remove the swastikas. 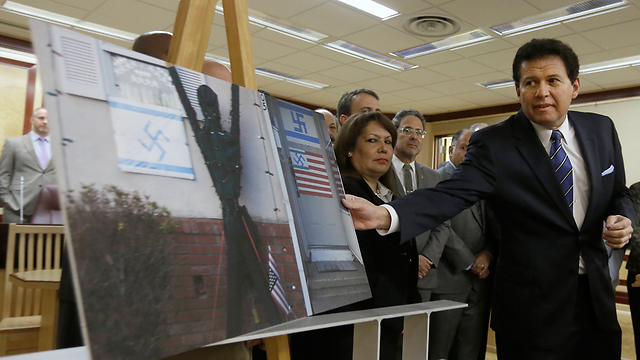 Block, chair of the Jewish Caucus, called the display "an insult" to the American soldiers killed and wounded fighting Adolf Hitler's Nazi army and the millions who died in German concentration camps.

"It's an insult to the memory of tens of thousands of brave American soldiers who died fighting people wearing swastikas and for the 6 million people who died a horrible death in concentration camps," Block said. Six million jews were killed during the Holocaust.

KCAR-TV first reported about the display on Tuesday and tried to talk to the resident but he refused to be interviewed. 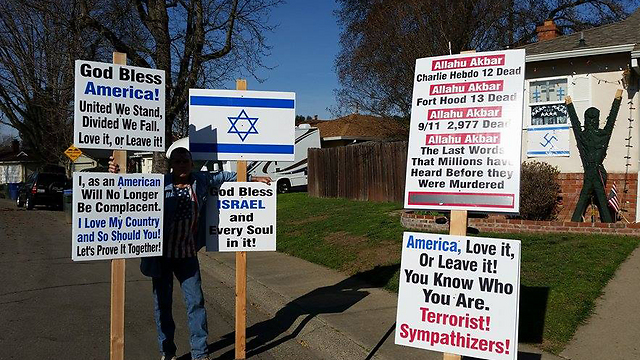 Robbie Rose, who lives nearby, told KCAR-TV he has thought about taking the swastikas down himself.