Hamas source says it will no longer accept Egypt as a broker between Palestinians and Israel after Egypt decides to list Hamas as terror organization.

An Egyptian court listed the Palestinian group Hamas as a terrorist organization, judicial and security sources said on Saturday, one month after a judge listed the group's armed wing as a terrorist group. Hamas is an offshoot of Egypt's Muslim Brotherhood which the authorities have also declared a terrorist group and have repressed systematically since the army ousted one of its leaders, Mohamed Morsi, from the presidency in 2013. 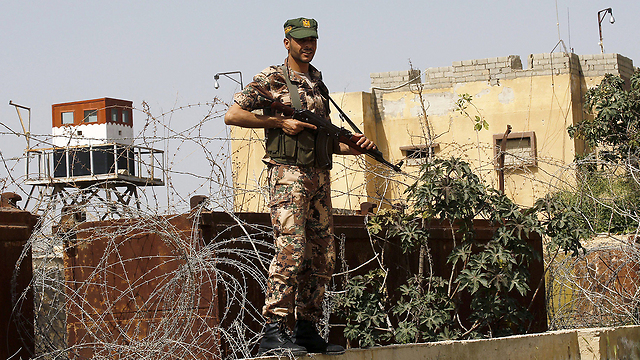 Forces along Egypt-Gaza border (Photo: AFP)
"The court ruled that Hamas should be included as a terrorist organization," Samir Sabry, one of the lawyers who brought the case against Hamas, told Reuters.

Hamas responded with anger to the decision, with spokesperson Sami Abu Zuhri saying it "turns Egypt to Israel partner and an enemy to the Palestinians." According to him, the decision was an attempt to blame the turmoil in Egypt on external parties.

He further called the move "an embarrassing stain on Egypt's reputation," and said the move would have little to no influence on Hamas' "prestige or standing". 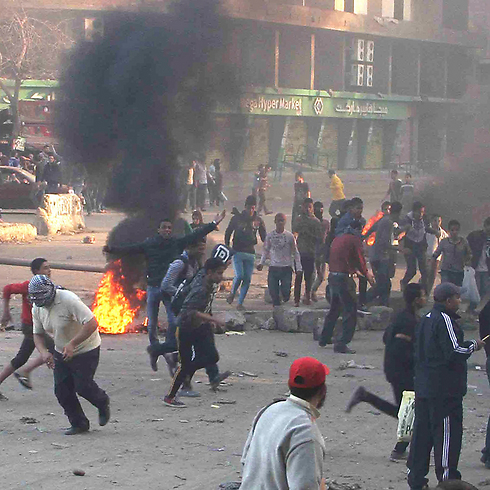 The decision was reached for Hamas role in terror attacks on Egyptian soil. While the January decision against Hamas targeted only the armed wing, Saturday's broader ruling could have greater consequences for the already strained relations between Cairo and Hamas, which rules the Gaza Strip along Egypt's border.

A source close to Hamas' armed wing signalled the group would no longer accept Egypt as a broker between it and Israel after the January decision against Hamas' Qassam Brigades armed wing.

Cairo has for many years played a central role in engineering ceasefires between Israel and Hamas, which dominates the Gaza Strip, including a truce reached between the sides in August that ended a 50-day Gaza war.

An Egyptian court sentenced five leaders of the banned Muslim Brotherhood group to life in prison on Saturday over violence at their headquarters in 2013 and issued death sentences for four others.

The case stems from clashes in a Cairo suburb on June 30, 2013, four days before the ouster of Islamist President Mohammed Morsi, that killed 11 people and wounded 91. The men faced charges including murder and possessing firearms. The verdict can be appealed.

Brotherhood Supreme Guide Mohammed Badie and his deputy Khairat al-Shater were among those sentenced to life, along with former lawmaker Mohammed el-Beltagy and party head Saad el-Katatni and his deputy, Essam el-Erian. Nine others also received life in prison. Badie already has been sentenced to death in another case.

Some 22,000 people have been arrested since Morsi's ouster, including most of the Brotherhood's leaders, as well as non-Islamist activists swept up by police during protests.