Special area in Rio's Olympic Village will commemorate 11 Israeli athletes killed by terrorists at 1972 Olympics; 'moment of refelection' to be observed for victims during closing ceremony.

The International Olympic Committee (IOC) decided Sunday to establish a special area in the Olympic Village in Rio to commemorate the memory of the 11 Israeli athletes killed by terrorists at the 1972 Munich Olympics, In addition, a "moment of reflection" in honor of the victims will be held during the closing ceremony.

International Olympic Committee President Thomas Bach said following the decision that the IOC will "remember all those who have lost their lives at the Olympic Games," citing also Georgian luger Nodar Kumaritashvili, who died in a crash the day before the opening of the 2010 Vancouver Games.

The IOC has been criticized for not holding a minute of silence for the Israeli victims at the opening ceremony of recent games.

The attack began on Sept. 5, 1972, when terrorists slipped into the unguarded Olympic Village in Munich, seized the Israeli compound and demanded the release of jailed comrades.

By the time the violence ended at Fuerstenfeldbruck the following day, 11 Israelis and one German police officer were dead. 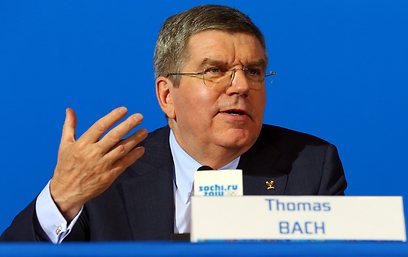 In recent years, the victims' families made great efforts to keep the memories of their loved ones alive in commemorative ceremonies. Ahead of the 2012 London Olympics, a number of campaigns were launched to urge the International Olympic Committee to honor the memory of the eleven slain athletes in one minute of silence at the opening ceremony of the games. While the IOC declined the request, several IOC officials honored the victims at a ceremony initiated by the Israeli embassy and Jewish community in London.

In addition to the ceremony, Culture and Sports Minister Limor Livnat, who was present at the 2012 opening ceremony, observed an independent moment of silence. Moreover, Jacques Rogge, then President of the International Olympic Committee, decided to lead a moment of silence during a ceremony promoting the Olympic Truce, signifying the first time that the Olympic movement commemorated the Israeli victims in an Olympic village. 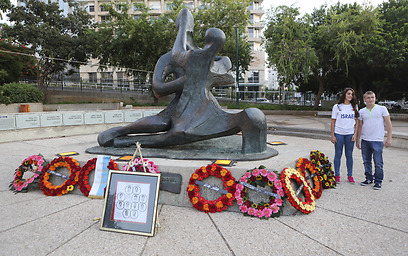 The Olympic Committee of Israel said on Sunday: "We were very happy to hear Thomas Bach addressing the issue of the Munich massacre. We will wait to receive an official statement, learn it, and will then respond."

Culture and Sports Minister Limor Livnat said: "While the decision of the IOC has come 43 years late, it's better late than never. The long period of time that has gone by since the heinous murder did not numb the pain. For us, the massacre of the athletes in Munich by Palestinian terrorists is forever engraved in our collective memories. The honorable commemoration of them as part of the Olympic Games is the minimum of respect the IOC Board can give for the families of the victims who are flooded with tragic memories of the massacre with every Olympics."