Thousands of Yiddish manuscripts that survived Holocaust and Stalin's anti-Jewish onslaught are finally seeing light of day after being holed up in basement of Catholic church for seven decades.

After seven decades holed up in a Catholic church basement in the Lithuanian capital, thousands of Yiddish manuscripts that survived the Holocaust and Stalin's anti-Jewish onslaught are finally seeing the light of day.

A browning, century-old play by renowned Jewish playwright Jacob Gordin is among them. Penned in Yiddish but using the Latin alphabet, it still bears the red wax seal of Tsarist Russia's censors.

"'Mirele Efros' was a very popular Yiddish play, and a theatre sent the copy (to the Tsarist censor) to get permission to stage it," said historian Lara Lempertiene, showing off several manuscripts, some in Yiddish, others in Hebrew.

Thanks to a daring librarian, the 15-page copy of "Mirele Efros", often dubbed the "Jewish King Lear", and the numerous other documents – whose contents are still largely unknown – were spared destruction. 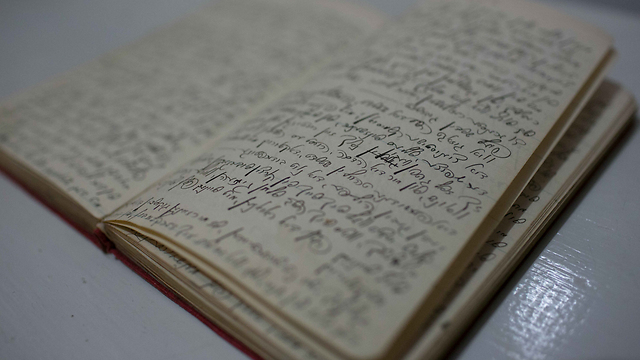 Thousands more ended up in the United States after the Holocaust nearly wiped out the once vibrant Jewish community in the Baltic state.

With brushes, erasers and glue, archivists are now hard at work to prepare them for digitizing, in both Vilnius and at the New York-based YIVO Institute for Jewish Research that has spearheaded the bid to reunite the "lost" collection.

The aim is to put the more than one million manuscripts online in a digital archive highlighting pre-war Jewish life in Eastern Europe. It is expected to take seven years.

"During the 1920s and 1930s, all these materials were together here in Vilnius. They constituted a single whole that was torn apart first by the Nazis and then by the Soviets," Jonathan Brent, the institute's executive director, told AFP in a telephone interview from New York.

'Jerusalem of the North'

The YIVO Institute's vocation goes back long before the war.

Founded in 1925 by Vilnius intellectuals, it undertook a study of Jewish languages, literature and culture in Eastern Europe and Russia dating as far back as the 17th century.

YIVO relocated to New York, however, after Lithuania's sizeable Jewish community – about 200,000 – was all but obliterated in World War II.

Jews had first arrived in Vilnius in the 16th century, and accounted for about one-third of its population before the war. The city had become a cultural hub, attracting Yiddish-speaking writers and scholars and earning the nickname "Jerusalem of the North."

But more than 90% of Lithuanian Jews perished between 1941-1944 at the hands of the Nazis and their Lithuanian collaborators.

During the Nazi occupation, part of the archive was sent to Germany but later found by the US Army and taken to New York.

The documents remaining in Vilnius were slated for destruction under Soviet dictator Joseph Stalin's anti-Jewish campaign, after Moscow took over the Baltic states in 1944.

Against the odds, a Lithuanian librarian managed to have them concealed in the church basement, where they remained until the collapse of the Soviet Union.

"What we are doing with the help of Lithuania's government and Lithuanian institutions is to reunite these parts digitally," YIVO director Brent said.

It will allow Lithuanians "to understand that Jewish culture was an integral part of Lithuanian culture, to have access to that hidden part of their past."

Today, only about 3,100 Jews live in this nation of three million, which joined the European Union and NATO in 2004.

Very few of them understand Yiddish and have shown little interest in the manuscripts but Faina Kukliansky, chairwoman of the national Jewish association, hopes the digital archives will change this.

"The current project will help uncover the rich and unique heritage of the Yiddish language, culture, literature and even traditional Jewish cooking, for Lithuania and the world," she told AFP.

"Vilnius has always been a multicultural city," Lithuania's chief archivist Ramojus Kraujelis told AFP. "This project is our modest contribution to historical justice."