Radical terror group Islamic State released footage on Tuesday evening purportedly showing a child executing an 'Israeli spy.' Twitter accounts linked with ISIS had published a preview clip earlier in the evening with Muhammad Said Ismail Musallam, a 19-year-old Israeli from East Jerusalem. The tweets from the social media accounts also claim the Israeli Arab was killed by the Islamic State. The footage presents several other people which ISIS claims are spies. "We are looking towards Jerusalem," the group says in the video.
Video released by Islamic State
X

The video, published by the group's Furqan media outlet, showed Musallam sitting in a room wearing an orange jumpsuit, talking about how he had been recruited and trained by the Israeli intelligence service. He said his father and elder brother had encouraged him.

After that, it showed Musallam being escorted to a field and executed by a boy, described by an older, French-speaking fighter as one of the "cubs of the caliphate". 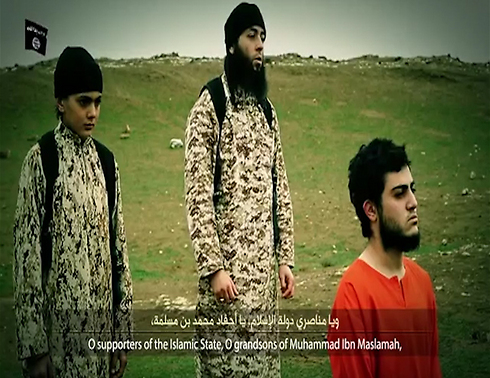 The ISIS militant delivers a threatening message to Jews. "Allah granted us the grace to murder Jews on their lands in France."

He added: "As to what happens here in the Islamic State, these are our young lions. They will kill those sent by the stupid Mossad to spy on the secrets of the Mujahedeen and the Muslims."

Ahmad Musallam, brother of Muhammad, told Ynet he had not seen the clip. "May God take care of them," said the tearful brother.

"My brother was a little boy who did not care for religion or politics. Daesh used him and tricked him," he said, referring to the Islamic terror group by its Arabic name.

The video, which was about 13 minutes long, showed Musallam on his knees as he listened to the older fighter speaking the verdict in French. 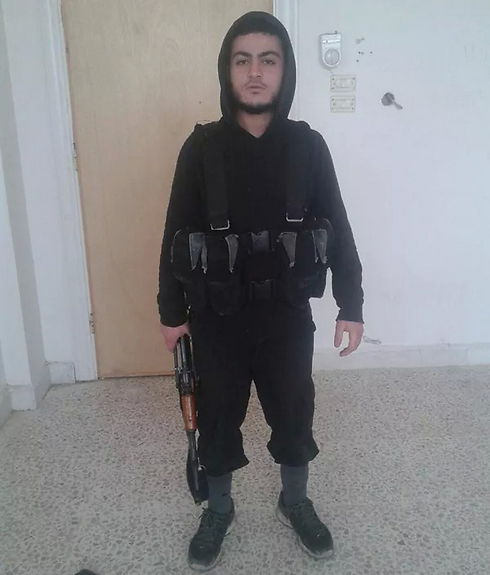 Then the boy, wearing a military uniform and armed with a pistol, stands face to face with Musallam and fires one bullet into his forehead. Musallam crumbles, then the child shoots him three more times and chants "Allahu Akbar!" (God is Greatest).

"I tell my father and my son: Repent to God. I say to the spies who spy on Islamic State: You will not be successful, they will expose you," Musallam said in the latest video, in Arabic.

Musallam's family have said he went missing while on a tourist trip to Turkey and an Israeli security official has said he went to Syria to fight for Islamic State in October last year.

Musalam's father, Said, told The Associated Press shortly after the video's release that he had not seen it yet. But he said his 19-year-old son left for Syria four months ago without telling his family.

Soon after his departure, Musalam told his brother that he was going to fight with IS. Musalam later contacted the family online from the extremists' de facto capital of Raqqa in northern Syria, and said he wanted to return home, his father said.

"I saw him with a long beard and long hair and a Kalashnikov," his father said. "He told me, 'Look dad, I am fed up here, it is a country of war, and I want to come back.'"

More than a month ago, the family received a call from an unidentified person who said Musalam had fled IS, was caught at a Turkish checkpoint, and was put in IS jail.

"They did not want to let him leave because if he comes back, he might be caught by the Israelis and tell them what he had seen. So they wanted to get rid of him," the father said. "I know my son. I raised him well. I am sure he's not working for the Mossad."

Last month, ISIS claimed it was holding a Mossad spy captive and published an interview with the alleged Israeli spy in the latest issue of the terror organization's magazine "Dabiq." In the interview, Musallam says he was enlisted into the the Mossad by a Jewish neighbor who worked as a police officer.

"He came one day and asked me to work with Israeli intelligence," Musallam said in the interview. "I told him I would think about it, and then went and asked my father and brother what they thought. They both encouraged me to do it and told me that it was a very good job. They told me there was a lot of money in it, and that you could advance to higher positions. I knew at that point that they themselves were working as spies," said Musallam.

Musallam claimed that he was trained at 'Anatawt Training Camp in East Jerusalem and received NIS 5,000 for his participation in the course. He was later paid per mission and said, "In general, the pay would be proportional to the assignment and its level of importance, and the minimum would be 5,000 shekels. The bigger the assignment and the more valuable the information, the more they would pay me and the more bonuses I would receive."

Musallam said he received a month-long training on self-control and how to survive an interrogation. He also said he was trained to extract information and underwent weapons training. 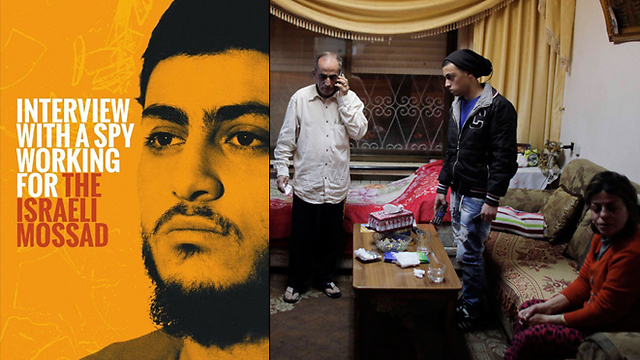 After Musallam had worked as a spy for a while, another officer by the name of Miro offered him to go off on a mission to spy on the Islamic State group in Syria. "They offered me a monthly salary. They would also give me a house, and would take care of any issues I had and any documents I needed, as well as my living needs when I returned," said Musallam of the offer he was given by the alleged Israeli intelligence officer.

Musallam said in the interview that he entered Syria by way of Turkey with the help of a smuggler whom he contacted by phone.

According to the alleged spy, he was caught because he "began acting in a manner that was not typical of a muhajir despite the training (he) had received from the Mossad."

Elior Levy, Reuters and Associated Press contributed to this report.