As many as 50,000 French Jews may be eligible to vote in elections, with majority of them religiously hardline and leaning to the right.

Israelis awaiting their second general election in two years may be wearied by aggressive voting campaigns, but candidates in next week's snap ballot have found a brand new target demographic - French olim.

More than 10,000 French Jews have moved to Israel since the 2013 election, and polls on March 17 will be the first where parliamentary hopefuls have directly canvassed support among French voters.

Prime Minister Benjamin Netanyahu sparked controversy by encouraging French Jews to move to Israel in the wake of January's Paris attacks that left 17 dead, including four at a Jewish supermarket. 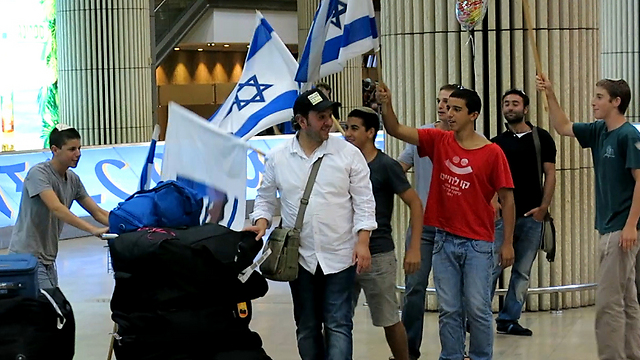 He then irked some Danish Jews by repeating the migration call last month following an attack outside Copenhagen's main synagogue.

"Netanyahu understands the importance of the French community in Israel and wants to reach out to them," Benjamin Lachkar, the French spokesman for the premier's Likud party, told AFP.

Likud and its rivals have both seen the potential rewards in courting French-Israeli voters, not only for this election but also for future votes.

The numbers are encouraging.

Around 500,000 Jews live in France - the largest Jewish population in Europe and the third-largest in the world, after Israel and the United States.

More than 7,000 French Jews arrived in 2014, doubling the previous year's arrivals, according to figures provided by the Jewish Agency for Israel.

Last year, for the first time, more Jews came to live in Israel from France than from anywhere else, and a further 15,000 are expected to settle in 2015 alone.

"If the state of Israel can properly integrate its immigrants, then more will follow," said Yoni Chetboun, a deputy from the far right Yachad party.

Polls predict Yachad could win four seats out of 120 next week, and the party has held electoral meetings with French voters across the country in the run-up to voting.

Chetboun said he wanted the government "to solve the problems of immigrants coming from France", who face the same shortage in housing and social provisions as other newcomers to Israel.

'Both Jewish and democratic'

The majority of French Jews to have settled in Israel in recent years are religiously hardline and lean to the right politically.

As many as 50,000 may be eligible to vote next week, from a total electorate of about 5.8 million.

Fearful that the new arrivals may plump for one of several far-right groups competing in the election, Netanyahu's Likud party has launched a social media campaign to lure French voters, including a French-language Facebook page. 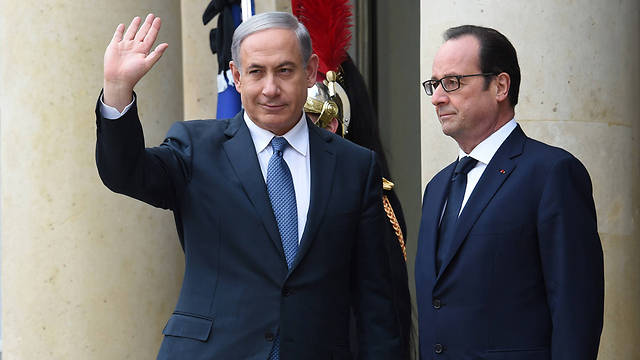 "(Only) Netanyahu can find the solutions to the problems of new immigrants from France," Knesset speaker Yuli Edelstein recently told attendees at a rally organised for French speakers in Jerusalem.

The leader of the Zionist Union party Isaac Herzog and his centrist running mate Tzipi Livni both affirmed their "commitment" to France and its Jewish population during a recent meeting in Tel Aviv.

Livni, who is rumored to have worked for a stint with the Israeli intelligence services in Paris during the 1980s, declared herself "moved each time she met a French person".

Herzog, part of the Zionist Union seen as Netanyahu's main rival this vote, said that his great-grandfather was a rabbi in Paris at the start of the 20th Century.

"The Jews coming from France want social justice, politics that inspire peace in the region and a balanced state that is both Jewish and democratic," he said.

"We are the only alternative to Netanyahu and we can meet your expectations," he promised French voters.