Forecast predicted a 70 percent voter turnout in pivotal election; highest since 1999 which had78.7.

An estimated 71.8 percent of Israel's eligible voters cast their ballots at polling stations throughout Israel on Tuesday, the highest since 1999, meeting forecasts that predicted Israel would cross the 70 percent turnout by 10 pm when polls close.

Earlier in the day, another new record turnout was recorded when some 13.7 percent voted in the first three hours of polling, the highest since the 1999 elections.

Voting closed at 8pm on Tuesday at the Israel Prison Service with 81.74 percent of the 10,000 eligible citizens serving time in prison carrying out their right to vote. 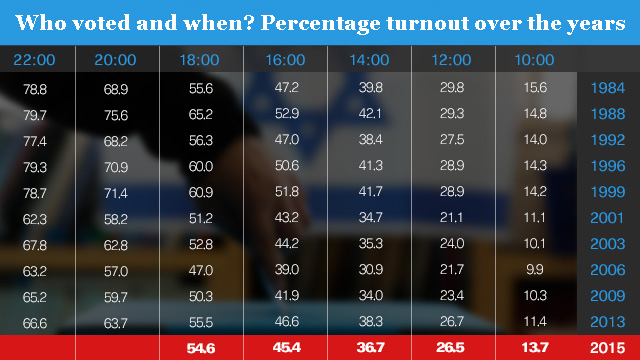 Polls opened at 7am in more than 10,000 locations across the country. Up for grabs are the 120 seats in the Knesset and the reins of leadership of the entire country, with the party winning the most seats traditionally securing the first invitation from the president - currently former Likud stalwart Reuven Rivlin - to form a new coalition government. 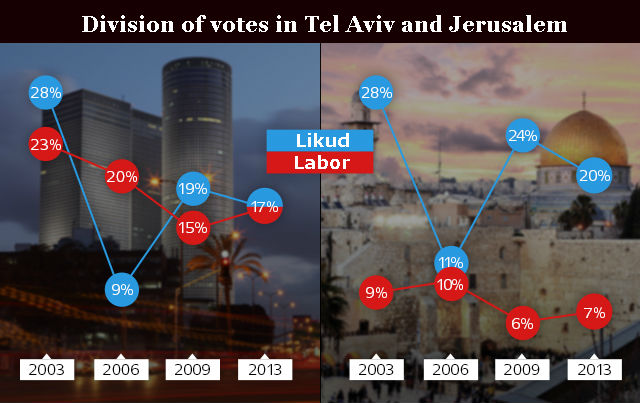 Prime Minister Benjamin Netanyahu's Likud party has been trailing in the polls, between three to five seats behind the newly amalgamated Labor party, led by Isaac Herzog, and Hatnuah, headed by Tzipi Livni. The new joint list, Zionist Union, has maintained an almost consistent lead in the opinion polls since mid-February. 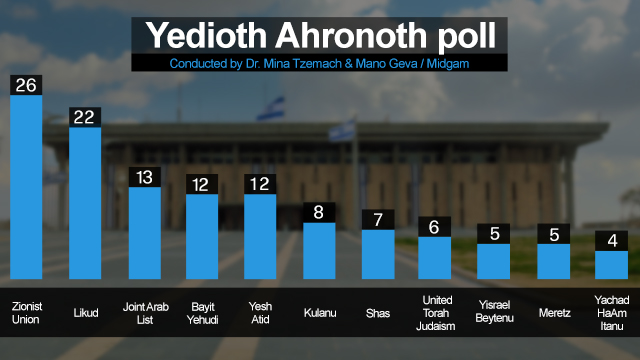 Final poll by Ynet sister publication ahead of the elections.

Israel has been preparing for its second national vote as many years since December, when Netanyahu fired his senior coalition partners - Livni and Yair Lapid of Yesh Atid - and declared elections. 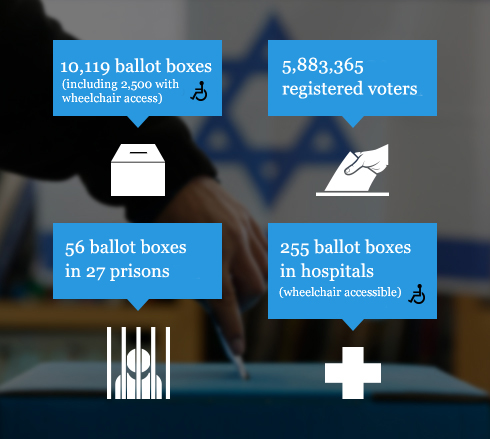 Of the party leaders, Lapid was voting in Ramat Aviv, Netanyahu was to cast his ballot in Jerusalem, Herzog and Livni in northern Tel Aviv. 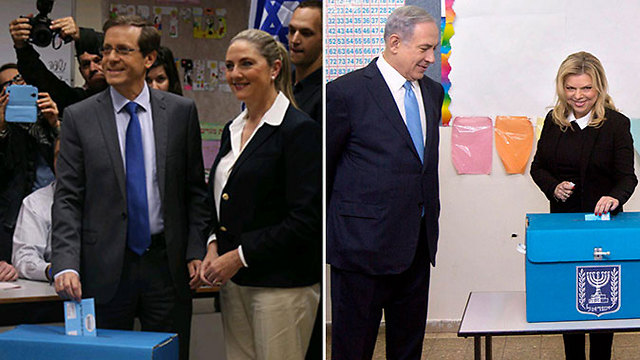 Again, as opposed the US and UK, Israelis who do not live in Israel cannot cast a vote from abroad, and in recent days, many have flown into the country in order to exercise their electoral privilege.

Voting has actually started already, with serving IDF soldiers and members of the diplomatic corps casting their ballots as early as March 4. (Diplomats based abroad are the only Israelis allowed to vote outside the country.) 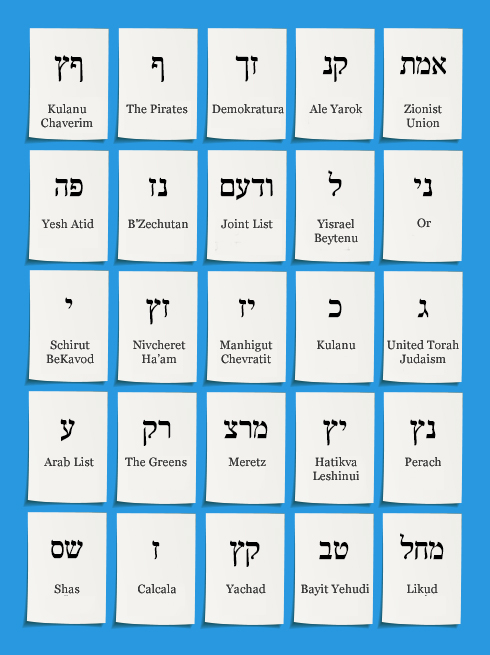 Voters are asked to choose one from the 25 parties competing for seats in parliament. The number of votes given to each party - provided it passes the 3.25% of the total vote needed to secure at least one spot in the Knesset - determines how many seats it gets in total.

The polls close at 10pm, at which time the three main television channels will publish their exit polls. The final results begin to trickle in on Wednesday morning, when the results after a 90-percent count are released. On Thursday, the results after a 99-percent count will be published, and final full count will be presented to President Rivlin on Thursday, March 25. 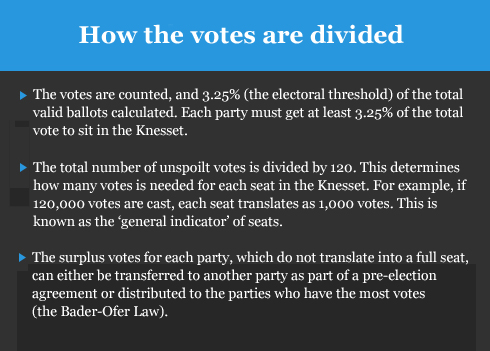 Anyone wishing to contest the results will have until April 8 to petition the courts.