The 'Russian vote': Who's in favor of civil marriage?

Perception that Lieberman's Yisrael Beytenu automatically gets the Russian vote is incorrect, says former MK Dr. Roman Bronfman, adding that the Likud will enjoy the fruits of a process of radicalization among the Russian community.

The immigration to Israel from the former Soviet Union changed the political map in the country - and more than once. The so-called "Russian vote" twice pushed the election results in favor of the left. Almost all of the parties in the race for the 20th Knesset include Russian speakers on their lists, and in their campaign activities.

Former Knesset member Dr. Roman Bronfman explains that even though no opinion polls have been conducted among immigrants for years, voting patterns are noticeable. "Sixty percent of voters veer right (Likud, Lieberman and Bennett). Thirty percent are in the center and primarily vote Yesh Atid, and 10 percent lean toward Labor and Meretz, but that figure should rise now that Tzipi Livni has joined the Zionist Union," says Bronfman.

Bronfman, author of "The Million Changed the Middle East", about the Russian vote in Israel, has served three terms in the Knesset since 1996. He says the common perception that Avigdor Lieberman's Yisrael Beytenu party automatically gets the Russian vote is incorrect. "Lieberman is going down from eight seats to four," he says. 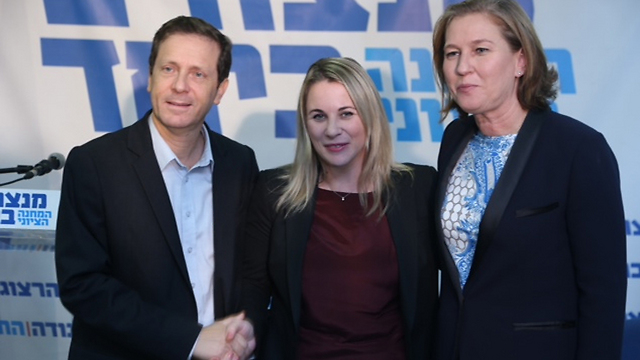 "There is also a process of radicalization among the immigrant community, and on the right the Likud takes most of the votes. Tzipi Livni has ongoing support due to her secularism and education," he says. "The Zionist Union is expected to win one more seat due to the addition of journalist Ksenia Svetlova, who is in a realistic spot on the list. Yair Lapid gets 2-2.5 Knesset seats, and Meretz gets half a seat."

Some 560,000 immigrants from the former Soviet Union have the right to vote in Israel, Bronfman says. One of the most pressing issues for the Russian sector is the religious establishment and the difficulty they encounter in marrying in Israel. About 300,000 immigrants from the Soviet Union are not considered Jewish under Halakhic law, which means that in Israel they cannot marry Jews - or each other - in a Jewish ceremony.

In September 2010, a civil marriage law for those with no religion came into effect in Israel. Proposed by former Yisrtael Beytenu MK David Rotem, the law allows a man and woman who are not Jewish, Muslim, Christian or Druze to be registered as a couple and "establish family life and a common household. "

The law was the result of a coalition agreement with Yisrael Beytenu, but only refers to those "without a religion", and does offer a solution to a couple in which only one member has no religion. Furthermore, it did not help those forbidden to marry and ultimately only solved the problem for a scanty 60,000 immigrants from the former Soviet Union.

Another attempt to pass a more comprehensive civil marriage law came from Lapid's Yesh Atid party. In October 2013, the party proposed a civil marriage bill, which stated that all the couples who could not wed in a religious ceremony would be able to marry.

But the bill was torpedoed even before it reached the Ministerial Committee on Legislation, with Minister of Religious Services Naftali Bennett announcing that he would oppose it on the grounds that it would change the structure of the family in Israel.

The bill still has not been presented for a vote, the situation remains as it is, and immigrants continue to receive the same treatment from the establishment.

Alessia Borgret, 25, is Jewish on her father's side, and cannot marry in Israel. She says her treatment by the government has changed her voting habits.

"I'm not sure I want to get married through the rabbinate, as the stories I have heard have stopped me from connecting with it," she says. "But I think there should be a solution here for those who cannot get married. They brought us here under the Law of Return, which states that we are Jews in every way. I served in the Border Police and suddenly discover that there is no normal way to get married here." 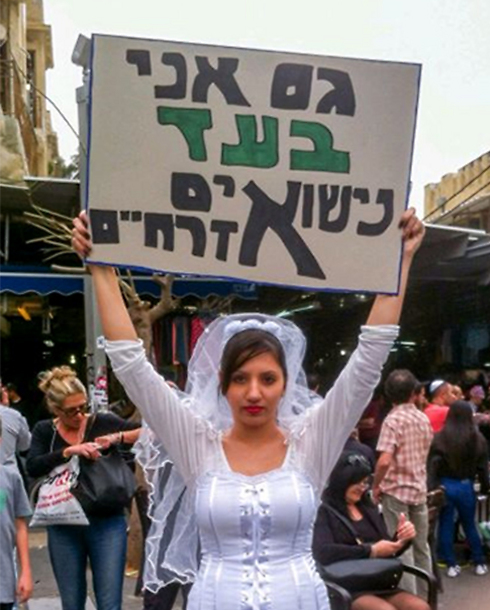 "I'm not ready to fly to another country to get a rubber stamp, that is the job of my own country," she says. "I don't need favors from another country, it's just annoying."

Two years have passed and Alessia has started to fight for people in a similar situation. "We organized several small demonstrations in Israel, but people don't care about the issue. In the upcoming elections it will greatly affect my choice.

"While I once I voted rightwing, I realized over time that I could not put the security of the state above myself. It will make me vote for a party with which I might not agree on diplomatic aspects, if it fights for something important to me - my right to marry in Israel."