France says deal with Iran must be robust, guarantee no atomic bomb

French FM says that 'insufficiently solid' accord could lead to 'dangerous nuclear proliferation' as Rouhani determines 'there is nothing that cannot be resolved' in talks.

France's foreign minister said on Saturday that his country wanted an agreement over Iran's nuclear programme that was sufficiently robust to guarantee that Tehran could not acquire an atomic bomb. Iran and six world powers - the United States, Britain, France, Germany, Russia and China - suspended negotiations on a nuclear agreement on Friday and are set to meet again next week to break a deadlock over sensitive atomic research and lifting of sanctions.

France has been demanding more stringent restrictions on the Iranians under any deal than the other Western delegations and at one point during the talks French Foreign Minister Laurent Fabius phoned his team to ensure it made no more concessions, officials said. 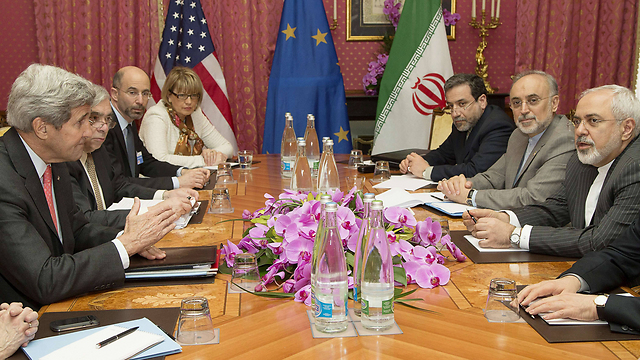 Representatives of Iran and the six powers around the negotiating table (Photo: AFP)

Meanwhile, US Secretary of State John Kerry said "substantial progress" has been made toward ensuring that Iran's nuclear program will not lead to weapons development.

But he says important gaps still stand in the way of an agreement.

Speaking after a week of nuclear talks with Iran, Kerry said Saturday that the US wasn't rushing for an agreement even as a March 31 deadline looms for a framework agreement.

He said fundamental decisions needed to be made and stressed that world powers and Iran have an opportunity right now for a diplomatic solution.

Kerry was departing later Saturday for London to meet with European allies, before returning to Washington.

Also speaking on Saturday, Iran's President Hassan Rouhani said recent progress in the nuclear negotiations could lead to a final agreement and all remaining issues could be overcome, state media reported.

"In this round of talks, shared points of view emerged in some of the areas where there had been a difference of opinion, which can be a foundation for a final agreement," Rouhani was quoted as saying by state news agency IRNA.

"I believe it is possible to reach an agreement and there is nothing that cannot be resolved," IRNA reported him as saying after he visited a rehabilitation centre for wounded military veterans.

The Europeans and US Secretary of State Kerry plan to meet in London on Saturday to help bridge differences, negotiators said, before a end-March deadline for a political framework agreement and a full nuclear deal by June 30. Officials have expressed concerns that the French might block a deal.

"France wants an agreement, but a robust one that really guarantees that Iran can have access to civilian nuclear power, but not the atomic bomb," Fabius told Europe 1 radio on Saturday.

Iran denies allegations from the Western powers and their allies that it harbours nuclear weapons ambitions. It wants all UN sanctions to be lifted immediately, including those targeting its nuclear programme. 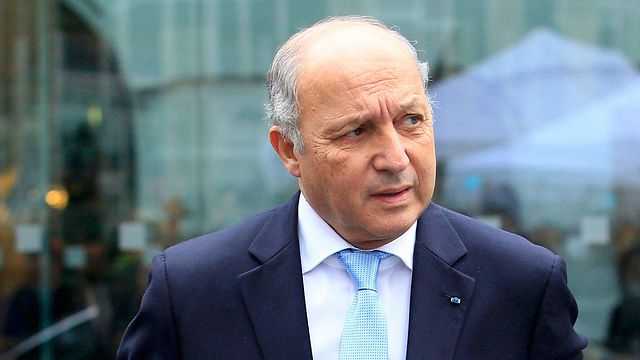 French Foreign Minister Laurent Fabius (Photo: Reuters)
While the talks have made progress over the past year, differences on sticking points are still wide enough to potentially prevent an agreement in the end.

There was no breakthrough this week. Disagreements arose among the powers, with France insisting on a longer period of restrictions on Iran's nuclear work. It also opposed the idea of suspending some UN sanctions relatively quickly if a deal is struck.

"This accord must be robust. Why? Because we have to protect ourselves from the eventuality of an Iranian atomic bomb," Fabius added on Saturday.

"But also if the accord is not sufficiently solid then regional countries would say it's not serious enough, so we are also going to get the nuclear weapon, and that would lead to an extremely dangerous nuclear proliferation." EU foreign policy chief Federica Mogherini denied on Friday there were divisions between Europe and the United States. "There is unity, there is unity on the fact that we want a deal, we want a good deal," she said in Brussels after talks with French President Francois Hollande, German Chancellor Angela Merkel and British Prime Minister David Cameron.