One of the pieces in the exhibit

Organizers say exhibit's message is 'to justify all attacks as a reaction from Hamas supporters against settlers in Jerusalem'.

The Hamas Student Association of the An-Najah University in Nablus recently held an exhibition on Jerusalem as part its “Jerusalem Week” festival which glorified terror attacks against Israelis.

Hundreds of students and Hamas supporters attended the exhibition, including the dean of the Faculty of Engineering at the University, and a member of the Palestinian Legislative Council (PLC) Mona Monsour, who represents Hamas. 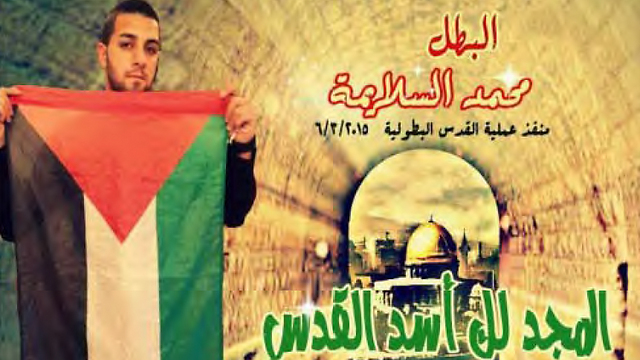 An image advertising the exhibit.

The exhibition, which ran for a week and was put together by students, included 25 pieces. Among them, there were pieces glorifying vehicular attacks on Israelis (similar to the attacks that actually took place in October and November), pictures of the al-Aqsa Mosque and the Dome of the Rock, and a poster of right-wing activist Yehuda Glick as a shooting target. Glick, who supports Jewish prayer on the Temple Mount, narrowly survived an assassination attempt in October. 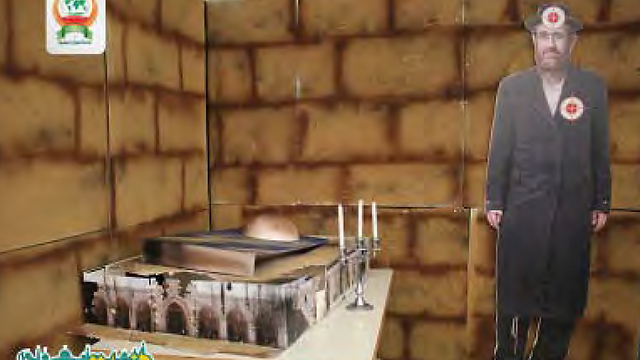 Right-wing activist Yehuda Glick, who survived an attempt on his life, as a target. 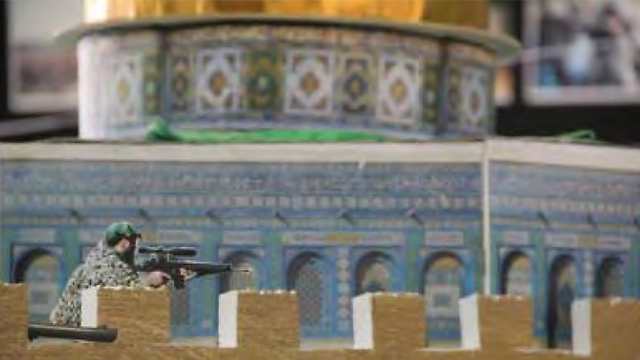 According to the official Facebook page of the Hamas Student Association, “the message of the exhibition is to justify all attacks as a reaction from Hamas supporters and followers against settlers in Jerusalem ensuring that if Israel keeps to the same policy of neglect and racism against Muslims in Jerusalem, Hamas fighters will be ready to act.” 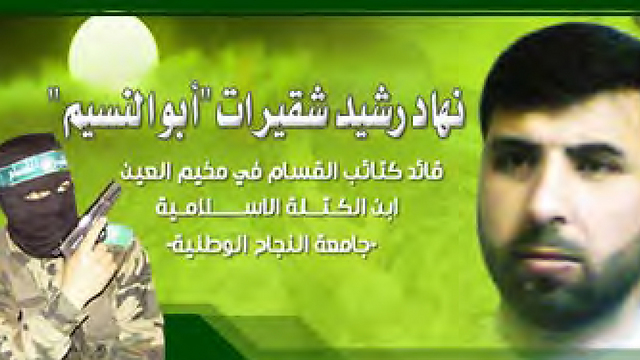 An anonymous source told The Media Line that the Dean of the university, who is not authorized to speak to the press, said that the exhibition is not considered incitement for violent attacks in Jerusalem, and that the administration cannot forbid student movements' activities.

"We don't ask for a description of illustrative activities, regardless of who is going to do what… we take time and place of the activity into consideration so as not to hinder the learning process,” he said. 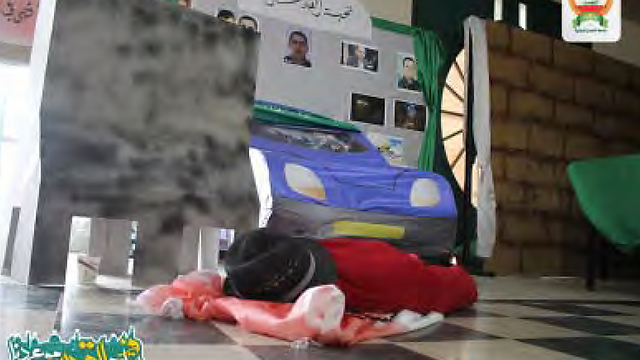 He also explained why Hamas is so popular on campus.

“Hamas offers students financial assistance and organizes clinics and schools for Palestinians, who have felt let down by the corrupt and inefficient Palestinian Authority,” he said. “Many students cheered the Hamas armed struggle after the latest Israeli violation of the Oslo accord and the failure of the negotiations (with Israel)." 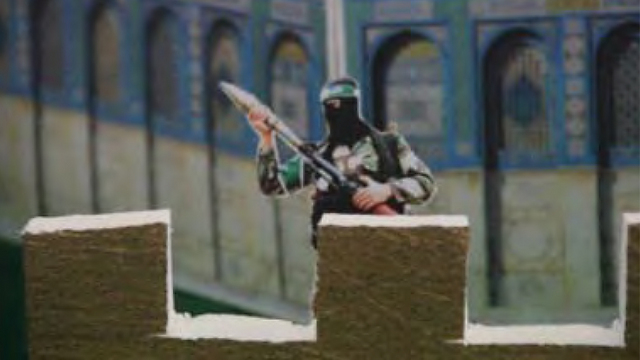 One of the students involved described the exhibit as a success, praising Hamas' glorification of its fighters, adding that “I believe Hamas and other Palestinian militant factions have a legitimate right of resistance against an occupying military force like Israel. I can't see Hamas as a terrorist organization that calls for Israel’s destruction, when Israel keeps killing innocent civilians in Gaza.” 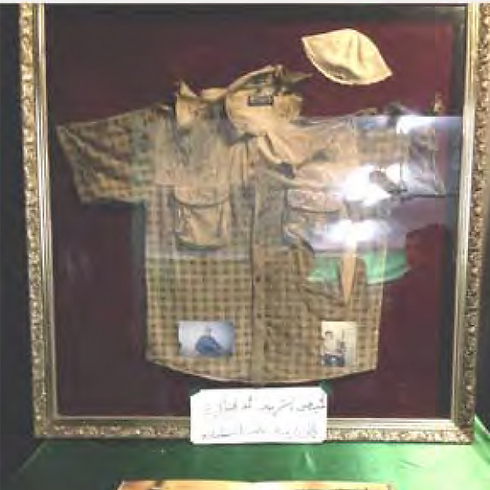 The festival also included a theatrical play calling for an intifada (uprising) against the “Judaization” of Jerusalem, and the screening of a documentary about murdered Palestinian teenager, Mohammed Abu Khdeir as part of the opening and closing ceremonies of the event. Khdier was burned to death by Jewish extremists in July after Hamas gunmen kidnapped and killed three Israeli teenagers. 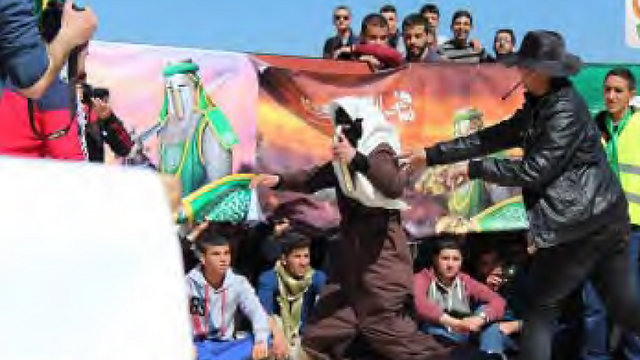 Theatrical play calling for another intifada 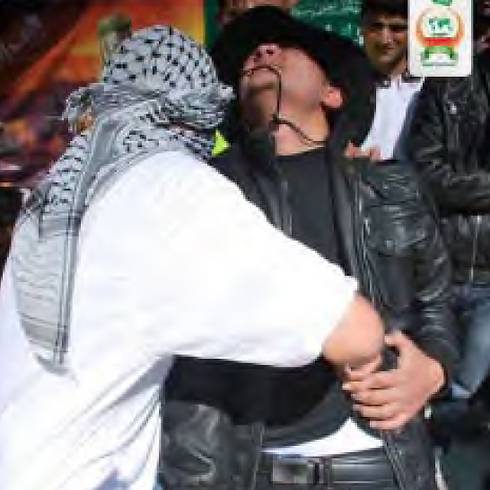 Theatrical play calling for another intifada

Visitors to the exhibition said the controversial images glorifying violence did not bother them.

“Violence is a cycle that cannot easily end, but I can't see this as incitement against Israel while its soldiers still control the entrance to the Palestinian city of Tulkarem and other villages,” Nazmi Khaled, an engineering student told The Media Line. “The children who have seen their parents murdered at the hands of Israelis will seek revenge. Ending Israeli occupation and behaving like a neighboring country is what will bring mutual respect.” 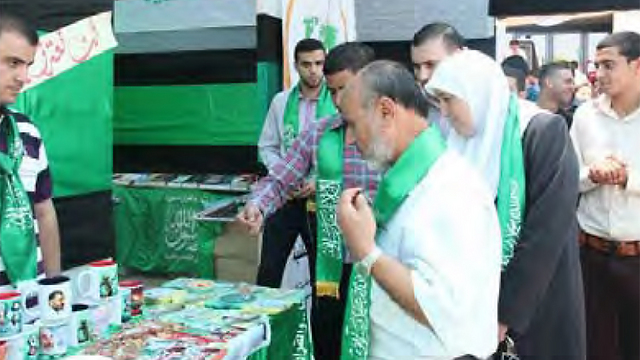 Visitors to the exhibit

Khaled said the exhibition reminded him of his friends who are sitting in Israeli prisons for alleged ties with Hamas.

“We should be able to live in peace, not in fear,” he said. “I want my friends back from the Israeli jails. We want to build our dream, our cities and towns as they have built their state.” 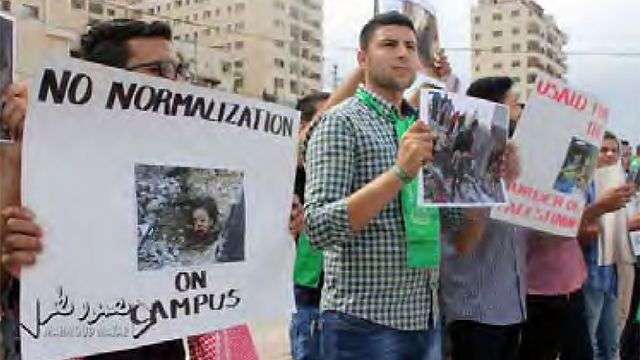 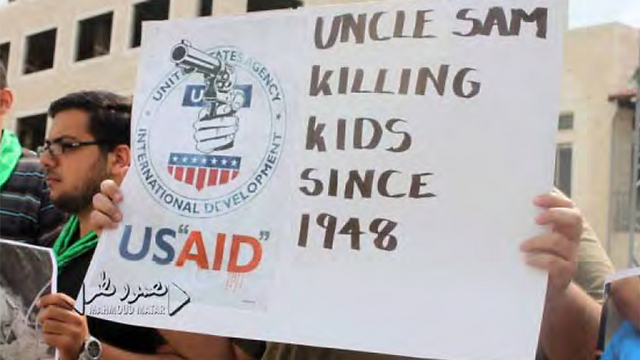 The film on Mohammed Abu Khdeir resonated with many visitors. Sumaya Nihad, a former student at the university, said she worries that Israelis could attack her as well.

“My kids and I live in fear,” she told The Media Line. “I am from the village of Awarta in the northern West Bank, surrounded by Jewish settlers who are always attacking us and burning our olive trees and fields. They have also torched our mosque. I hate violence, but the actions of settlers and the Israeli government make it really hard for the cycle of hatred to end.” 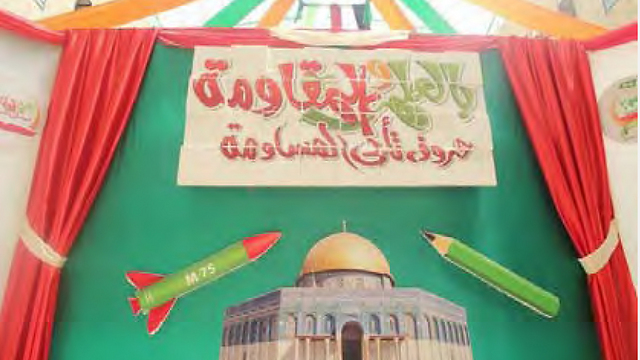 The exhibit is also a challenge to Hamas’ rival, Fatah, and the Palestinian Authority headed by Mahmoud Abbas.

"Hamas constantly uses religion and Jerusalem as an easy way to get supporters among university students,” Jamal Tirawi, a PLC member from Fatah told The Media Line. “Palestinians are conservative about religion, so sympathy can be easily obtained by using the religious factor, especially among young students.” 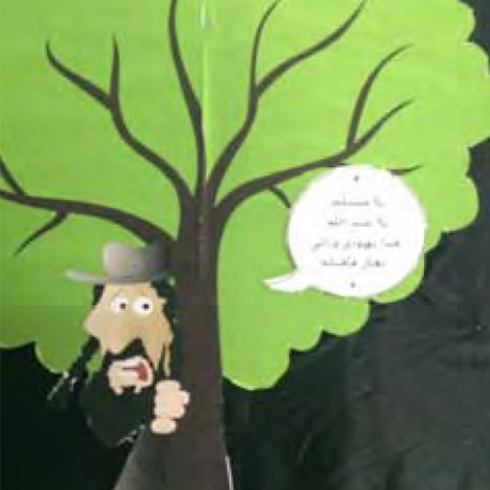 He said that Fatah continues to believe that violence will not lead to a Palestinian state.

“Fatah is advocating negotiations and a non-violent resolution to the conflict,” Tirawi said. “Such an exhibition is not part of our activities; it is not based on our principals and ideologies. However, we cannot intervene in Hamas activities just like they don't intervene with our non-violent resistance activities - this is freedom of expression.” 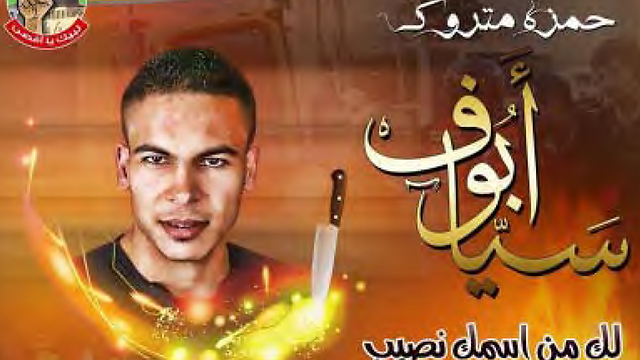 Hamza Matrouk, who stabbed over a dozen people in Tel Aviv in January.