The Shin Bet, IDF and Israel Police announced Sunday that they had uncovered a Hamas unit from Qalqilya that planned to carry out attacks within Israel.

During the investigation, dozens of kilograms of sulfur and 25 grams of mercury were confiscated - materials used to manufacture explosives. The investigation revealed that the members were recruited in Jordan, trained in the Gaza Strip and then sent to the West Bank to begin military activities and raise additional forces. 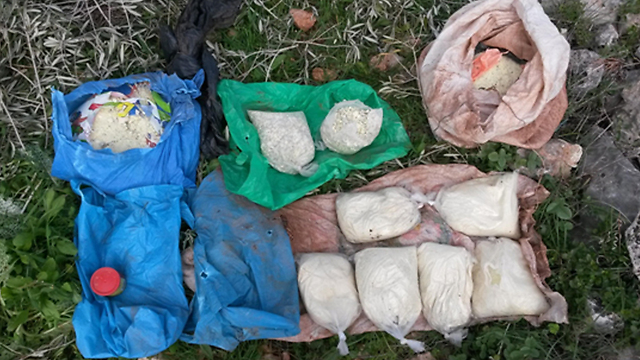 Bomb making materials found in terror cell's apartment (Photo Shin Bet)
According to the Shin Bet, the group set up shop in Nablus where they began to build a lab for building explosives. The six men arrested were: Abdullah Zaytawi, 26, from Jama'ain; Walid Abu Zina, 26, from Jenin; Malak Gannem, 22, from Amatin, a known Hamas student's union activits in Nablis; Raja Sabra, 22, from Burkin, also a student at the university in Nablus; Jasser Abu Omar, 32, from Jama'ain; and Baha Suan, 33, from Amatin. 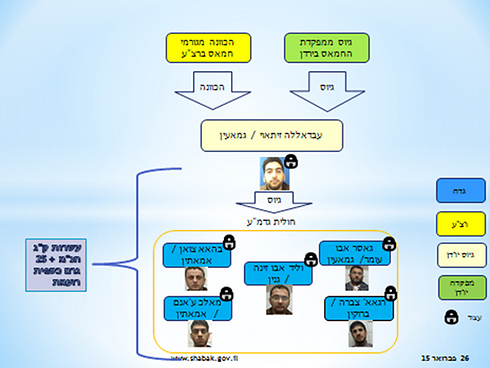 Abdullah Zaytawi leads Hamas terror cell (Photo: Shin Bet)
The Shin Bet note that group was formed during the summer on the orders of Hamas operatives from abroad, who have an interest in fueling tensions in the West Bank.

Earlier, in an unrelated event, the IDF announced a surprise drill near Israel's border with the IDF. The drill, announced the GOC Southern Division, will involve both land and air forces. Three weeks ago, the IDF held a massive drill in the West Bank, the first since IDF Chief of Staff Maj. Gen. Gadi Eizenkot took office. 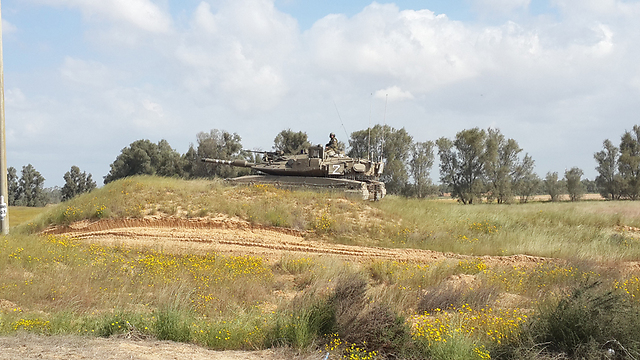 Forces will practice a number of maneuvers, involving complex coordination between land and air forces, in response to a number of scenarios, including breaking security events without prior ingelence, attempts to kidnap Israelis and rocket fire on Gaza-area communities.