As in every year since 2013, American delegation skips Human Rights Council session on stand-alone agenda as part of agreement with Israel.

The United States will not take the floor at the main UN human rights forum on Monday during the annual debate on violations committed in the Palestinian territories, as part of a previous agreement not to speak, a move praised by sources in Jerusalem.  The European Union, however, reiterated "the urgency of renewed, structured and substantial efforts towards peace". 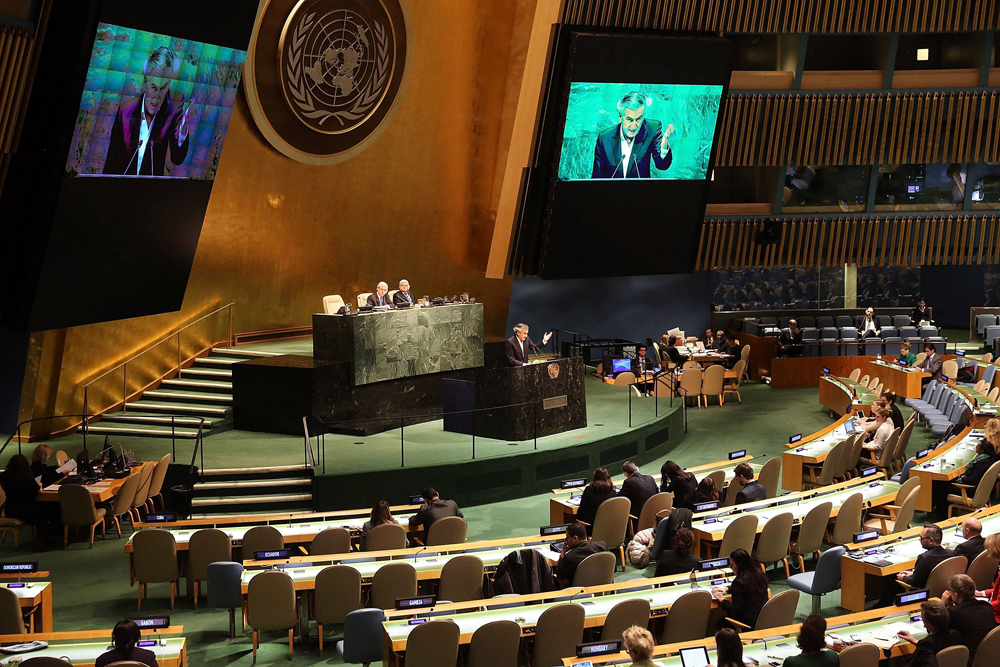 "The US delegation will not be speaking about Palestine today," a US spokesman in Geneva told Reuters in response to a query as the debate began.

A senior source in the Foreign Ministry rejected the Reuters report, saying that "every year there is an awful session that singles out Israel – Agenda Item 7. Every year we ask our friends not to speak. The US spokesperson said they would not and that led to a wrong and misleading report."

The source said that "Israel praises the United States for its decision. This is a continuation of Kerry's speech from two weeks ago, which condemned the council for singling Israel out and reiterating American support for Israel."

Asked to explain why the United States was not taking part, a spokesman told AFP only that the US ambassador to the council Keith Harper was in Washington.

The last time that Washington spoke under that stand-alone agenda item was in March 2013, UN records show. The decision not to talk since then was part of an agreement in October 2013 when Israel resumed participation in the UN Human Rights Council.

Prime Minister Benjamin Netanyahu's allies acknowledged on Sunday that his election-eve disavowal of a Palestinian state had caused a rift with the White House, but blamed US President Barack Obama's unprecedented criticism on a misunderstanding.