Several days after singer and author Yehonatan Geffen was attacked for public comments, popular singer and peace activist says she was verbally abused for her political statements.

Israeli singer and peace activist Noa has said she was threatened and abused when she returned from a trip abroad last week, after the right triumphed in a heated general election.

Known in Israel by her full name of Achinoam Nini, Noa wrote on Facebook that she was heckled by onlookers after arriving at Ben-Gurion Airport from Italy.

"Here's Achinoam Nini... enemy of Israel," she quoted them as shouting. "We'll deal with you like Geffen!"

Singer and author Yehonatan Geffen was attacked at his home in a village in central Israel on the weekend, after calling Prime Minister Benjamin Netanyahu's March 17 election victory the "Nakba" of the Israeli peace movement. An anonymous individual attempted to hit him, threw eggs at his house, and called him a "leftist traitor". At a concert last week, Geffen said that "to everyone who slipped a Likud vote into the ballot box, don't cry when your children die in the next dumb conflict." 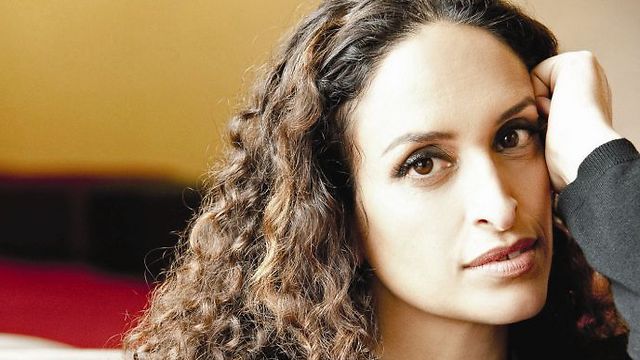 "The best thing that came out of the appalling election results we had is the radicalization of attitudes that will bring everyone out their foxholes – including the insane radicals, drunk on victory, who will increasingly show their ugly face, as well as all the good people who were silent until now, like Geffen," Noa wrote in a Facebook post after the attack on Geffen.

"I hope more artists and intellectuals speak out clearly," she continued. "It's a shame they haven't done so until now, but it's never too late. I'm very sorry about what happened to Geffen, who is an amazing person, and send him my love. But I was very happy to read the harsh words he said after the elections."

Nakba (Arabic for catastrophe) is the term used by Palestinians for the foundation of the state of Israel in 1948.

Noa wrote in a blog post that waking up to the victory of rightwing and religious parties was "a black day.

"I was depressed and devastated after months of hard work and hope that this time we would finally rid ourselves of Netanyahu," it said.

"To think that his horrible racist statements in the last days were those that gave him the victory! It killed me," she wrote in English.

Spurring supporters of his Likud to mobilize on polling day, a Facebook page belonging to Netanyahu warned "the right-wing government is in danger... Arab voters are coming out in droves."

The comment earned the Israeli premier a sharp rebuke from the White House.

In 2009 she and Israeli Arab singer Mira Awad represented Israel at the Eurovision Song Contest with a duet entitled "There Must be a Another Way." They came 16th.

OneVoice was named in a Likud petition to the Central Elections Committee claiming that it was indirectly funding Netanyahu's election opponents but the complaint was dismissed.