Mainstream rebels in southern Syria say foreign states have stepped up weapons supplies to them since Damascus launched an offensive early last month to regain the frontier zone near Jordan and Israel.

This suggests President Bashar al-Assad's Arab and Western enemies want to help preserve the last major foothold of what they call the moderate opposition, although the rebels say the equipment still falls short of their needs.

The Syrian army backed by allied militia including the Lebanese Shi'ite group Hezbollah are trying to regain territory which is vitally important to Assad and his allies in Iran; both attach great importance to the struggle with Israel, which borders Syria to the southwest. 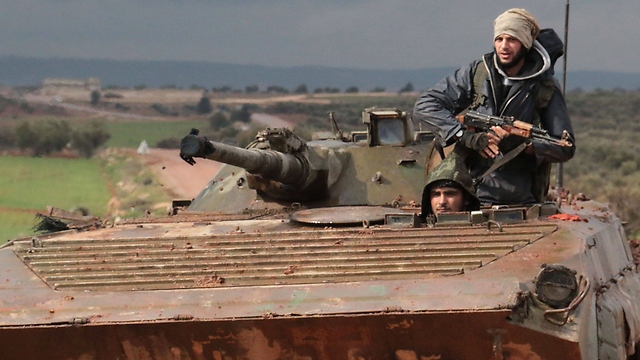 At first they advanced rapidly through the southwestern corner of Syria. State TV broadcast from several villages captured from the insurgents, who are among the last remnants of the mainstream rebellion against Assad that has been crushed elsewhere by government forces or jihadist groups such as Islamic State and the Nusra Front, a wing of al-Qaeda.

But the push then appeared to slow. Three rebel officials said foreign states had increased their help in response to the advance. "We are asking for more," said Saber Safar, a colonel who defected from the Syrian army and now heads a group called "The First Army", part of "The Southern Front" rebel alliance. He spoke via Skype from inside Syria. The rebels declined to give details, or say which states had supplied the weapons. The Southern Front groups have previously received military aid via Jordan, a staunch US ally. Some of the southern rebel groups have received US-made anti-tank weapons, though they have long described the quantities as small. In addition to the United States, Assad's foreign opponents include Saudi Arabia, Qatar and Turkey.

A Syrian military source said the army was working according to a new plan "focused on directing concentrated blows against some of the positions of the terrorist gangs". "These strikes are achieving excellent results," the source said. 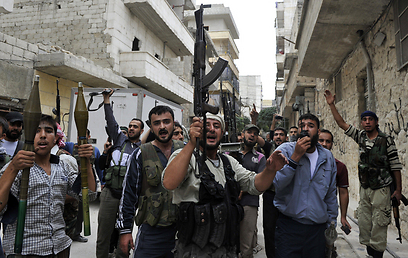 Rebels in Allepo (Photo: AFP)
Mainstream rebels in northern Syria suffered their most recent setback with the collapse of the Hazzm movement, a US-backed group that dissolved itself earlier this month after coming under attack from the Nusra Front. The weakness of the mainstream groups is a big complication for US planners who want to arm and train rebels to fight Islamic State. The Nusra Front is also active in the south but has avoided conflict with the mainstream groups there.

As the southern offensive got underway, the rebels urged their foreign backers to provide more support, promising to confront the advance with guerrilla tactics. "We are working on the principle of hit and run, not on the basis of a battle between two armies," said Safar. Rami Abdulrahman, who runs the Syrian Observatory for Human Rights, a UK-based group that monitors the war, said the government side had lost momentum. "After the thrust at the start of the attack, the progress has become very slow," he said. Iranian advisers are on the ground, a senior Middle Eastern official has said. Damascus says the rebels have also received support from Israel. "There has clearly been substantial investment by the regime and its backers in this offensive, so it's notable that the opposition has been able to slow their progress," said Noah Bonsey, a senior analyst with International Crisis Group. "The fight for key ground south of Damascus will continue, however, and much is at stake for both sides and their backers." Assad's foreign opponents could yet use the Southern Front to apply the kind of pressure needed to force a political compromise. Diplomatic efforts towards ending the Syrian conflict, which is in its fifth year, are getting nowhere. The Southern Front groups have been trying to organise themselves politically, and have drawn up a plan for a transition of power that safeguards the institutions of state.

But they have not received the kind of weapons that would tip the battle their way, notably anti-aircraft missiles, from foreign states. 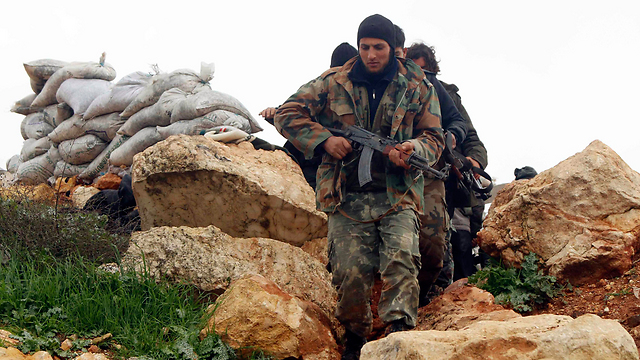 Rebels in Allepo (Photo: Reuters)
"The response wasn't at the required speed, or at the level of the attack the regime and are Iran are waging against us," said Abu Ghiath al-Shami, spokesman for another rebel group, Alwiyat Seif al-Sham. "What we are suffering from is being targeting by the regime with guided missiles from the hills they control, and the warplanes dropping barrel bombs," said Shami, also speaking via the internet. Assad has denied using barrel bombs - barrels filled with explosives and shrapnel.

Nevertheless, the rebels said their forces were getting ready for a counterattack. "The fronts have been reinforced and soon we will move to attack," said Abu Ahmad al-Tadamun, who leads another group, the Sham United Front.