Prime Minister meets with 'natural partners' to hear their demands, awaiting official request by President Rivlin to form next govenrment.

Kahlon was communications minister in a previous Netanyahu government, before resigning amid bad blood with the prime minister and establishing his own party with an economic agenda.

Striving to form a coalition government, Netanyahu has in recent days met with his "natural partners" – Naftali Bennett of Bayit Yehudi , Avigdor Lieberman of Yisrael Beytenu and Kahlon. In the meantime, he faces growing pressure to keep key ministries for his own Likud party, which won 30 seats in the elections. 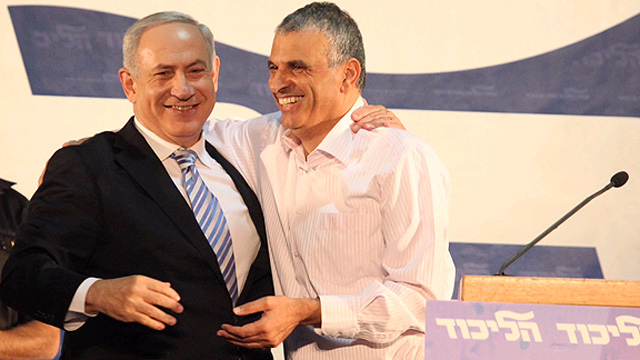 The head of the Central Elections Committee, Judge Salim Joubran, was to deliver the official election results to President Reuven Rivlin on Wednesday. The president was to then ask Netanyahu to form the next government, and talks between the parties will officially begin at the Knesset on Thursday.

Netanyahu met with Kahlon on Tuesday. The latter has already presented most of his coalition demands to the prime minister, including the Finance Ministry and other powerful positions on the economy, such as the leadership of the Knesset Finance Committee, the Israel Land Administration, the Housing Cabinet and two additional portfolios. Netanyahu told his former communications minister: "I promised you the treasury during the elections and I intend to keep that vow."

Netanyahu had promised Kahlon that he would receive the finance portfolio, as he had pledged before the elections.

One of Kahlon's first tasks will be to pass a budget for 2015 and 2016 as the country has been operating since the start of the year without a new financial program.

Haredi parties Shas and United Torah Judaism are expected to pursue a narrow agenda to benefit their own largely poor religious sector, leaving Likud and the ultra-nationalists as the main players on hot-button matters such as Iran's nuclear program and peace with the Palestinians.

In a meeting on Wednesday with the leaders of ultra-Orthodox party United Torah Judaism, Yaakov Litzman and Moshe Gafni, Netanyahu told the two he valued their work in the 18th Knesset as deputy health minister and chairman of the Finance Committee respectively, and would like to see them serve in those roles once more.

However, Netanyahu fell short of promising the positions to the two, as Kahlon also wants the Finance Committee. The Likud leader decided to leave the decision for later on in coalition negotiations.

After meeting with the Ashkenazi Haredi party, Netanyahu met with its Sephardi counterpart - Shas chairman Aryeh Deri. Netanyahu and Deri have yet to discuss ministries, and have instead focused on Shas' party platform. Deri raised the issues most important to him - cancelling VAT on food products and launching construction projects for public housing. Talks on portfolios will begin with the official launch of coalition negotiations on Thursday.

The prime minister met with Lieberman on Tuesday, for the first time since the elections. During the meeting, Lieberman laid out his party's platform, at the forefront of which are a bill to introduce on the death penalty for terrorists and legislation for 90-percent mortgages for young couples. 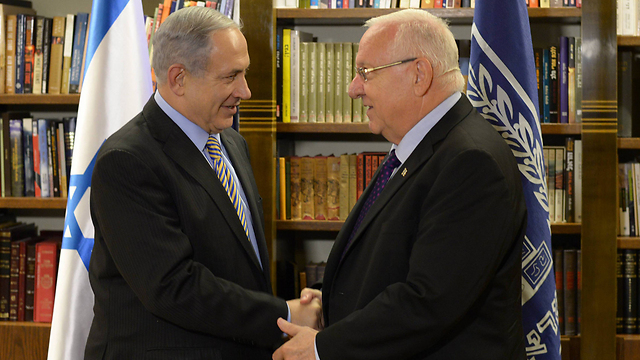 Netanyahu on Monday spoke with the chairman of Bayit Yehudi, Naftali Bennett, who also laid out his party's platform, in particular the promotion of the nationality bill from the last Knesset and of the bill to impose heavy taxes on left-wing organizations, which Bayit Yehudi maintain work against the interests of the State Israel, and a clear right-wing stance on diplomatic and defense issues.

Meanwhile, Likud MKs and ministers are demanding that the party hang on to the Foreign Ministry or Defense Ministry, as well as other social affairs ministries through which, according to the Likud beliefs, it will be possible to influence the cost of living and improve the quality of life in Israel.

The would-be coalition members anticipate some disagreements in the negotiations, along with rows over the Finance Committee and the senior portfolios. The negotiations are expected to run until the last possible minute, until the May 7 deadline to form a government expires.