Gulf broadcaster al-Arabiya TV reported that the kingdom was contributing as many as 150,000 troops and 100 warplanes to the operations and that Egypt, Jordan, Sudan and Pakistan were ready to take part in a ground offensive in Yemen.

Meanwhile, an official Jordanian source said Thursday that the Jordanian Air Force jets had taken part in the operation.

"This is in line with supporting legitimacy in Yemen and it's security and stability ... Yemen and the Gulf's security is a high strategic interest (for Jordan)," the source told Reuters.

There was no immediate confirmation of those figures from Riyadh. Al-Arabiya also said planes from Egypt, Morocco, Jordan, Sudan, Kuwait, the United Arab Emirates, Qatar and Bahrain were taking part in the operation. 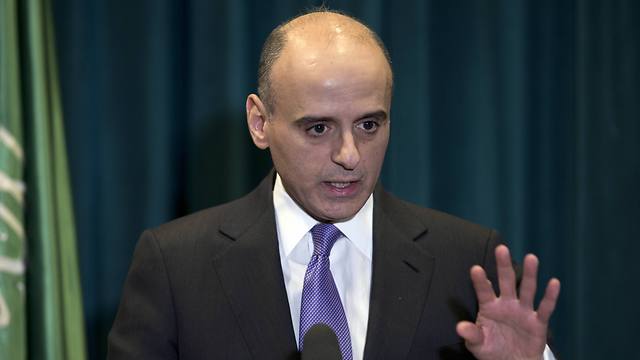 Saudi ambassador to the US Adel Al-Jubeir announced the launch of airstrikes in Yemen at a news conference in Washington. (Photo: AP)
A widening Yemen conflict could pose risks for global oil supplies, and Brent crude oil prices shot up nearly 6 percent soon after the operation began. Unidentified warplanes had earlier launched air strikes on the main airport in the Yemeni capital, Sanaa, and its al Dulaimi military airbase, residents said. That came soon after Saudi Arabia's ambassador in Washington, Adel al-Jubeir, announced the operation. "We will do whatever it takes in order to protect the legitimate government of Yemen from falling," Jubeir told a news conference. 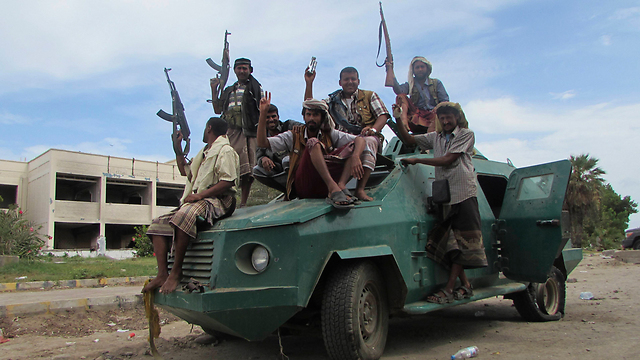 Militiamen loyal to Yemen's president (Photo: AP)
Yemen's slide towards civil war has made it a crucial front in mostly Sunni Saudi Arabia's rivalry with Shi'ite Iran, which Riyadh accuses of stirring up sectarian strife throughout the region and in Yemen with its support for the Houthis. The crisis now risks spiralling into a proxy war with Iran backing the Houthis, and Saudi Arabia and the other regional Sunni Muslim monarchies supporting Yemeni President Abd-Rabbu Mansour Hadi. Fighting has spread across the Arabian peninsula country since last September, when the Houthis seized Sanaa and advanced into Sunni Muslim areas, forcing Hadi out of the capital.

Jubeir said the assaults had been launched in response to a direct request by Hadi, who supported Washington's campaign of deadly drone strikes on a powerful al-Qaeda branch based in Yemen. He has been holed up in Aden with loyalist forces since he fled Sanaa in February. Hadi remains in his base in Aden and was "in high spirits", one of his aides said after the operation began. A senior leader of Yemen's Houthi movement said the Saudi air strikes amounted to aggression against his country and warned they would set off a "wide war" in the region.

Houthi-run al-Masirah television reported that the Saudi-led air strikes had hit a residential neighborhood north of Sanaa and caused dozens of casualties. It also urged medical personnel to report to hospitals in Sanaa immediately. 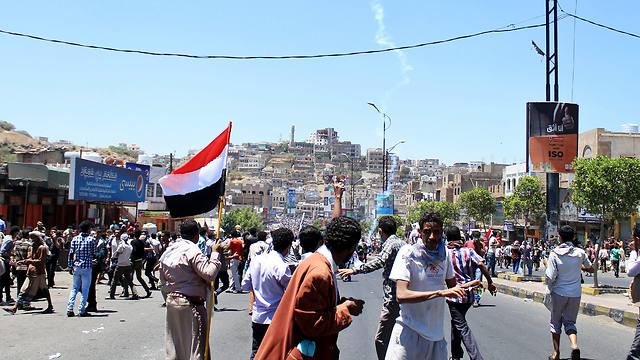 No independent verification of any casualties was immediately possible.

The White House said in a statement late Wednesday that the United States supported the operation, led by the Arab Gulf Cooperation Council countries, and that President Barack Obama had authorized US "logistical and intelligence support". Although the news sparked jitters in the oil market, Asian importers said they were not immediately worried about supply disruptions. Most oil tankers from Arab producers such as Saudi Arabia, the United Arab Emirates, Kuwait and Iraq have to pass Yemen's coastlines via the narrow Gulf of Aden in order to get through the Red Sea and Suez Canal to Europe. The 40 km-wide strait between Yemen and Djibouti and the Strait of Hormuz between the Arabian peninsula and Iran are both considered chokepoints to global oil supplies by the US Energy Information Administration.