Netanyahu says decision to release funds made following recommendation of Israel's security establishment and due to humanitarian considerations.

Israel says it will resume the transfer Palestinian tax revenues that it has been withholding as punishment for unilateral Palestinian actions.

Prime Minister Benjamin Netanyahu's office said Friday the decision was made following the recommendation of Israel's security establishment and because of humanitarian considerations.

"The tax revenues that accrued up until February will be transferred, offset by payments for services rendered to the Palestinian population, such as electricity, water and hospitalization," said Netanyahu's office.

"Given the deteriorating situation in the Middle East, one must act responsibly and with due consideration alongside a determined struggle against extremist elements," it added. 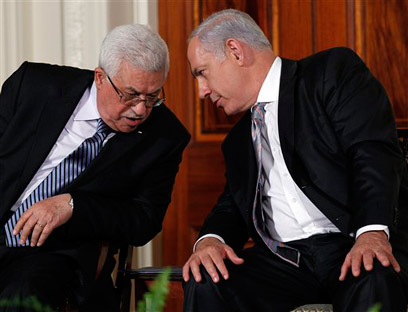 The United States welcomed Israel's decision on Friday, with State Department spokesman Jeff Rathke saying: "We certainly hope both sides would be able to build on this. We think it's an important step."

Rathke told reporters at a briefing the move will benefit the Palestinian people and said that having a functioning Palestinian Authority is important to stability in the West Bank.

Quartet Representative to the Middle East and former British Prime Minister Tony Blair also lauded the decision, saying: "It is absolutely the right decision both for the improvement of the conditions of Palestinians on the ground and for Israel," a statement said.

“It is essential that all parties show restraint and responsibility in the coming weeks so that we can move the engagement between the Israelis and Palestinians forward in a fruitful and productive manner," the statement added.

Israel has been under international pressure to release the frozen funds and Israeli security officials had warned that continuing to hold back the revenue could spark violence.

Under existing agreements, Israel collects taxes and customs on behalf of the Palestinians and then transfers the sums to them. It has withheld funds before as retaliation for unilateral Palestinian actions. Over the past three months it has collected hundreds of millions of dollars without transferring the funds.

Israel withheld the tax transfers it collects for the cash-strapped government of Palestinian President Mahmoud Abbas after he applied to join the ICC – a move potentially paving the way for a war crimes investigation of Israel.

That and other moves prompted Abbas to complain that Israel had eroded the authority of his self-rule government in the West Bank to the point where it has "no real power here over anything."

Abbas' Palestinian Authority hasn't been able to pay its civil servants and has warned that it is nearing collapse.

Netanyahu said in a statement that it was in Israel's interest to transfer the money.

"Given the deteriorating situation in the Middle East, one must act responsibly and with due consideration alongside a determined struggle against extremist elements," he said.

The move may be part of Netanyahu's attempt to contain the international fallout from remarks he made ahead of elections earlier this month, when he said the current regional climate made it impossible to create a Palestinian state.

The remarks helped him to rally his right-wing base, and his subsequent victory virtually ensured he would serve another term. But the statements enraged Washington, which has pressed for a return to negotiations on a two-state solution to the conflict.

On Monday, top IDF officials warned that economic sanctions implemented by Israel against the Palestinian Authority could backfire, saying the pushback from the Palestinian street could lead to unrest, or even an uprising in the West Bank. 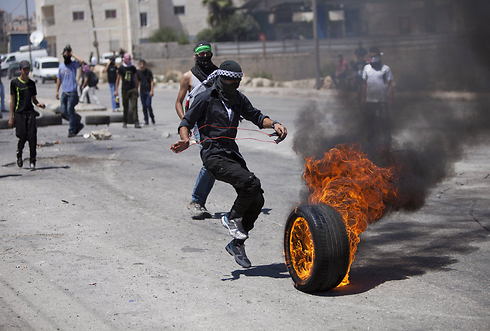 Ynet has learned that IDF officials recently presented the political echelons with the possible security ramifications for Israel's economic sanctions. According to army officials, growing economic tensions in the Palestinian market in the West Bank served as a catalyst for riots and even terror attacks, breaking the relative calm the West Bank has enjoyed in recent years.

The IDF even said they took a number of steps to mitigate the economic fallout of the decision, which has seen half a million NIS frozen per month, by easing restrictions on the Palestinians. The procedures were authorized by the political echelon, IDF officials said.

For example, the IDF increased work visa quotas for Palestinians, allowing scores to join the close to 130,000 Palestinians who make their livelihood in Israel (some 30,000-40,000 without work permits).

However, this did little to avail economic tensions, and the Palestinian Authority, which is the West Bank's main employer, has shifted to emergency mode, paying workers only 60 percent of their salaries – in addition to cutting services across the board.

Meanwhile, the IDF said it is preparing for a possible escalation in the West Bank, both spontaneous and organized. The different scenarios include multi-site riots involving thousands of protesters, some armed, throughout the West Bank; simultaneous terror attacks; kidnapping and infiltration attempts; and a possible end to security coordination with the Palestinians, which they say is very unlikely, though a number of such cases have happened at a local level.

Yoav Zitun, Elior Levy and Reuters contributed to this report.