A find at the Tel Aviv site
Photo: IAA

The 5,000-year-old fragments are first evidence of Egyptian settlement so far north; 'Tel Aviv has been city that never sleeps for thousands of years,' says archaeologist.

Israeli archaeologists have discovered ancient pottery fragments in Tel Aviv that were used to make beer 5,000 years ago.

"It turns out that Tel Aviv has been a city that never sleeps for thousands of years," said the Israel Antiquities Authority (IAA) in a statement. 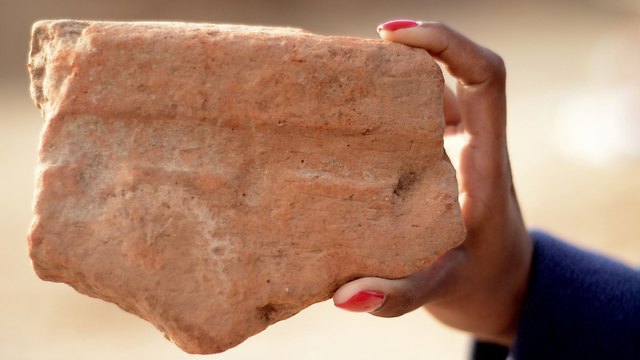 Remains of a basin used to brew beer (Photo: IAA)

The find, which proves the presence of an ancient Egyptian population predating the Early Bronze Age (3,000-3,500 BCE), was made on Hamasger Street in the heart of Tel Aviv. During the excavations, the IAA also uncovered 17 pits, which were likely used for storage of agricultural products. 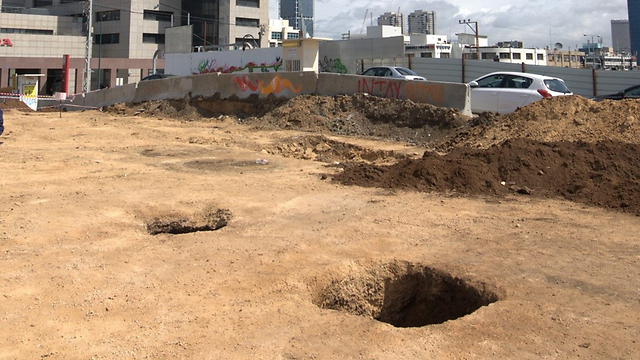 "Among the hundreds of pieces of pottery typical of the local culture, we found several large fragments of ceramic basins made in the Egyptian tradition, and used for making beer," said Diego Barkan, director of the excavation for the Israel Antiquities Authority.

"These dishes had straw or other organic matter added to strengthen them, a method that was not integrated into local industry."

According to Barkan, dishes of this kind were discovered in an ancient building in the region of Moshav Ein HaBesor in southern Israel, but the fact that an ancient Egyptian population had lived in Tel Aviv came as a surprise to the researchers. "This is the first evidence of Egyptian settlement in central Tel Aviv during this period and the evidence of the northernmost Egyptian community in the Early Bronze Age," said Barkan. "Now we know that the ancient Egyptians also appreciated what the Tel Aviv region had to offer, and were able to enjoy a glass of beer, just like today's Tel Avivians." 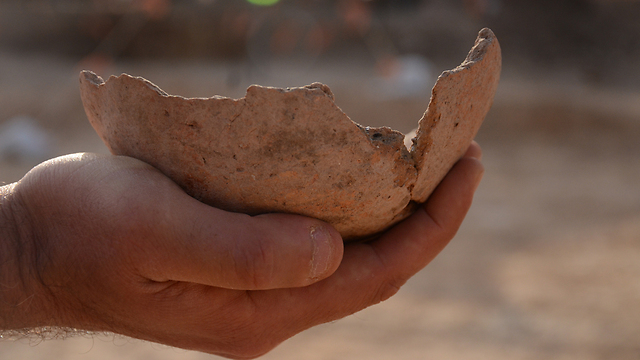 According to archaeologists, beer was consumed by the entire population, regardless of class, gender and age. Archeologists are still trying to determine if this was a drink for special occasions or was consumed regularly.

As far as researchers of the Israel Antiquities Authority are aware, the beer was made from a mixture of barley and water, partially brewed and then left to ferment in the sun.

Different fruit concentrates were added to the beer, to improve its taste and aroma. The mixture was filtered using special tools.

In addition to the beer, the excavations uncovered a copper dagger and a flint tool from the Chalcolithic period (6,000 years ago).

Moshe Ajami, a Tel Aviv district archaeologist for the Israel Antiquities Authority, said that the excavation site on Hamasger Street is expected to close today.