The research department at Yad Vashem has located a Passover Haggadah written between the pages in the diary of Regina Honigman, a Jewish Holocaust survivor who was imprisoned in Gabersdorf labor camp in Czechoslovakian side of the Sudetes mountains. The Jerusalem-based institution has now begun to search for the women named in the document.

"We were once slaves in Egypt," wrote Honigman, "and now again in Gabersdorf. In history we were subject to your grace/mercy to prevent us from being swallowed up (in the parting of the Red Sea) . . . The day of salvation will come to Gabersdorf." 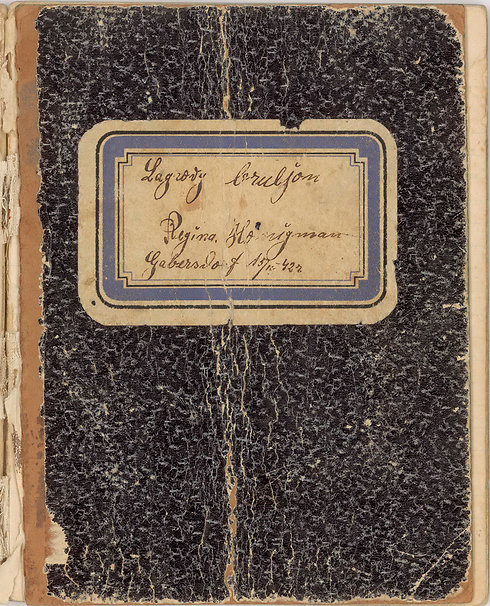 The cover of the diary penned in the Nazi labor camp
Symbolizing liberty and hope, Passover held special significance in the camp where young women were sent for forced labor. The singular Passover Haggadah found in Honigman's diary included quotes and poems written by her fellow prisoners. Honigman was born in 1918 in Wyrzysk, Poland. She was sent to the camp during the German occupation and was put to work in a factory that made linen thread. 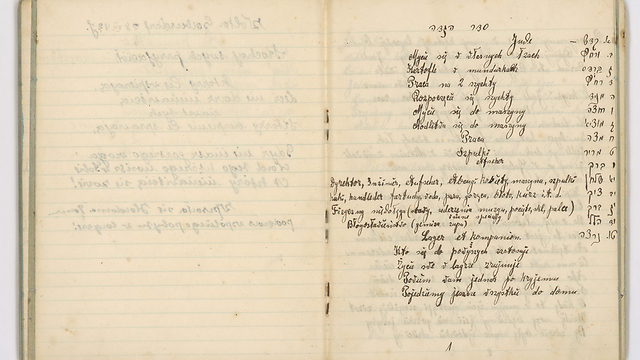 The alternative Haggadah inside the diary
"At long last, the long-awaited moment approaches," she wrote in one diary entry. "I am going to sleep and my eyes are closing from exhaustion… But we, dreaming of liberty, cannot fall asleep… a cry emerges from my imprisoned heart… We are not discouraged, because we have a rebellion in our hearts. We will achieve a better tomorrow in the land of Israel. Amen!!!" Besides her diary, Honigman also wrote letters. In one addressed to her mother in honor of Mother's Day, she wrote: "I think of you during every step, morning and night always… Mother: Always be happy – may the sun shine for you so that I may scatter flowers on your path in life…" 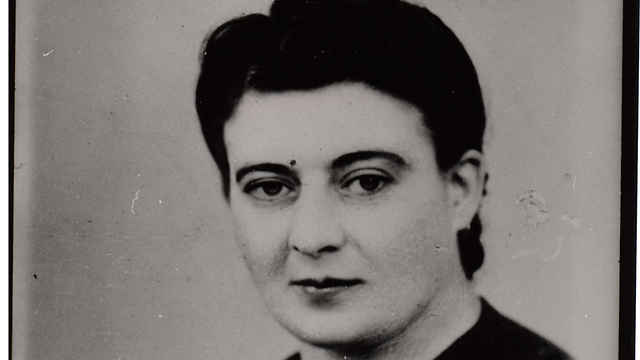 The diary names a large number of women who were imprisoned in Gabersdorf. Yad Vashem has asked for help locating the women or their relatives.

"The discovery of the diary will help expand the research into this unique author and will allow us to learn additional details about these courageous women and about the news lives they built after the war, when they were liberated from slavery," says Yad Vashem Chairman Avner Shalev.

Yad Vashem is asking for anyone who has any information about any of the women, or Gabersdorf in general, to contact the museum by phone at +972-2-6443598 or e-mail at michael.tal@yadvashem.org.il or sara.shor@yadvashem.org.il.

The names (and locations in Poland) mentioned in the diary: