Gov. Walker says he expects to meet with Netanyahu in Israel

Likely Republican presidential candidate says it is his 'hope and expectation' to meet prime minister when visiting Israel to gain understanding of Middle Eastern issues.

As he prepared to depart for a western European trade mission, Walker told The Associated Press in an interview Thursday that the Netanyahu meeting in mid-May is not yet confirmed, but that it's his "hope and expectation" it will happen. 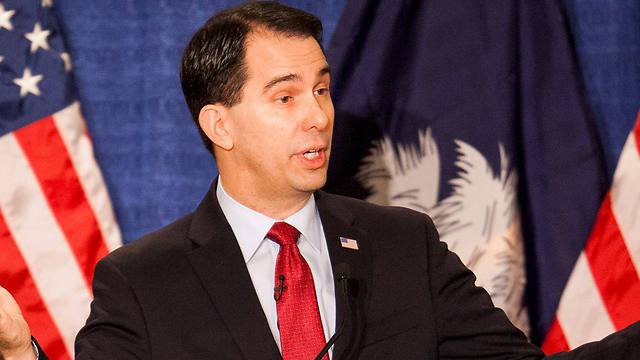 Wisconsin Governor Scott Walker speaks to supporters during a lunch in South Carolina (Photo: Reuters)
A spokeswoman for Walker's political group, Our American Revival, did not immediately confirm Friday whether the meeting has been set up.

Walker met with British Prime Minister David Cameron during a trade mission to London in February. Walker departs Friday for visits to Germany, France and Spain.

Walker originally planned for his Israel trip to be a taxpayer-funded trade mission, but he determined that was impossible because the "overwhelming majority" of those who wanted to meet with him in Israel had a political interest. His political arm is footing the bill. 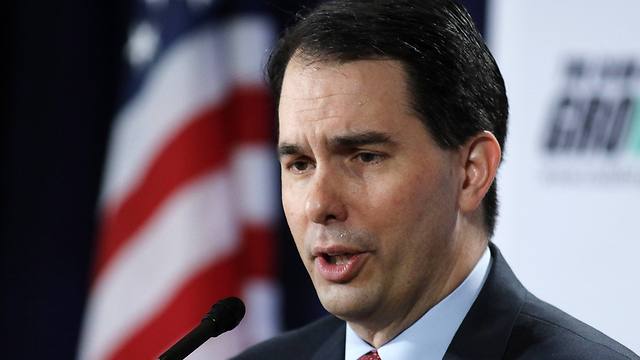 Walker said his goal is to meet with Netanyahu and other members of the Israeli government to get an understanding of the issues facing the Middle East.

Walker has recently hired foreign policy experts to help bolster his credentials, and the Israel visit will be his third trip overseas in four months as he prepares for a likely White House bid.

Among likely candidates for the Republican nomination in 2016, Walker and former Florida Gov. Jeb Bush are so far receiving the most attention. Hillary Rodham Clinton, who is expected to announce her candidacy on Sunday, is considered the leading contender for the Democratic nomination.