The IDF's satellite systems sprang into action when it was feared that Niv Asraf had been kidnapped, highlighting the expansion of this capability after unprecedented use in Operation Protective Edge.

Less than an hour after the IDF set up a huge control room in Kiryat Arba to deal with apparent kidnapping, commanders were watching a live satellite feed of Palestinian towns near Hebron, hundreds of kilometers away. For some in the control room, the technology was familiar. Commanders of Golani, armored, and engineering units joining the search for Niv Asraf had used advanced satellite systems in last summer's Operation Protective Edge. 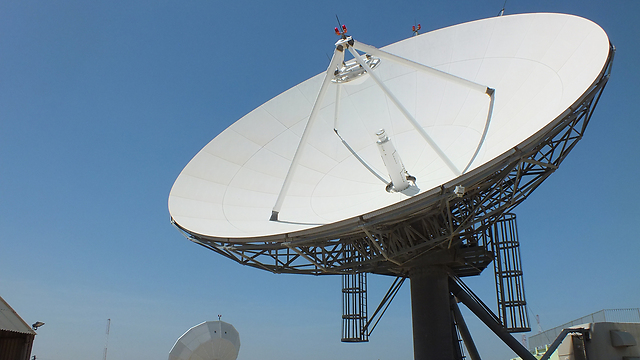 Satellite farm in the western Negev (Photo: IDF Spokesman Unit)
The reconnaissance system's infrastructure includes a satellite orbiting 400-600 kilometers (about 250-375 miles) above the earth, which broadcasts images to a station on the ground and on to the High Command's observers at IDF headquarters. The feed can then be transmitted to a commander in Gaza or an agent carrying out a covert operation, for example. In the absence of relay stations or antennas, a satellite link is the only mode of communication.

Satellite communication provides a particular advantage in operations to foil weapons smuggling; in 2014's Operation Full Disclosure, the Chief of Staff watched the seizure of the Klos C ship, 1,500 kilometers (about 930 miles) from Israel. While glitches can interfere with transmissions, Lt. Col. Omer Cohen from the Computer Service Directorate of the Emirim battalion said the military has a series of backups. If one system fails, he explained, the broadcast jumps to a backup system automatically within a tenth of a second.

The IDF has increased its satellite program by more than 100 percent in the last four years, but there are some problems. Two of the main challenges facing military satellite systems are the bandwidth used for transmission and the frequency limit. 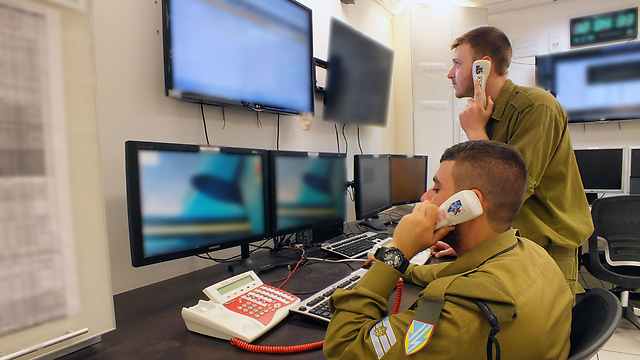 "During an operation using satellite communications, our teams make technical situation assessment and make sure there are no glitches, because of the importance of the system," said Captain Lior Shariki from an Emirim company.

Some battalion and brigade commanders fighting in Operation Protective Edge used satellite technology that was until recently the province of the IDF's elite units. One system used in the operation was a relatively large terminal carried by a vehicle such as a Hummer or APC, which has the advantage of high bandwidth. Ground forces had much smaller personal terminals weighing 13 kilograms (about 29 pounds), which soldiers could set up in minutes.

The price of an average satellite terminal could reach about USD 100,000. Col. Yariv Nir, head of the operations branch in the Computer Service Directorate, said the next two years will see a constant increase in these systems. "It's easy to see what this capability will do to the battlefield. The commander in the field will no longer depend on the General Staff to provide satellite capabilities from IDF headquarters."